Home Real Housewives of Beverly Hills News RHOBH’s Kyle Richards Confronts Camille Grammer About Mean Tweets, Accuses Her of “Annihilating” the Cast and Explains Why She Can’t Trust Her as Camille Blasts Co-Stars as “Witches” for Attacking Her During Season 9 Reunion

RHOBH’s Kyle Richards Confronts Camille Grammer About Mean Tweets, Accuses Her of “Annihilating” the Cast and Explains Why She Can’t Trust Her as Camille Blasts Co-Stars as “Witches” for Attacking Her During Season 9 Reunion 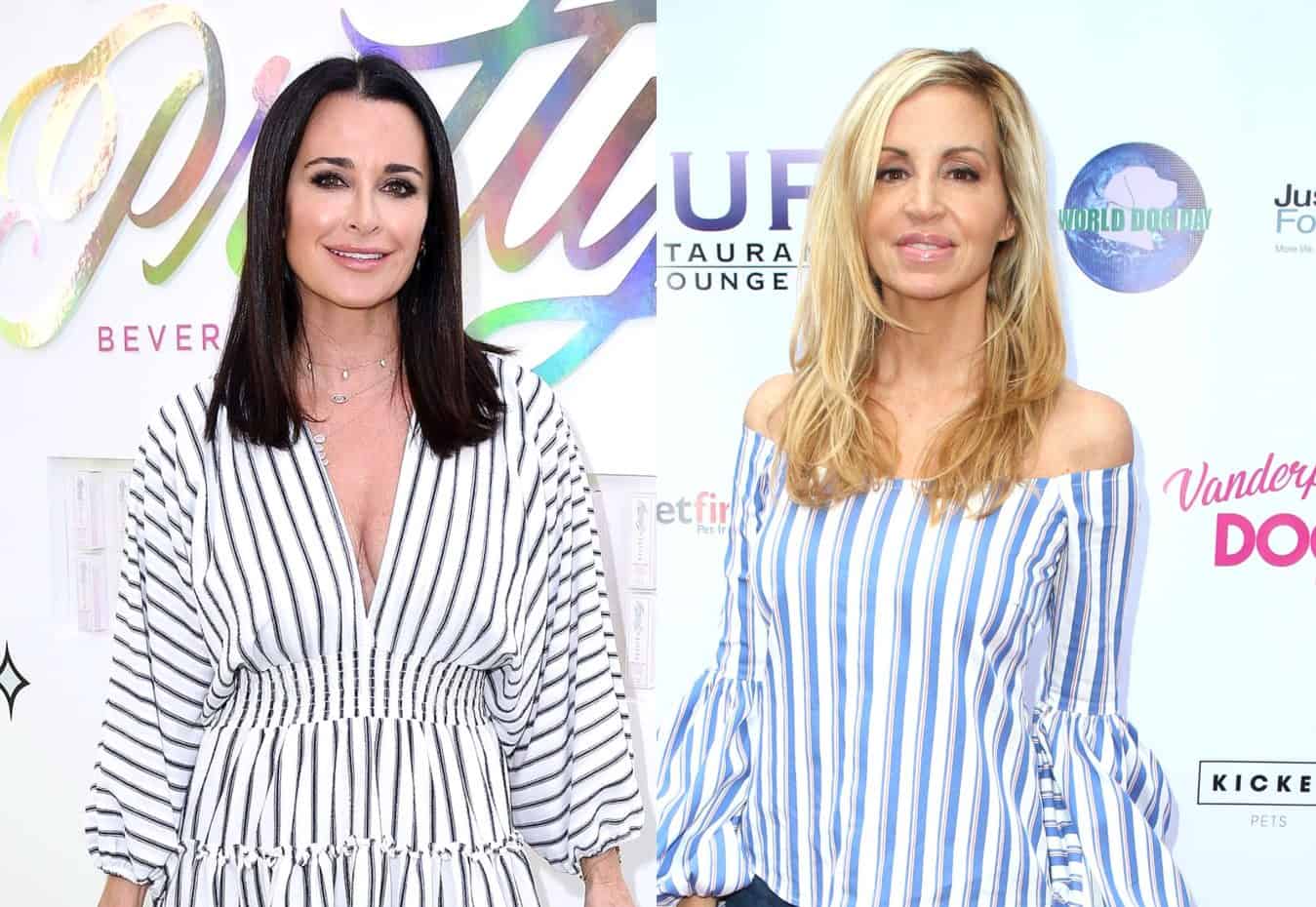 Kyle Richards will be seen confronting Camille Grammer about the mean tweets she’s shared on this Wednesday’s new episode of The Real Houswives of Beverly Hills.

In a sneak peek at the upcoming episode, which Camille reacted to on Twitter, Kyle is seen accusing her longtime cast mate of “annihilating everybody” and giving her reason not to trust her as Camille attempted to explain her behavior before claiming Kyle should have had her back during the season nine reunion.

“I don’t know where the anger towards me came from. I mean, the tweets!” Kyle began in the preview clip. “Every time someone tweeted something mean or hurtful, you were ‘liking’ and saying [rude] things about every single one of us across the board. You were coming through and annihilating everybody.”

According to Camille, she was so upset with her co-stars after filming season nine, especially Denise Richards, who suggested she was “on something” during the RHOBH reunion.

After saying in a cast confessional that Camille always has a “big opinion on Twitter,” Kyle told Camille she would respect her more if she told her how she feels to her face. Meanwhile, according to Camille, she treated the cast in the way she did because she felt as if everyone was coming for her at the reunion.

“I did feel that I was on the attack. I felt like, ‘Okay, who’s going to take their turn next to go after Camille?’ And after a while, it’s like enough is enough. I just lost my house. There’s only so much one person can take,” she explained.

Continuing on in a confessional, Camille told the camera, “I felt like they were the witches that came together, stirring their cauldron and saying, ‘We’re all together on this and our common enemy is Camille!'”

“You did not stand up for me and that’s why I got hurt,” she continued to Kyle.

“I had a very hard time standing up for you because of the things that were coming out of your mouth,” Kyle replied.

On Twitter, after the sneak peek of next week’s show was shared, Camille was seen reacting to the clip.

“Here we go again..,” Camille tweeted, along with a rolling eyes emoji and the tears of joy emoji.

Then, after a fan told Camille she “must be glutton for punishment,” Camille responded, saying, “Lol.” 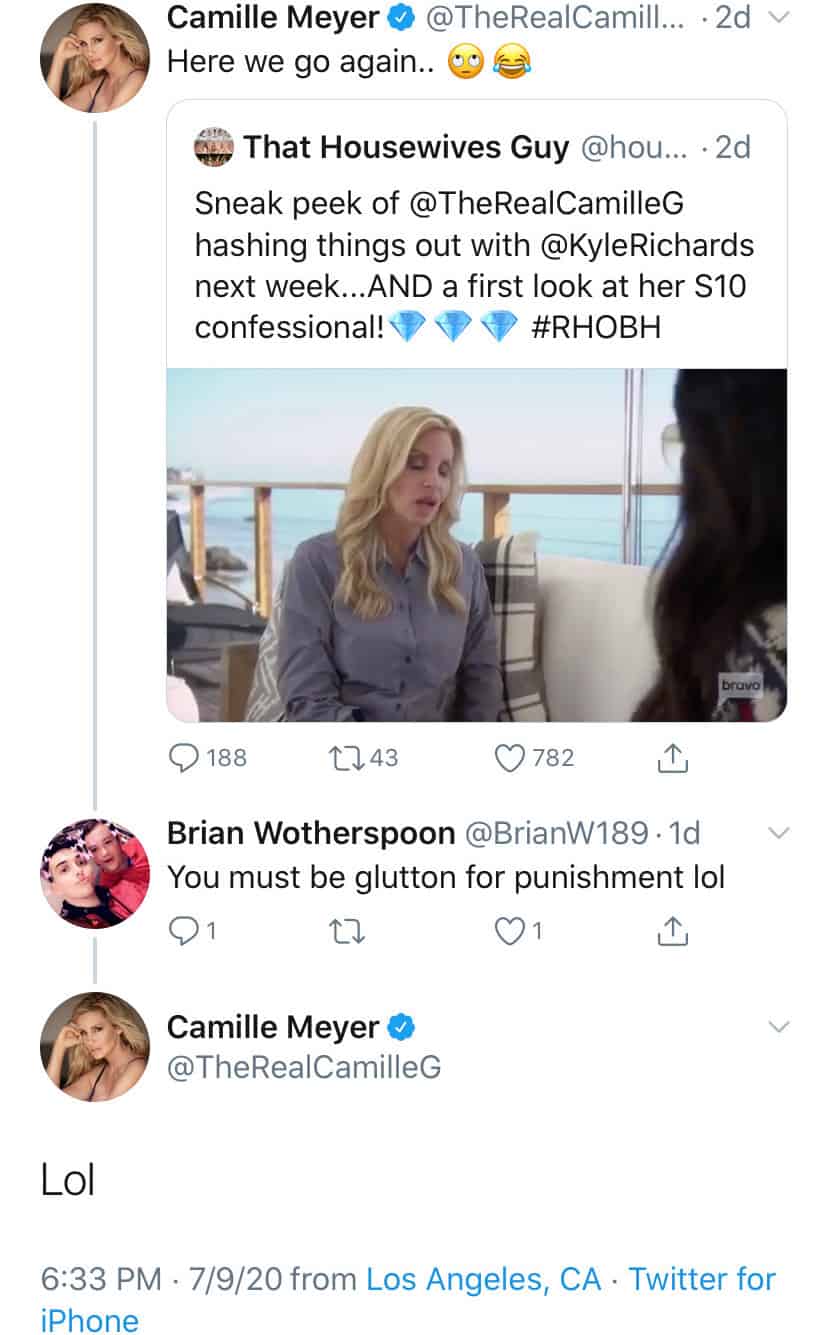