Home Real Housewives of Beverly Hills News Camille Grammer Shades Denise Richards at RHOBH Reunion! Suggests She Didn’t ‘Work as Hard’ as Her in Feud Over Their Divorces, Clarifies Her Comments on Twitter

Camille Grammer Shades Denise Richards at RHOBH Reunion! Suggests She Didn’t ‘Work as Hard’ as Her in Feud Over Their Divorces, Clarifies Her Comments on Twitter 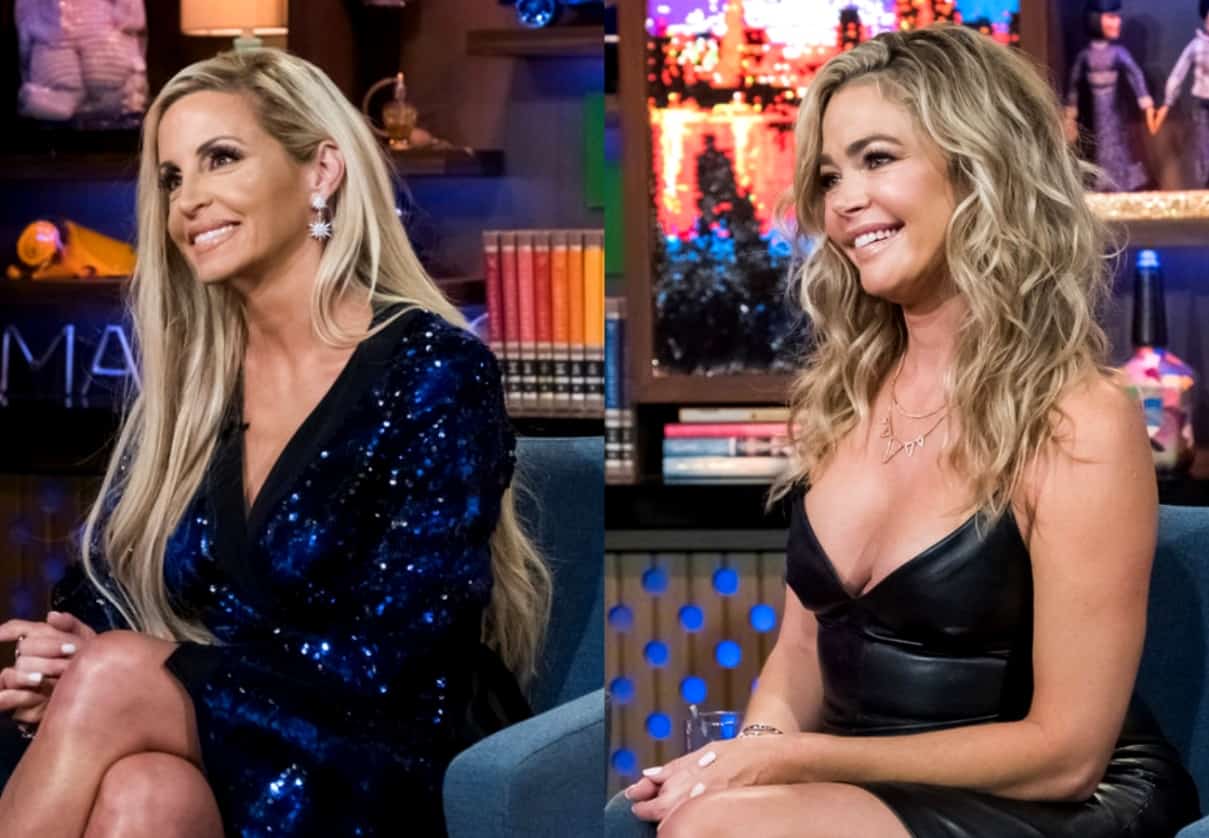 Camille Grammer will be seen speaking about Denise Richards‘ past marriage to Charlie Sheen on tomorrow night’s episode of The Real Housewives of Beverly Hills season nine reunion.

Before seemingly taking aim at Denise’s acting career and suggesting she didn’t work as hard as she did, Camille was asked what she thought about Denise and Charlie not having a prenup.

“Well I was married for 13 years,” Camille explained in a newly released clip from the reunion, adding that she doesn’t know if Denise should have asked for half.

During an episode of the RHOBH earlier this season, Denise was seen explaining that while she could have asked for half of what Charlie was making at the time of their split, she didn’t do so because she “ain’t a greedy f**king wh**e.”

“Charlie was almost bankrupt before we got married,” Denise informed Camille.

“Got it,” Camille replied. “Well, I don’t know much about… I’m sorry I didn’t follow you that much. I can only speak about myself.”

“I just felt that, you know, working… and I worked hard. I just didn’t sit back, buying fancy clothes, and shoving bonbons in my face. I mean, I worked hard,” Camille stated, suggesting Denise’s own work didn’t amount to much.

While the sneak peek ended there, the ladies continued to discuss the matter backstage as they got touched up before heading back to set.

“I don’t understand what’s going on with Denise about the money stuff… I just didn’t expect that,” Camille told her hairstylist. “Everybody’s divorce is different. Their settlement is different. I can’t figure out what it is that gets her about that.”

“Oh my God, wait until we get into all of this Camille sh*t. I think she’s just being really mean,” Denise told co-star Teddi Mellencamp in her own dressing room. “Maybe she’s not a happy person.”

Following the release of the sneak peek, Camille shared a couple of posts on Twitter in regard to the content of the clip.

“And in the duration of spousal support. I don’t know what Denise was trying to insinuate when the law is clear,” she added in her second post.

And In the duration of spousal support. I don’t know what Denise was trying to insinuate when the law is clear. @usweekly

Camille appears to be referencing a California law that says a spouse is entitled to 50% of the couple’s earnings, assets, and/or community property acquired during the marriage, following at least 10 years of marriage. Camille was married to Kelsey for 13 years, which meant she was entitled to 50%. However, since Denise was only married to Charlie for five years, she would likely not have been entitled to 50%.