Lisa Rinna Reveals the Questions She Wanted to Ask Lisa Vanderpump at the RHOBH Reunion, Plus Camille Grammer and Andy Cohen React to Lisa’s Absence 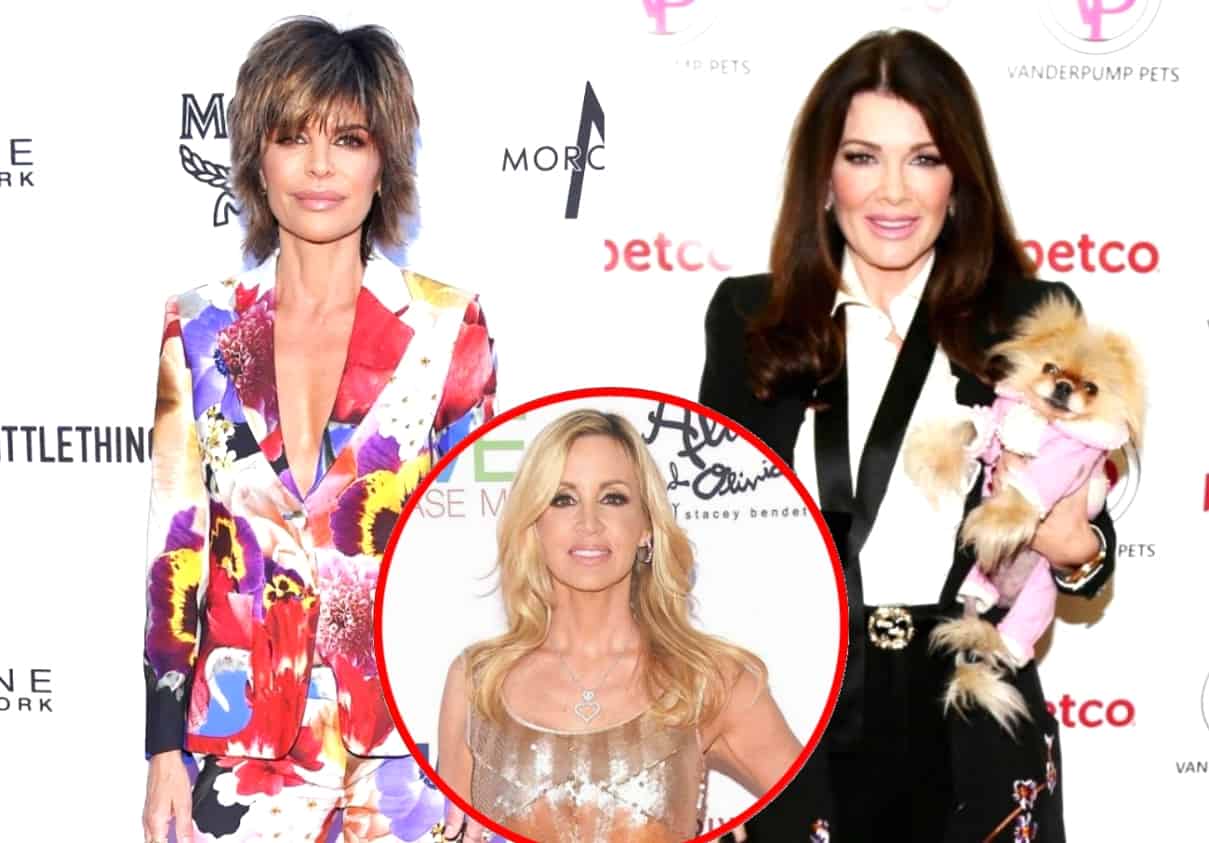 The Real Housewives of Beverly Hills cast members reacted to Lisa Vanderpump‘s absence at the season nine reunion during a series of interviews taken backstage during the reunion taping.

Before joining her co-stars on stage to film the special episode, Lisa Rinna revealed the questions she would have loved to ask Lisa V. if she had attended the reunion. Camille Grammer and Andy Cohen also shared their thoughts on Lisa V. opting out of the taping.

“I have a lot of questions actually that I would have asked her,” began Lisa. R. “[Like] why she left and stopped filming. What was her reason? And why she called us bullies and mean girls.”

“It’s really hard to be a bully when you don’t see somebody for eight months,” she added.

Although Camille said she had “a lot of empathy towards” Lisa V., she too wanted her to be at the taping.

“I have a lot of empathy for her and I [understand],” Camille explained. “Even though I empathize with her, I think she should have shown up to express her feelings. This was her time to say, ‘Hey ladies, I was going through all of this.’ She’s not allowing herself that opportunity and that’s sad.”

According to the show’s newest cast member, Denise Richards, Lisa V. “should have” attended the taping and fulfilled the requirements of her contract with Bravo TV.

“We’re all here. We all put our lives out there and we’re all vulnerable. I think we all, when we agree to do a show like this, you have to fulfill the commitment and show up and I think she absolutely should have been here,” she said.

As for Andy, he was “bummed” Lisa V. decided to skip out on filming.

“I thought it would be a great opportunity for her to address her issues with the other women and them with her,” he reasoned. “I don’t think that they are that deep and I think the further you step away from it and just look on social media and listen to other people chirping, it becomes worse and worse. I was actually hopeful that she would come and there would actually be some resolution.”