Lisa Vanderpump Reveals RHOBH Costars Had ‘Secret Meeting’ that Caused Her to Stop Filming with Them, Talks Blocking Kyle and Slams Camille for ‘Vitriolic’ Statements 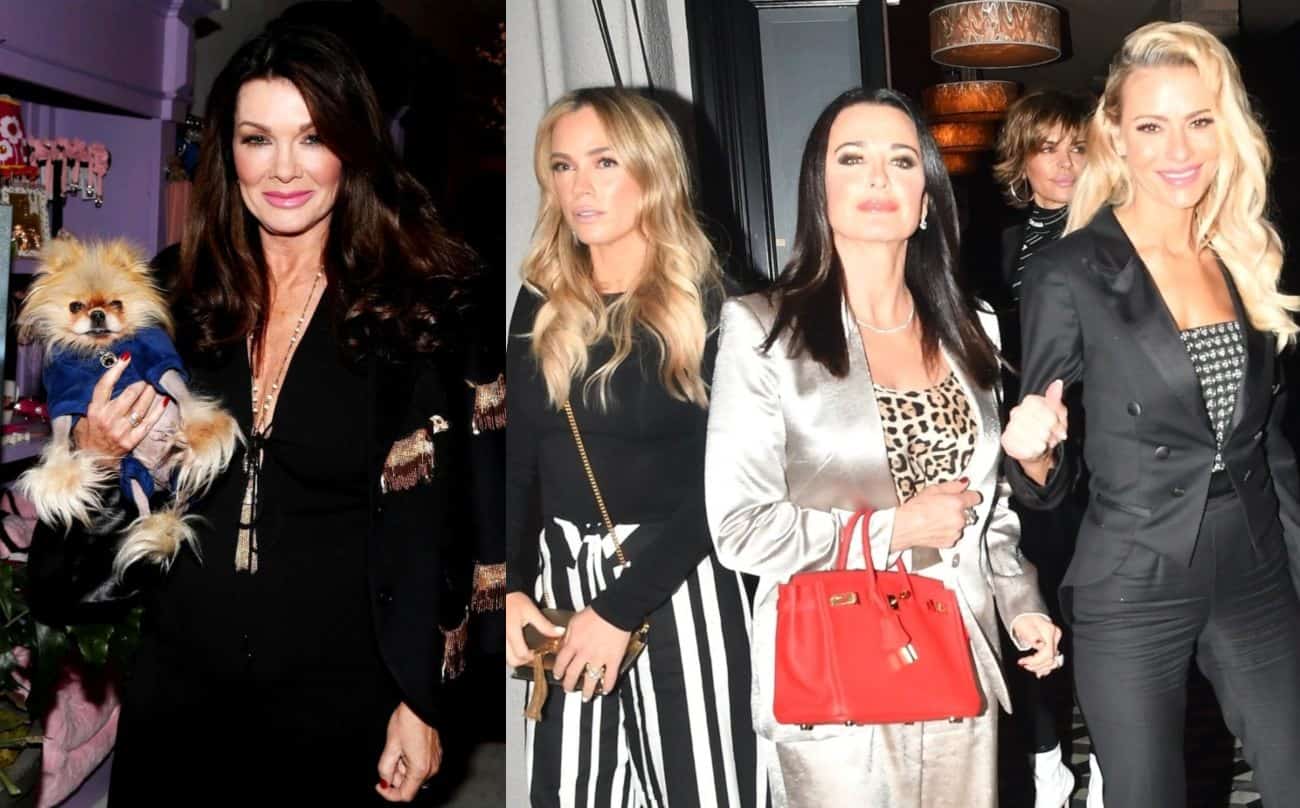 Lisa Vanderpump is finally revealing the real reason she stopped filming with her Real Housewives of Beverly Hills castmates.

In a new blog posted to her personal website on April 16, Lisa first addressed the recent comments made by Camille Grammer about her teeth before taking aim at former friend Kyle Richards and dishing on a secret meeting that led to her current estrangement from the cast.

“I was totally unaware that Camille had spewed such garbage and salivated over my absence from the group until I was enlightened, courtesy of Andy on WWHL,” Lisa wrote. “To conjure up vitriolic statements about a person, with no regard for their feelings or ramifications that might ensue, is abhorrent.”

According to Lisa, Camille’s comments attacking her physical appearance were on “another level” and while she did apologize on Twitter, Lisa said “the hurt still lingers.”

As for Kyle, Lisa said it was a shame to see that the news of the passing of H.Res.401, which outlaws dog meat trade, was glossed over because it happened on the same day that Kyle “launched her attack.”

Lisa once again denied leaking a story about Dorit Kemsley abandoning a dog to Radar Online, stating if she wanted to leak something, it would have been the good news about the resolution.

“If I was more interested in my own image than my friendships, as [Kyle] vociferously stated, the success of the resolution passing should’ve been in the press, not a negative dog dumping story that could potentially harm our Foundation,” Lisa said.

Lisa then dropped a stunning bombshell when she reveals the reason she stopped filming with her co-stars. According to Lisa, an hour after her dramatic fight with Kyle at her home, she went out with her husband, Ken Todd, and a friend of theirs, when she ran into Kyle at the Polo Lounge, where Kyle was enjoying time with their co-stars, Dorit and Teddi Mellencamp, both of whom have been adamant that Lisa leaked the story.

Looking back, Lisa claims this proved to her that her co-stars manufactured a “well-orchestrated plan” that they “executed to perfection.”

“So after KR left, an hour later Ken, my good friend Elena and I went to the Polo Lounge just a short while after the emotional nuke,” shared Lisa. “And there it was… KR, DK, TM huddled in a corner chewing the fat. I was disgusted and knew it was a well-orchestrated plan, that had been executed to perfection.”

It’s not out of the ordinary that the Housewives have dinners or events that don’t get filmed, during the months of filming, but it is usually the norm to talk about it on camera if it’s significant to a storyline. Lisa’s revelation is rather surprising as the next day after the showdown, Kyle was shown talking to the rest of the cast, minus Lisa, and there was no mention of Kyle’s meeting with Dorit and Teddi from the previous night.

Although Kyle texted birthday wishes to Lisa the day after their dispute, Lisa wasn’t impressed and slammed the gesture as “hollow” and “insecure” before pressing “the BLOCK button.”

“The fact that she clearly doesn’t mourn the loss of the friendship, is evident in the ‘Goodbye Kyle’ scenarios on her social media in which she mocks my husband,” Lisa shared. “When a relationship is in tatters it would be challenging for me to mock the other party.”

After her falling out with her co-stars, Lisa sought counseling and began taking antidepressants in an effort “to regain some sort of normalcy.” She also removed herself from the drama of the RHOBH.

“I was in a place where I was searching for happiness and it was not to be found with this group of women…It wasn’t just a case of distancing myself, I was trying to emerge from under the dark cloud that had shrouded me, it was a case of protecting myself,” she wrote.