Home Real Housewives of Beverly Hills News Find Out Why Lisa Vanderpump ‘Feels Betrayed’ by Kyle Richards and If She’s Open to Rekindling Their Friendship, Plus Why Kyle’s Feeling ‘Very Sad’ and RHOBH Live Viewing Thread!

Find Out Why Lisa Vanderpump ‘Feels Betrayed’ by Kyle Richards and If She’s Open to Rekindling Their Friendship, Plus Why Kyle’s Feeling ‘Very Sad’ and RHOBH Live Viewing Thread! 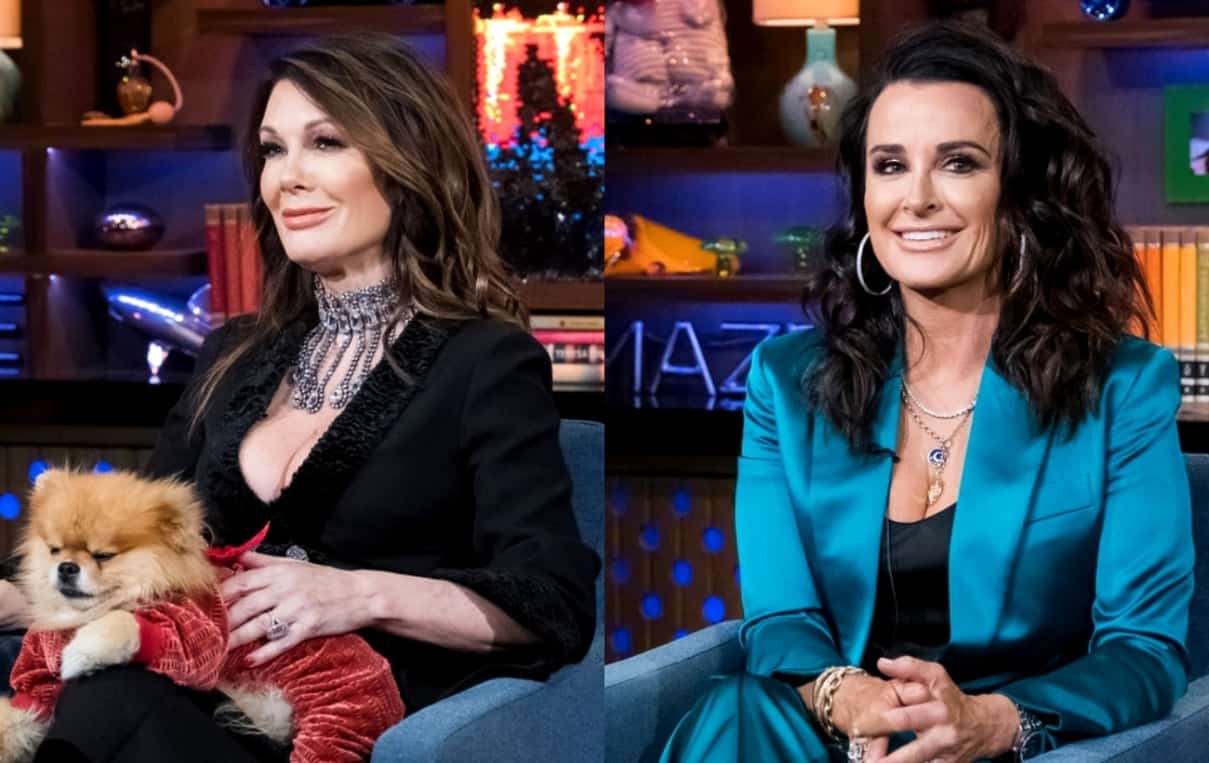 Lisa Vanderpump reportedly “feels betrayed” by Kyle Richards amid their feud, as Kyle is said to be feeling “very sad” over the end of their friendship.

According to a new report, Lisa believes Kyle pushed things “over the edge” when she recently poked fun at their Real Housewives of Beverly Hills fight but is also missing the friendship she once had with her “dear friend” Kyle.

“[Lisa is] confused as to why Kyle is claiming she’s upset that they aren’t friends anymore because Lisa honestly feels betrayed by Kyle and Lisa feels like she’s done nothing but be loyal to Kyle,” the source explained to Hollywood Life.

As for why Lisa feels particularly betrayed, the source states it has to do with Kyle interjecting herself into the Puppy Gate drama, which originally had to do with a dog Dorit Kemsley adopted from Vanderpump Dogs ending up at a shelter.

“Lisa feels that Kyle butted into a situation that had nothing to do with her, not to mention, accused her of lying, which really bothered Lisa,” the insider continued.  “Of course Lisa is sad she lost such a dear friend in Kyle, but Lisa feels Kyle hasn’t tried very hard to repair it. Having said that, both ladies seem open to a conversation eventually, but Lisa is really hurt over these videos right now.”

Following last week’s episode of The Real Housewives of Beverly Hills, Kyle filmed a video of herself yelling, “Goodbye Kyle,” as Ken Todd did to her while tossing her out of his home, in front of SUR Restaurant and prompted many others, including Erika Jayne and Lisa Rinna, to embark on the “Goodbye Kyle” challenge.

Although Kyle has faced a backlash from fans who felt her “Goodbye Kyle” video was quite mean, another insider said she is “very sad” that her friendship with Lisa has come to an end. That said, she hasn’t exactly forgiven Lisa for her alleged lies about Puppy Gate.

“Even all these months later, it did hurt to watch due to their history. But Kyle, along with her cast members who have her back, felt Lisa and Ken were completely out of line for the way they spoke to her and are not being truthful, hence why they’re all making the videos,” the insider told Hollywood Life. “They have no plans to stop and just want Lisa to tell the truth like they feel they are.”

RHOBH Live Viewing – This is also the live viewing thread for tonight’s new episode, so feel free to comment and chat below as the episode airs at 9/8c tonight on Bravo TV!  A preview clip is below, in which both Kyle and Lisa discuss the aftermath of their fight.