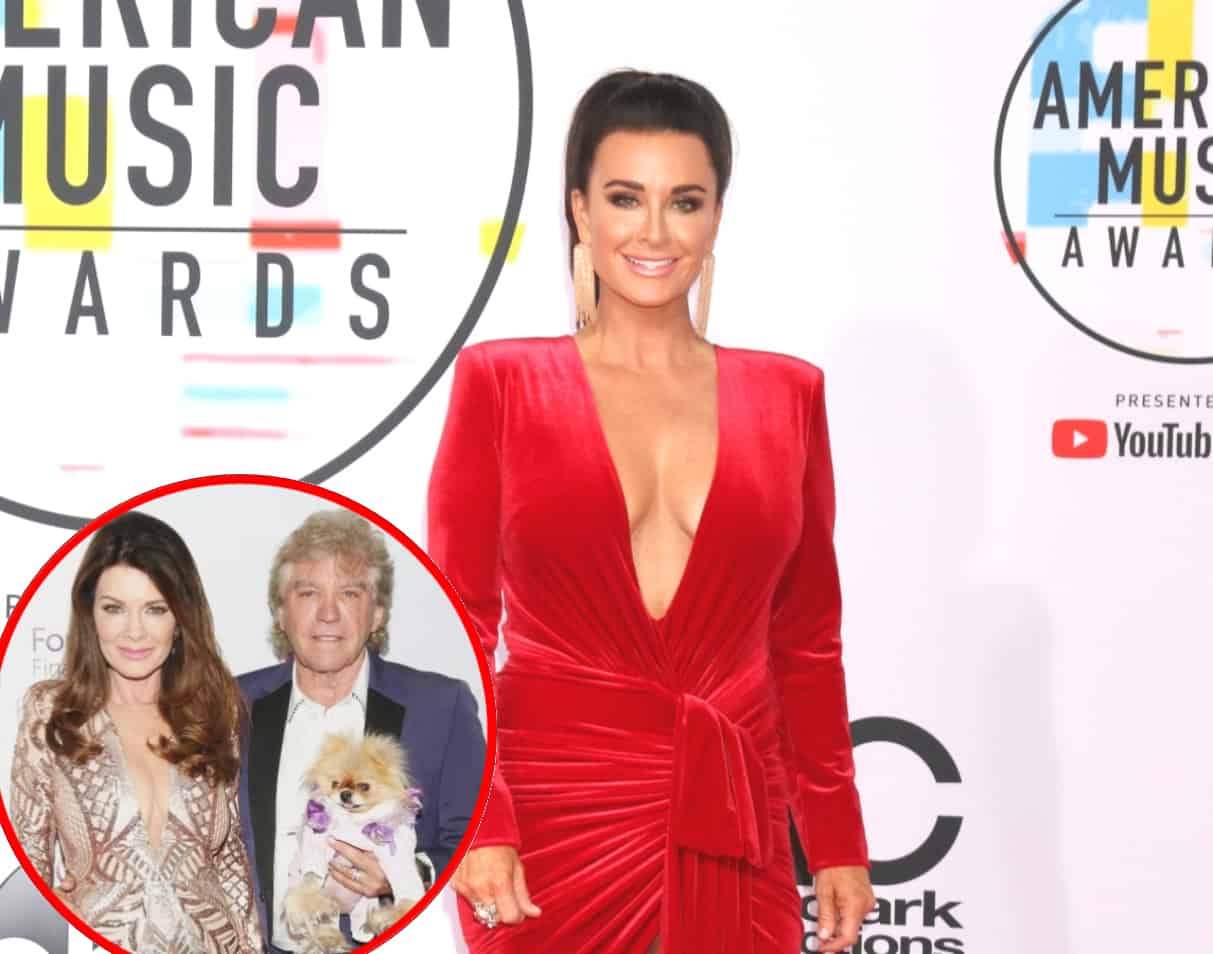 Kyle Richards is breaking her silence after she shared videos of herself seemingly mocking Ken Todd by saying “Goodbye Kyle” while standing outside of Lisa Vanderpump‘s SUR restaurant last week.

During a scene that aired on the April 2 episode of The Real Housewives of Beverly Hills, Kyle went to Lisa’s house to speak to her about the puppy gate drama and the article that had popped up online about it.  Amid their heated discussion over allegations Lisa leaked the story, Lisa’s husband Ken got involved, yelling at Kyle for not being a good friend. He would later ask her to leave their house after Lisa had tried to kick her out once, telling her: “Goodbye Kyle.”

Kyle took to her Instagram Stories on Sunday night to defend herself amid backlash from some fans of the show who felt she was mocking Ken and Lisa.

According to Kyle, this was her attempt to be in on the joke after some of Lisa’s fans started using the #GoodbyeKyle hashtag to tweet “rude” things to her.

“After Ken screamed at me and told me to get out of his house, he yelled “goodbye Kyle” in a very aggressive tone. After that, LVP supporters were tweeting me rude comments with the hashtag #GoodbyeKyle and posting memes with “Goodbye Kyle” as the theme,” she wrote.

Kyle continued, “When I walked past SUR with friends on the way to The Abbey, I made a joke about the now infamous “Goodbye Kyle.” It was my way of being in on the joke instead of taking it laying down.” 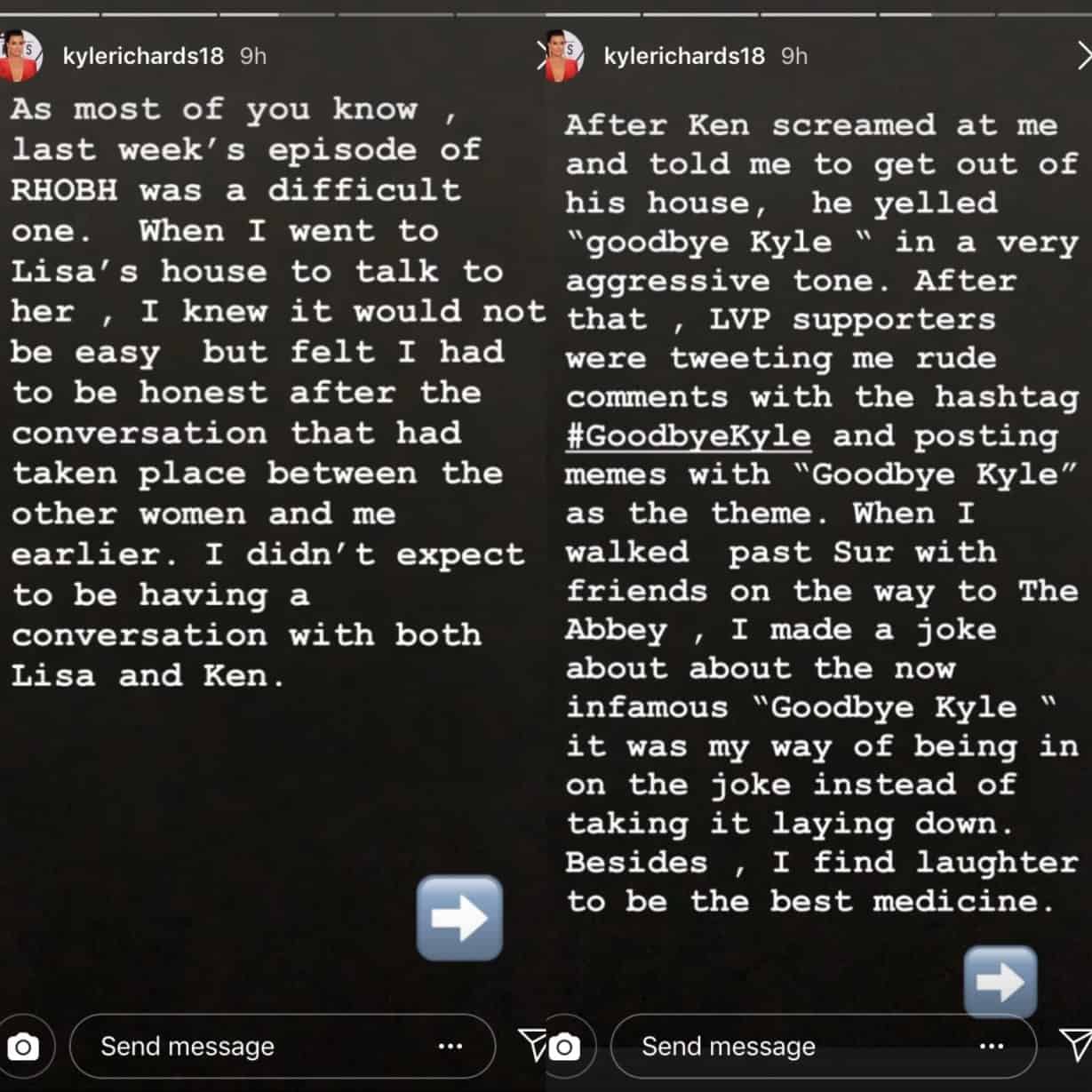 Kyle also addressed a shocking report that came out days ago, in which a RHOBH production source accused Kyle and some of her co-stars of “bullying” Lisa and attempting to get her off the show. According to Kyle, she has no desire in seeing Lisa exit the Bravo series.

“I have now read comments saying I was doing that to be mean because I want Lisa off the show. That is not true at all,” Kyle explains. “Lisa and I have had arguments in the past and never at any point did I want to do the show without Lisa.”

Kyle believes Lisa and Ken would prefer she make a joke out of the fight rather than making a big deal out of Ken’s behavior. She adds that she does “care” about them despite all that has taken place.

“This argument took place 7 months ago. Personally, I would think they would prefer me making a joke about it rather than making a big deal about a man getting up in my face,” Kyle wrote. “I have not taken that route intentionally as regardless of what happened between Lisa, Ken and me, I do care about them.” 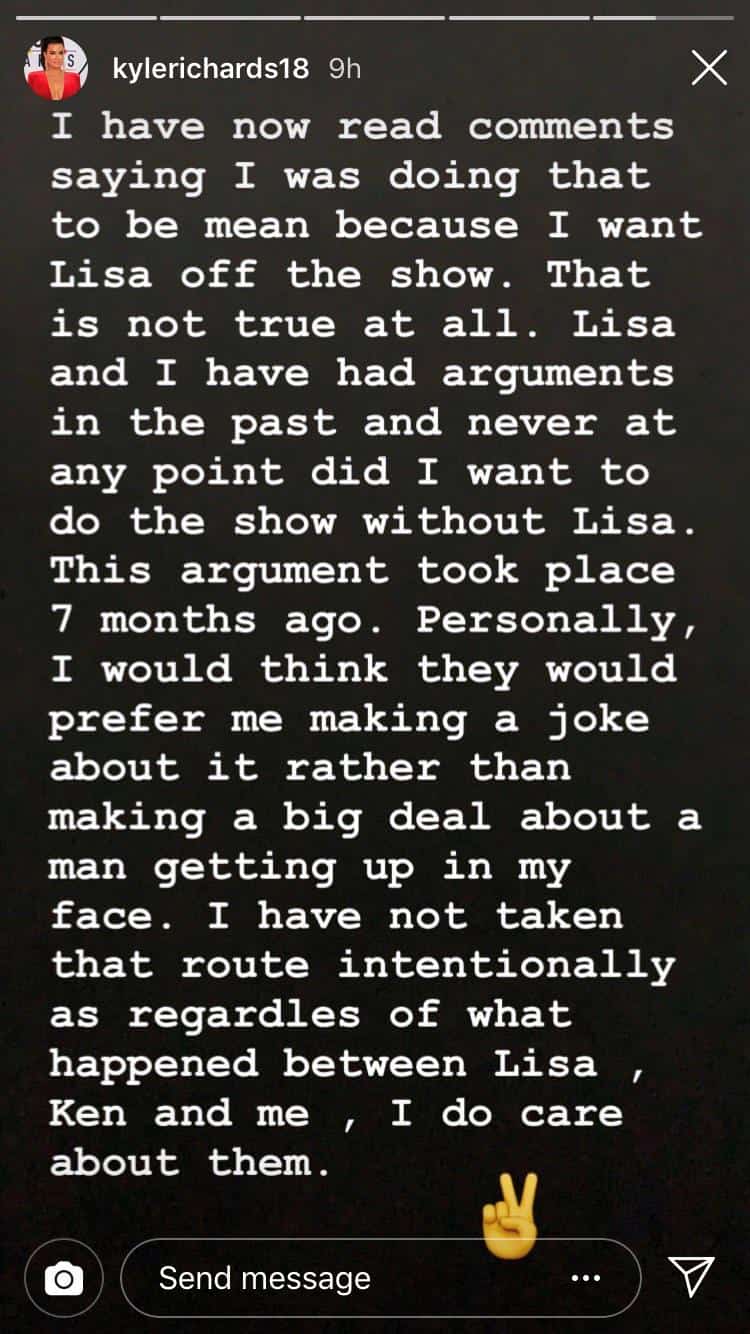 After Kyle started receiving backlash last week over her ‘Goodbye Kyle’ video taken in front of SUR, some of her castmates, including Erika Jayne and Lisa Rinna, attempted to defend her by starting a #GoodbyeKyle challenge on social media.