Home Real Housewives of Beverly Hills News REPORT: RHOBH Cast ‘Concerned’ Fans Are Turning on Them and Taking Lisa Vanderpump’s Side, Producers Upset With Them for ‘Bullying,’ Plus Are They Trying to Get Lisa Fired?

REPORT: RHOBH Cast ‘Concerned’ Fans Are Turning on Them and Taking Lisa Vanderpump’s Side, Producers Upset With Them for ‘Bullying,’ Plus Are They Trying to Get Lisa Fired? 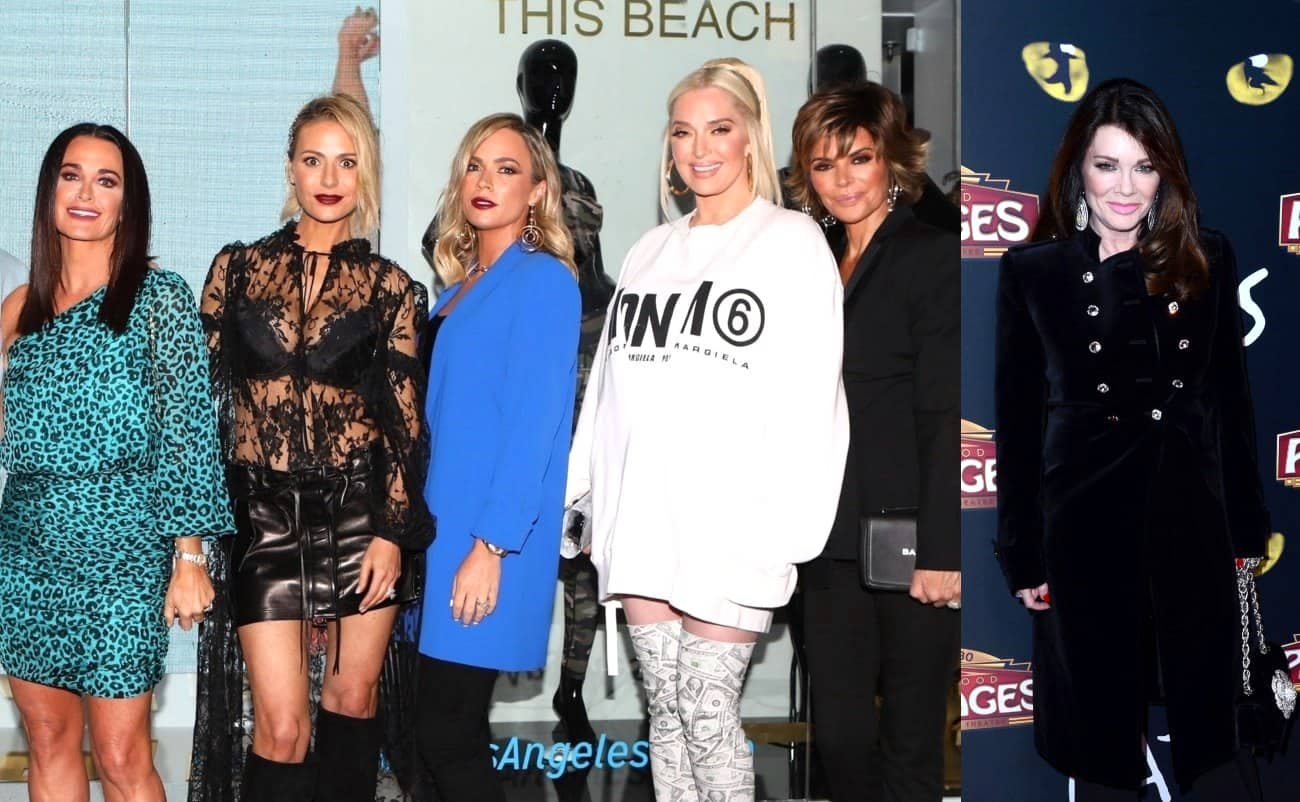 A Real Housewives of Beverly Hills production insider is speaking out against the cast’s treatment of Lisa Vanderpump following Kyle Richards‘ controversial “Goodbye Kyle” video on Instagram. In a shocking new report, this production source is accusing the cast of trying to get Lisa “off the show,” and revealing some of the cast members are “concerned” the fans are taking Lisa’s side over theirs.

After Kyle was seen mocking Ken Todd outside of  Lisa’s SUR Restaurant in Los Angeles, the longtime reality star was accused of “bullying” her former friend and attempting to have her fired from the show.

“This may seem funny to some people but this is bullying by our cast. The cast clearly want Lisa off the show and have gone beyond the production calendar to make sure they are targeting her off the show too,” the RHOBH production insider revealed to the Daily Mail on April 5.

According to the report, Kyle’s co-stars, including Teddi Mellencamp and Erika Jayne, are upset with fans who’ve taken Lisa’s side in the ongoing doggy drama of the series. As fans well know, most members of the cast believe Lisa planted a story that accused Dorit Kemsley of abandoning her dog Lucy, who she adopted from Vanderpump Dogs.

“This comes from a cast who are concerned that the fans have turned on them and are now on Lisa’s side. Even Kyle Richards is being criticized and she doesn’t handle criticism from viewers well,” the source continued.

While many have targeted Lisa for being the supposed puppet master behind the leaked story, the insider said the “real villain” is Dorit.

“She’s the one who abandoned two dogs. These women clearly have their priorities wrong,” the source explained.

The insider went on to point out that the ninth season of The Real Housewives of Beverly Hills could have spotlighted a number of other issues going on with its stars, including the $32 million lawsuit that was filed against Kyle’s husband, Mauricio Umansky, and his real estate firm, The Agency, or the financial woes of Dorit and her husband, Paul “PK” Kemsley.

“These are far juicier than the current storyline,” the source said. “I mean our team had their mouths drop open when Dorit was chased around the pool and called a ‘cheap b*tch’ in the Bahamas for an outstanding debt.”