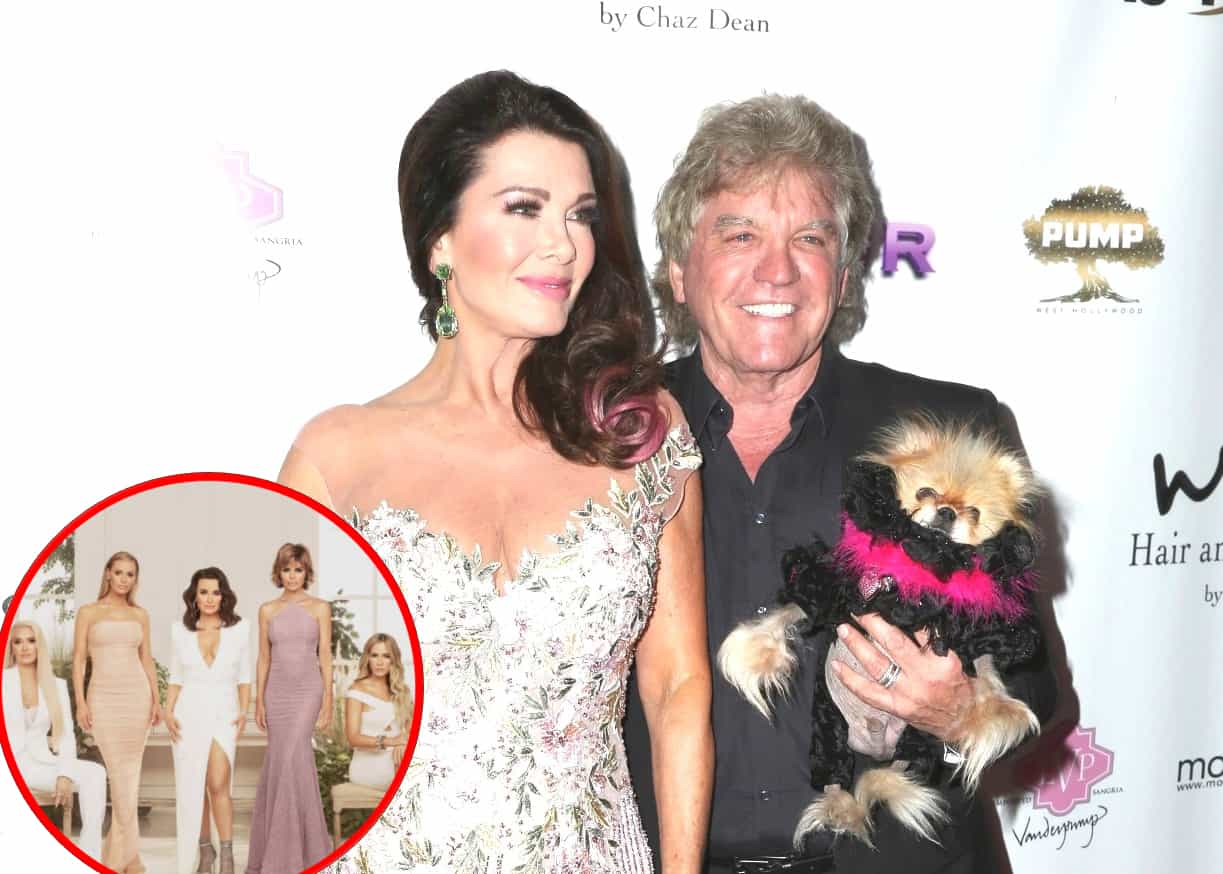 After watching as Kyle Richards, Erika Jayne, and Lisa Rinna mocked her husband Ken Todd‘s mid-fight statement to Kyle, a source claims the restauranteur has been left “insulted” by their social media digs.

“Lisa finds it insulting that the women of RHOBH are posting videos mocking Ken,” a source close to Lisa told Hollywood Life. “Lisa is embarrassed that she yelled at Kyle. However, she is so protective of her husband and hates to see other people make such fun of him. Lisa loves Ken with all her heart and they are both very protective of one another. Lisa knows Ken was just stepping in to defend his wife and he’d do it again in a heartbeat if he felt he needed to.”

During last week’s episode of The Real Housewives of Beverly Hills, Ken yelled, “Goodbye Kyle,” as he threw his wife’s former friend out of their home for suggesting Lisa had lied about her involvement in Puppy Gate.

After Lisa was accused of planting a story that suggested Dorit Kemsley had abandoned a dog she adopted from Vanderpump Dogs, a number of the longtime reality star’s castmates distanced themselves from her.

“It’s really all of the ladies in the cast versus Lisa,” the source continued. “She still talks to Camille and Denise here and there, but really, that’s it. She’s close with former housewife Joyce Giraud, but she’s not on the show anymore. Lisa really is surrounding herself with her nephews, children and her Vanderpump Rules cast and her Vanderpump Dogs Rescue employees, whom she’s close to. She has tons of support in spite of the current strains in the relationship with other cast members.”

Following the report, Lisa was confronted by a fan on Twitter who wanted to know if she considered her co-stars’ behavior to be bullying.

“So not only did Kyle do this childish IG post, but have you seen what Rinna did on IG? She got Harry Hamlin and her mother to mock the Goodbye Kyle as well. Isn’t this considered some sort of bullying?” the woman asked.

“I think so,” Lisa replied.