Home Real Housewives of Beverly Hills News RHOBH’s Camille Grammer Lashes Out at Lisa Rinna and Teddi Mellencamp for Their ‘Nastiness,’ Accuses Them of Lacking Empathy for Lisa Vanderpump

RHOBH’s Camille Grammer Lashes Out at Lisa Rinna and Teddi Mellencamp for Their ‘Nastiness,’ Accuses Them of Lacking Empathy for Lisa Vanderpump 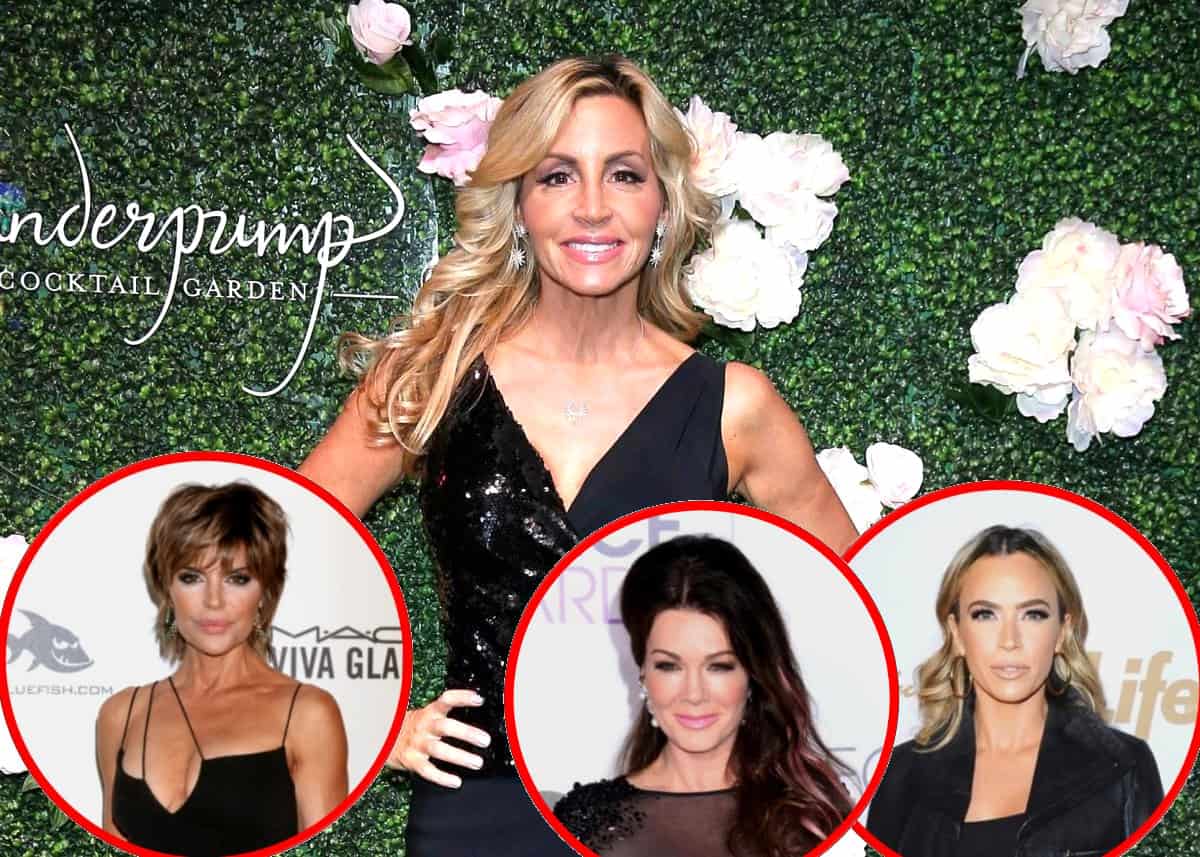 After the women accused Camille of letting Lisa Vanderpump off too easily after she skipped out on her wedding and proceeded to bring up a number of the issues they had with her behavior, Camille labeled Lisa R. as the cast’s “Instigator-in-Chief.” Camille slammed her co-stars for their “snarkiness” and “nastiness.”

“Why Lisa Rinna needed to make me the target of controversy with the ladies the morning after my wedding still escapes me,” Camille wrote in her June 25 blog. “We were witness to the accountability coach conveniently unable to remember her nasty comments to Erika. ‘Pretend Amnesia,’ a Teddi discovery, may have struck again. Kyle couldn’t refrain from getting in on the action and Lisa R prodded it along.”

During last week’s episode of the RHOBH, the women drunkenly accused Erika Jayne of failing to enjoy their company in France.

Although Camille did acknowledge that Lisa R. and Teddi had brought her clothing and pajamas after the loss of her Malibu home, she went on to criticize them for their lack of empathy. Camille also slammed Lisa R. and Teddi for taking aim at her due to her own empathy for Lisa V.

“The pretext for their snarky behavior is equally baffling—my empathy for their former best friend, Lisa Vanderpump. Empathy is apparently still in short supply in the Puppygate Girl Gang as the dinner following the Beverly Beach debut at Kitson turned into a ‘take Camille to task’ outing,” she wrote.

As fans may have seen, Camille stayed close to Lisa V. after her falling out with the rest of the cast. Because Camille remained neutral, many of her co-stars accused her of being two-faced.

According to Camille, her co-stars targeted her after sensing she was weak after the loss of her home. She slammed them for ambushing her with “scorn and antipathy” at their group dinner.

“I was one bite into my salad when the Instigator-in-Chief called on me to account for what I may have said about each of them,” Camille recalled. “The idea that, according to Lisa R and Dr. Arroyave, I have to ‘own it’ and submit myself to their inquisition and approval is ridiculous. They never ‘own it,’ nor take themselves to task.”

“At the dinner, I simply had enough of this and gave my unvarnished, unfiltered feelings about how I felt at the moment living in the aftermath of the losses I experienced,” she continued. “I felt bad immediately afterward for saying the things I said about Dorit as they hit below the belt. I wish I had not succumbed to their relentless pressure and made the remarks I made. I was hurting, taken by surprise, and overwhelmed by the enormity of events that I just experienced.”

Camille also said she regretted her comment about Denise Richards‘ “rented home” and admitted to being “a little dismissive” towards her.