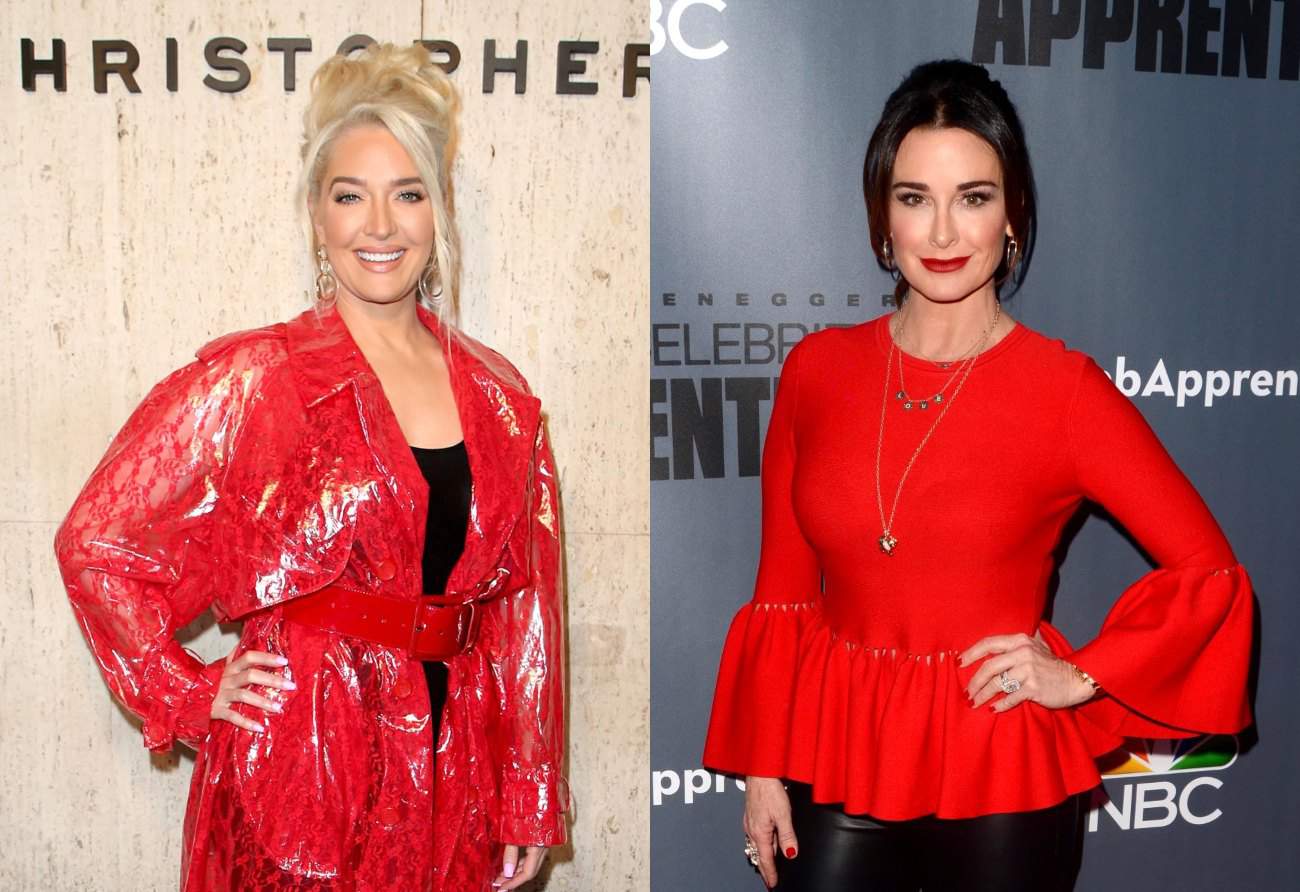 Erika Jayne is responding to Kyle Richards claims that she’s ‘standoffish’ and ‘cold.’

During the latest episode of The Real Housewives of Beverly Hills, Kyle and Teddi Mellencamp confronted Erika with claims of not enjoying the time she spent with the cast. The ladies addressed the drama during the series’ After Show taping, and Erika also responded to their comments.

“We had said, ‘I’m not sure if she’s having fun… She’s not in a good mood… Should we take it personally?… I’m not sure what’s happening,'” Kyle recalled. “She kind of felt like we were, [as] she said, ‘in cahoots.'”

During the episode, Kyle and Teddi questioned Erika during a dinner date in France. They said they felt like she was distancing herself from them.

“I can see in asking her that that maybe a wall was going up… She does have a wall up often and she’s been open with me. So I thought, ‘Oh gosh, I hope I didn’t do reverse damage here by asking her that question,'” Kyle explained.

“One of the days she sat down and before we did anything, she was like, ‘I’m not in the mood,’ like just kind of laid the law like, ‘This is me today.’ And when somebody does that, it’s my own issue, but I’m like, ‘What did I do?'” Teddi reasoned. “When she gets in those moods, I would take them personally as opposed to saying, ‘That’s just her.'”

“Sometimes when she acts like that I can’t tell if she’s just being standoffish or has a wall up, or if she’s not enjoying being with us,” Kyle added.

In response to her co-stars’ comments, Erika said that labeling her as “cold” and “standoffish” is “the standard go-to.”

“That’s the standard go-to. It’s to call Erika cold and standoffish and stuff like that,” Erika explained. “But I will say this, I have kept my word every time I’ve said I would move on with someone, case in point [Dorit].”

“I’m not cold and I’m not standoffish. I’m just very slow to trust and I think that those things have served me well in my life and on the show,” continued Erika.