Kyle Richards Speaks Out Ahead of New RHOBH Episode as Erika Jayne Accuses Cast of Bullying Her During France Trip, Plus RHOBH Live Viewing Thread! 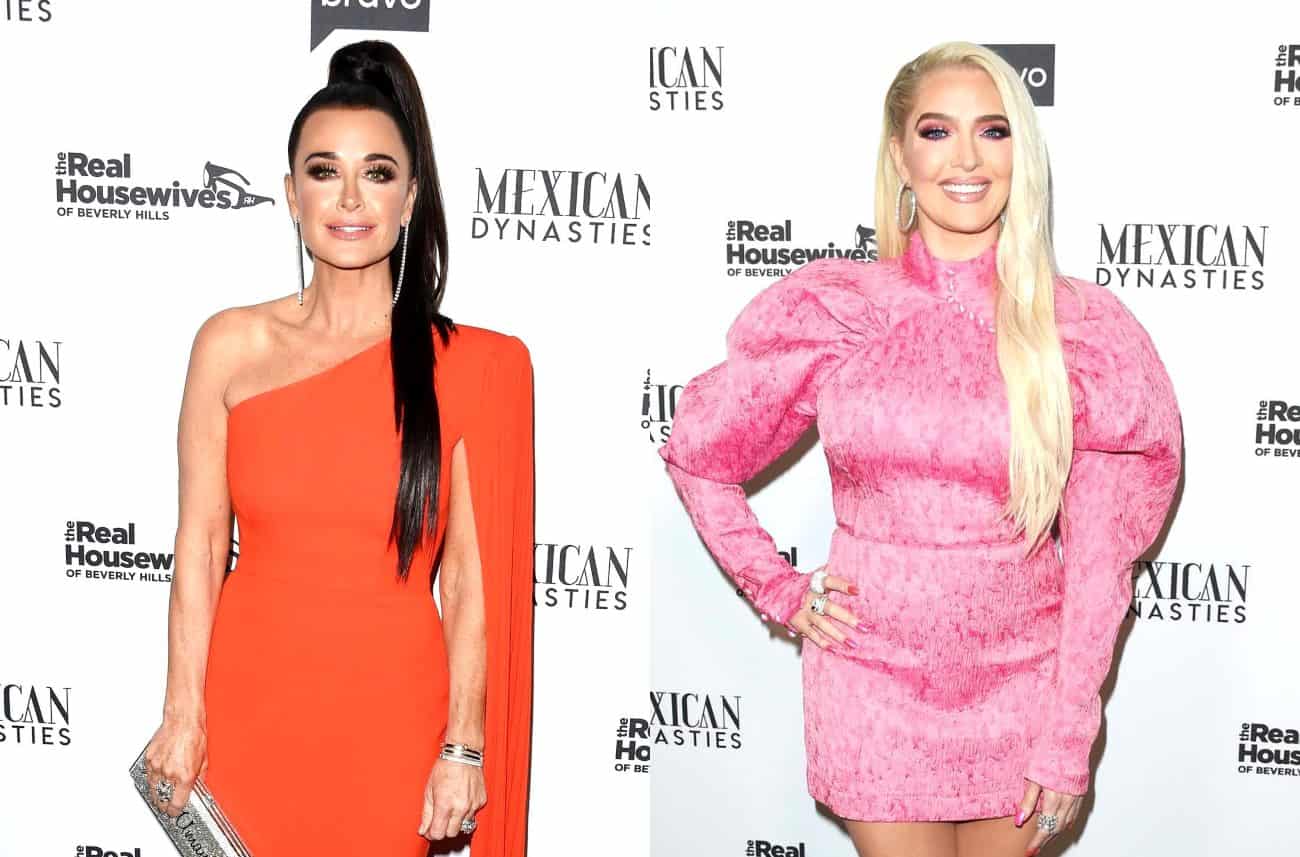 Kyle Richards and her co-stars are headed for what appears to be a very dramatic episode of The Real Housewives of Beverly Hills.

Ahead of tonight’s show, which features Erika Jayne confronting the cast about their alleged bullying, Kyle Richards took to Twitter, where she admitted to being quite intoxicated during filming. She also teased fans about the fun, and tension, that is to come.

“I finally watched tomorrow’s nights episode. I’ve made it 9 seasons without being this ‘over served.’ The wine tasting all day & then drinks back at the chateau … not a good combo. There are A LOT of laughs though. Of course not all laughs,” Kyle tweeted, adding the show’s hashtag.

I finally watched tomorrow’s nights episode ???? I’ve made it 9 seasons without being this “over served” The wine tasting all day & then drinks back at the chateau … not a good combo???? There are A LOT of laughs though. Of course not all laughs ???? #rhobh

In a sneak peek released by Bravo, Kyle and Teddi Mellencamp are seen discussing Lisa Rinna‘s rendition of Erika, which they’ve been doing for weeks. Erika informs the women that she’s done hearing about it.

“I don’t understand why you guys want me to feel a certain way about this,” Erika says. “I’m good.”

During an episode of the show weeks ago, Lisa confronted Kim Richards about their years-long feud while dressed as Erika at a Halloween party for Kyle’s daughter. However, because she did so as she channeled Erika, many of her co-stars have been critical and believe Erika should be too.

After Dorit Kemsley says that Kyle, and everyone else, is “so f**king drunk,” several of the ladies leave the table. Kyle and Lisa are left alone to discuss Erika’s frustrations.

“I feel like she’s in a bad mood with us…all the time,” Kyle says.

According to Lisa, she didn’t use Erika to confront Kim. Instead, she simply chose to bring up their past drama on a night that she was in character for the entire evening. Either way, Lisa doesn’t understand why the issue is still coming up.

“Didn’t we finish this at the restaurant the other night? Why did this come up again?” she wondered in a cast confessional.

As for Dorit, she suggested Kyle and Teddi were the ones pushing the matter on Erika. “Enough is enough!” she said in her own confessional.

In another sneak peek, Kyle was seen doing her best impression of Erika by saying, “We’re good,” as an annoyed Erika looked on. Later in the evening, Kyle and Teddi confronted Erika and suggested she wasn’t enjoying their girls’ trip. Erika said she felt “bullied” by the women.

“I feel a little bullied right now. You guys want to make up sh*t? Good. Keep going,” she yelled as she stormed off.

RHOBH Live Viewing – This is also the live viewing thread for tonight’s new episode, so feel free to comment and chat below as the episode airs at 9/8c tonight on Bravo TV! A preview clip is below.