by Lindsay Cronin May 31, 2019 229 comments
ShareTweetWhatsappPinterestRedditTumblrMailFlipboard 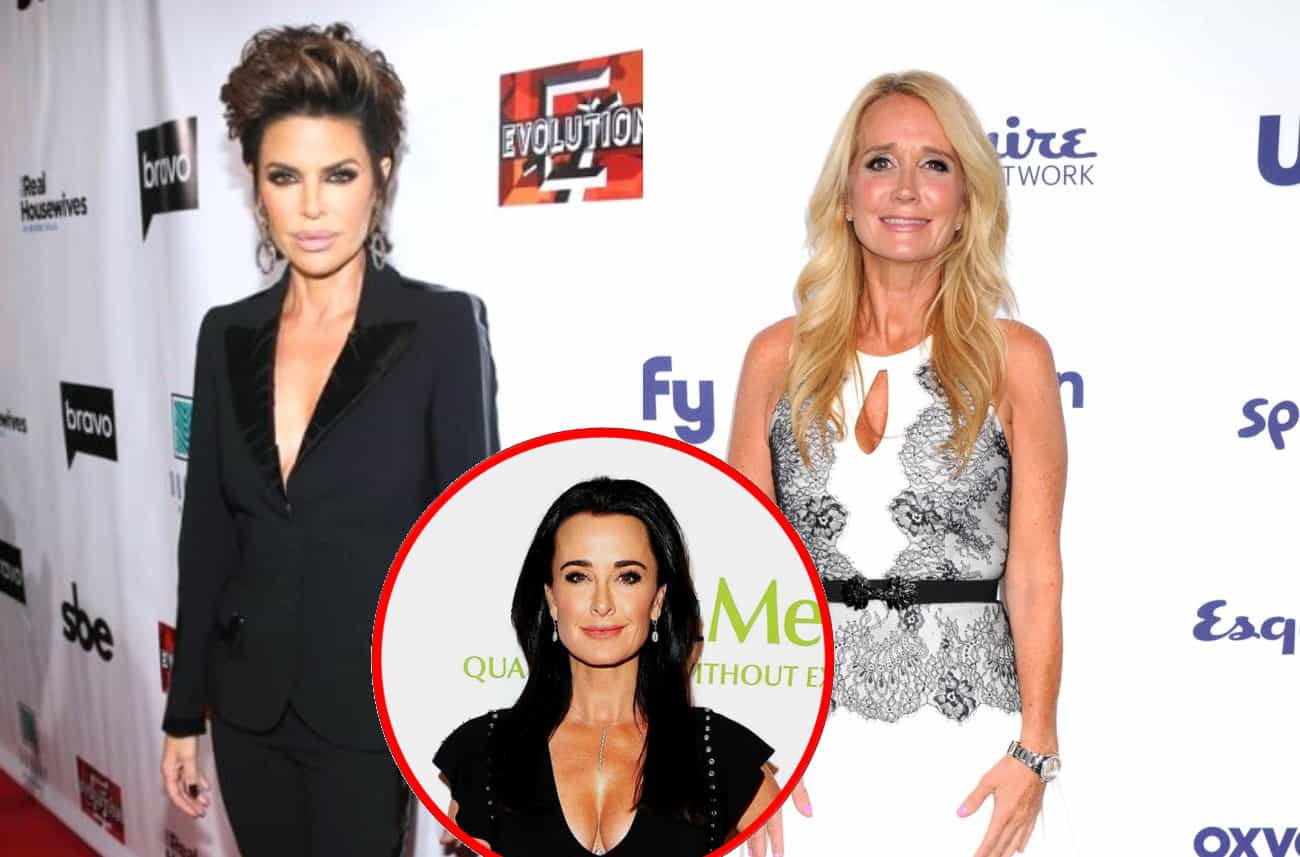 Lisa Rinna acted quite strangely during Tuesday’s episode of The Real Housewives of Beverly Hills and during the series’ latest After Show, she addressed her odd behavior.

After labeling Kim Richards “cu**y” at a costume birthday party for Kyle Richards‘ daughter, Lisa admitted to being inspired to speak her mind about her past “bunny” feud with Kim by Erika Jayne, who was the inspiration behind her outfit.

“I hadn’t seen Kim really for about two years,” Lisa explained. “I had a run-in with her at a restaurant so I hadn’t seen her since then. I knew sooner or later I’d run into her somewhere but I didn’t quite expect it to be here.”

Although Lisa said she wasn’t bothered by Kim’s presence at first, she was set off by a group photo of the cast.

“That’s when my Erika Jayne really kicked in and I was, ‘F**k no, I’m not taking a picture with you,’” she recalled. “I stood off to the side. I wouldn’t take a picture with anybody. I posed and I was like saying things. I was really over the top at that point.”

After ignoring Kim at the start of the party, Lisa ultimately approached her on-screen nemesis and said, “Kim, when you gave Rinna back that bunny it was really cu**y.”

“To me, I was like, it was the ice-breaker. Let’s laugh about that sh**ty moment that we both had on camera,” Denise Richards reflected during the After Show.

“It wasn’t just my moment. It was her moment too,” Lisa agreed. “That was a sh**ty moment for both of us. It was the f**king elephant in the room. Nobody was saying anything.”

According to Lisa, she felt a rush of adrenaline after her confrontation with Kim.

“It was such a great f**king feeling,” she admitted. “I’ve gotta tell ya. I like said it, and I walked on.”

As for Kyle, who is close with both Lisa and Kim, she called out Lisa for using her Halloween party disguise as an excuse to insult her sister.

“That was, ‘Let me give Kim a jab but pretend like Erika Jayne did it,’” she said.