RHOBH’s Camille Grammer Opens Up After Losing Her Malibu Home In California Fires: ‘It’s Such a Tragedy’ 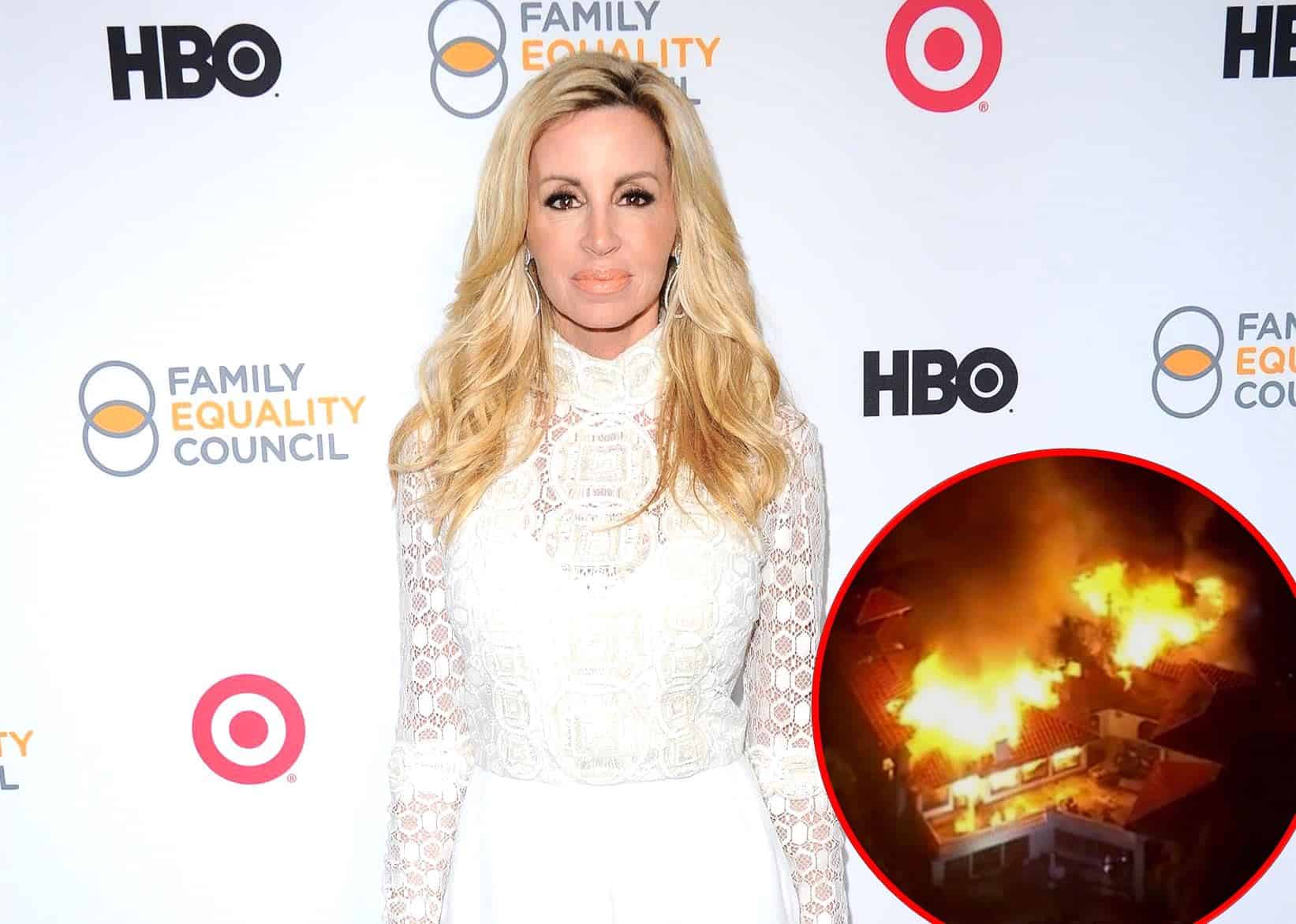 Camille Grammer‘s stunning Malibu home burned down in the devastating Woolsey fire that is continuing to ravage Southern California.

Just weeks after marrying husband David C. Meyer, the Real Housewives of Beverly Hills cast member is opening up about the loss of her family’s home.

“I went from one of the best days of my life, to such a tragedy,” Camille explained to PEOPLE on November 12. “It’s so sad. It’s such a tragedy.”

On Friday, as she prepared for a Real Housewives of Beverly Hills cast trip to France, Camille began receiving calls from the fire department, urging her and her family to get out of dodge.

“The skies were blue in front of my house, but in the back of my house you could see the flames over the canyon,” Camille recalled. “I called the producers and I told them I couldn’t come on the trip. And we just grabbed what we could.”

“I was taking stuff out from my luggage for the trip and replacing it with jeans, sweatpants, things I can use,” she continued. “I went to my safe and I grabbed jewelry, documents, birth certificates and passports. The bigger pieces of art we couldn’t take, but we grabbed an Andrew Wyeth painting. I also took some photographs that meant something to me — my great-aunt who passed away a couple years ago. I took pictures of my family. We packed as much as we could into three cars.”

With Camille during the apocalypse-like evacuation were her husband David and her daughter Mason, 17.

“We were standing in the house before we left and Mason said to me, ‘Mom I get this feeling our house isn’t going to make it.’ And I said, ‘Honey, I hope it does, but I have the same feeling.’ We just thought, this is it,” she says. “I had a pit in my stomach.”

Camille’s son, Jude, 14, was with his father, Kelsey Grammer, when they were evacuated.

Although Camille lost the majority of her art collection, which she’s accumulated over the past couple of decades, firefighters did try to remove some of the pieces from the home.

“They were so brave to do that,” Camille said. “They did whatever they could. They are incredible.”

Unfortunately, while there are some walls still handing, Camille shared that her belongings are “a total loss.”

“Most everything is gone. We’ll see if there is anything to salvage. But we can’t get into the house because it’s dangerous,” she explained.

On Instagram, Camille shared an overhead shot of her home engulfed in flames.

Throughout the fire, Camille remained in close contact with former Real Housewives of Beverly Hills star Eileen Davidson and her current co-star, Denise Richards, both of whom live in the area.

“The backyard of Eileen’s home was burned, but her house was safe, thank God,” Camille revealed. “Denise’s house is fine, so she’s okay. We’ve been in contact. She’s just happy to know that everyone is safe.”

“We’re just so grateful for our community, the people who offered their homes, clothes, everything,” she continued. “And I’m not worried about my material things at this point. It’s about the safety of my family and my friends. Material things are just things. We can replace most of them. We can rebuild. And we can start anew. But people can’t be replaced.”

As of Tuesday morning, at least 44 residents of California have been declared dead and 228 more are missing.