Will Lisa Vanderpump Skip RHOBH Cast’s Upcoming Trip to France? Plus Brandi Glanville Reveals Why She Feels Sorry for Lisa 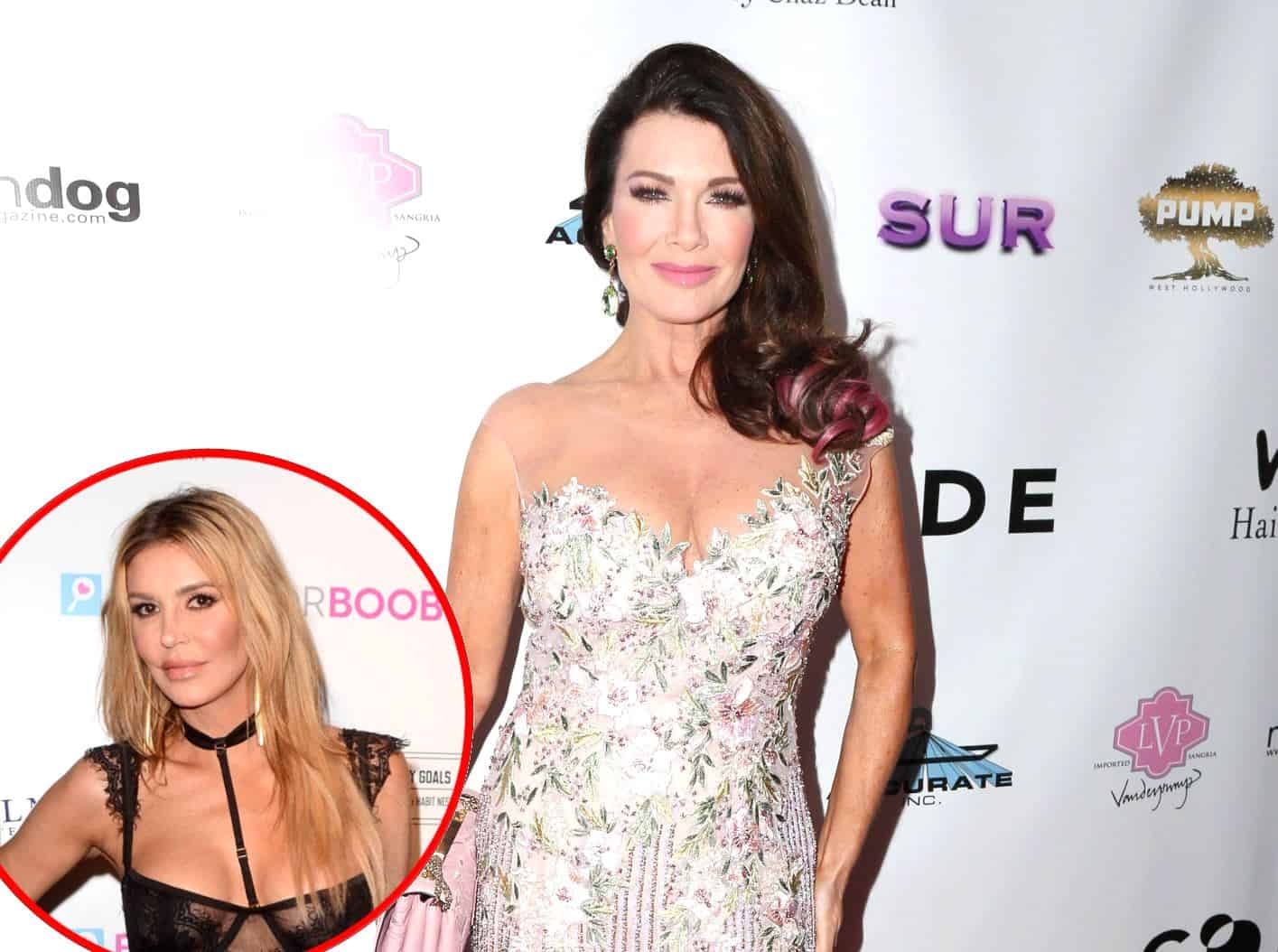 In today’s Real Housewives of Beverly Hills news, former star of the show Brandi Glanville is revealing she feels sorry for her ex-friend Lisa Vanderpump. Also, the RHOBH cast is gearing up for another cast trip as a new report reveals if Lisa will be in attendance.

Amid reports of Lisa’s ongoing feud with her RHOBH castmates, which reportedly stems from some of her co-stars accusing her of leaking a negative story about Dorit Kemsley to the press – something she has denied, Brandi, who appeared on the RHOBH alongside Lisa for five seasons before their falling out is expressing sympathy for Lisa.

In case you haven’t been keeping up, Lisa has yet to film with her co-stars in almost two months now.

“You know, I know because I’m friends with the girls … it’s just, you know, it’s really hard. I actually feel sorry for her a little bit because I’ve been in her shoes where no one wants to film with you,” said Brandi to Us Weekly on November 8. “You’re kind of passed aside and it is the hardest feeling because it’s like, it’s your job, but no one wants to film with you.”

Brandi continued, “It sucks to be in that position, so I feel sorry for her in a way, but having heard what went on, I hope that it did not happen the way that I was told it happened.”

However, in spite of all the drama, Brandi is not convinced Lisa will be walking away from the show anytime soon.

“I don’t think she’ll ever quit the show,” she added. “I mean, I know her really well, yeah. She loves it.”

In other Lisa news, it’s also being reported that she will not take part in an upcoming RHOBH cast trip to France.

“The cast of RHOBH are getting ready to go on their big cast trip to France this Friday,” a source close the show revealed to Hollywood Life on November 8. ”It’s a trip around the entire country. Lisa Vanderpump isn’t going, though she was asked and refused. With the way that she’s acting, production is fed up. All the other ladies are going.”

According to the report, the entire cast, aside from the newly married Camille Grammer, who just got back from her honeymoon, will be taking part in the trip.

As Lisa keeps her distance from her co-stars, production has been struggling to create storylines between the other women of the show, most of whom have been getting along quite well throughout filming on season nine.

“There’s really not a lot of other drama going on this season besides Lisa, so producers are concerned to build other story lines,” the source continued. “Everything is so focused around Lisa this season. It’s going to be very, very interesting to see how it’s edited and how it all plays out on camera. Production isn’t shooting with Lisa at all anymore because they’re not wanting to just shoot her solo anymore. It’s not the [Lisa Vanderpump] show, and with her, that’s what it’s starting to become.”

Prior to the start of filming, Lisa lost her brother Mark Vanderpump to an alleged drug overdose and because of that, filming was reportedly pushed back. Months later, as Lisa remains estranged from her co-stars, sources claim the premiere date for season nine will also be delayed.

“Lisa has been struggling emotionally and with her relationship with the RHOBH cast and it has been causing all kinds of issues for the show,” another source said. “Many around her are upset because they’ve been forced to push the premiere date back due to problems surrounding Lisa and the tension running so high with the cast this season.”

The Real Housewives of Beverly Hills season nine is expected to begin airing on Bravo TV sometime next year.

TELL US – DO YOU THINK BRANDI REALLY FEELS SORRY FOR LISA?