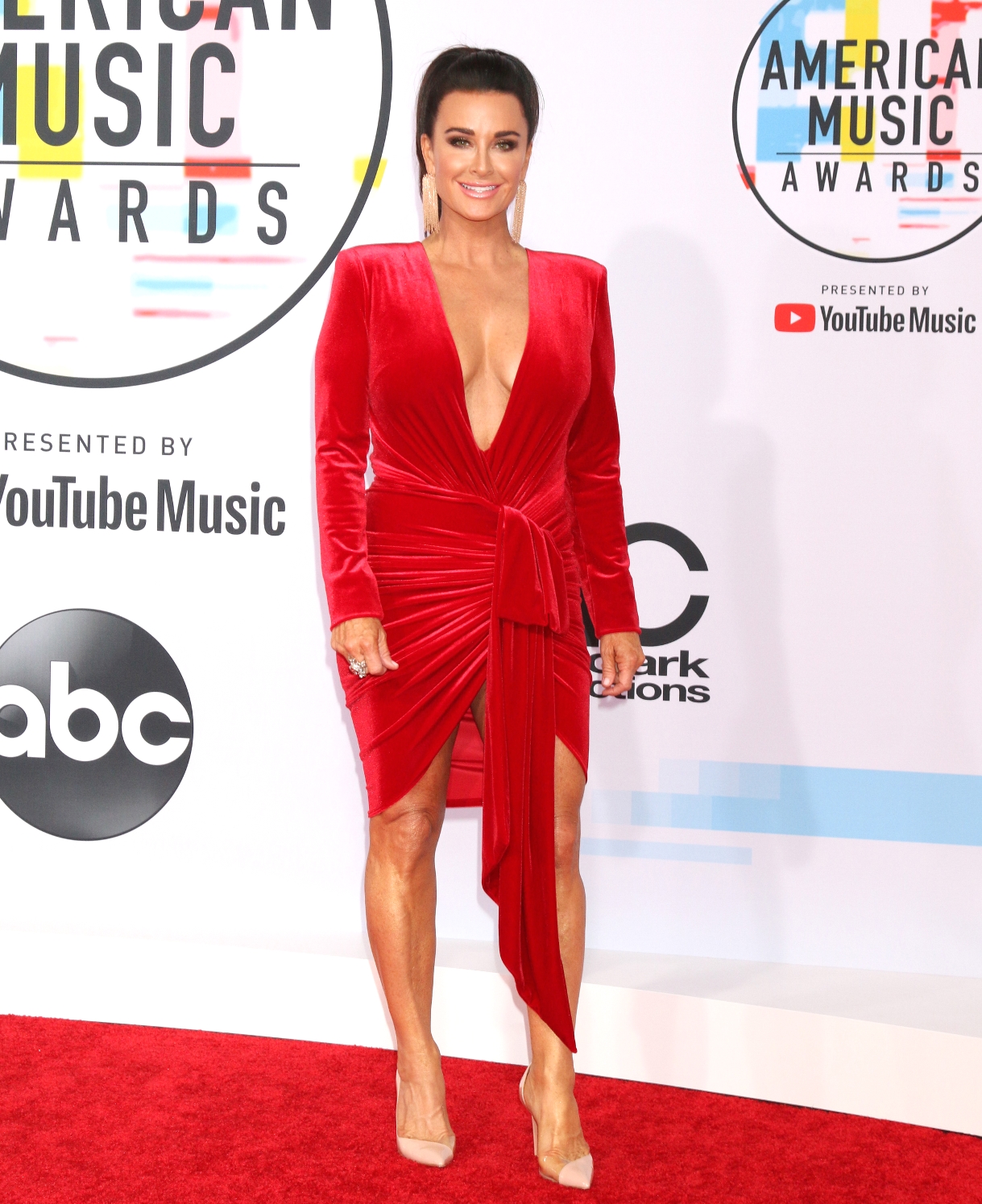 Kyle Richards is dishing about the new season of The Real Housewives of Beverly Hills!

Months before the ninth season of the series is expected to return to Bravo TV, Kyle said the drama between her and her co-stars was intense from the start.

“It’s been a really outrageous season, from, like, literally the get-go. Usually it’s like catching up, it picks up — this was like, ‘Bam,’ out of the gate,” Kyle told Us Weekly on October 17. “I don’t even know, we’ve never had a season like this before. It’s been a very wild and crazy ride so far. You never know what’s going to happen next around here.”

Although things are rumored to be tense between Lisa Vanderpump and the rest of the cast, Kyle said things between her and Teddi Mellencamp, who joined the show during season eight, have been going great.

“Teddi and I have become very close. … I just adore her, and I’m so happy to have her to be a part of the show,” Kyle gushed. “We have a lot in common. We have fun together. It just feels really good to have.”

Earlier this month, a source told Us Weekly that Lisa was estranged from the cast of The Real Housewives of Beverly Hills, aside from Denise Richards, who joined the show over the summer.

“She is not talking to any of the cast except for Denise [Richards],” the insider said. “There have been numerous attempts from the other cast members to reach out to her and they have gone unanswered.”

Apparently, Kyle and her co-stars caught Lisa in a lie and feel she doesn’t want to face them and be confronted about the situation. So, Lisa has reportedly been keeping her distance, which has only led to an even bigger divide between her and the rest of the cast.

The source also said Kyle “got into it” with Lisa’s husband, Ken Todd, during an event weeks ago at Lisa and Ken’s Beverly Hills home.

“They were both screaming at each other,” the insider noted. “It was really bad and ugly.”

The Real Housewives of Beverly Hills is expected to return to Bravo TV for season nine later this year.

TELL US – ARE YOU LOOKING FORWARD TO THE NEW RHOBH SEASON?