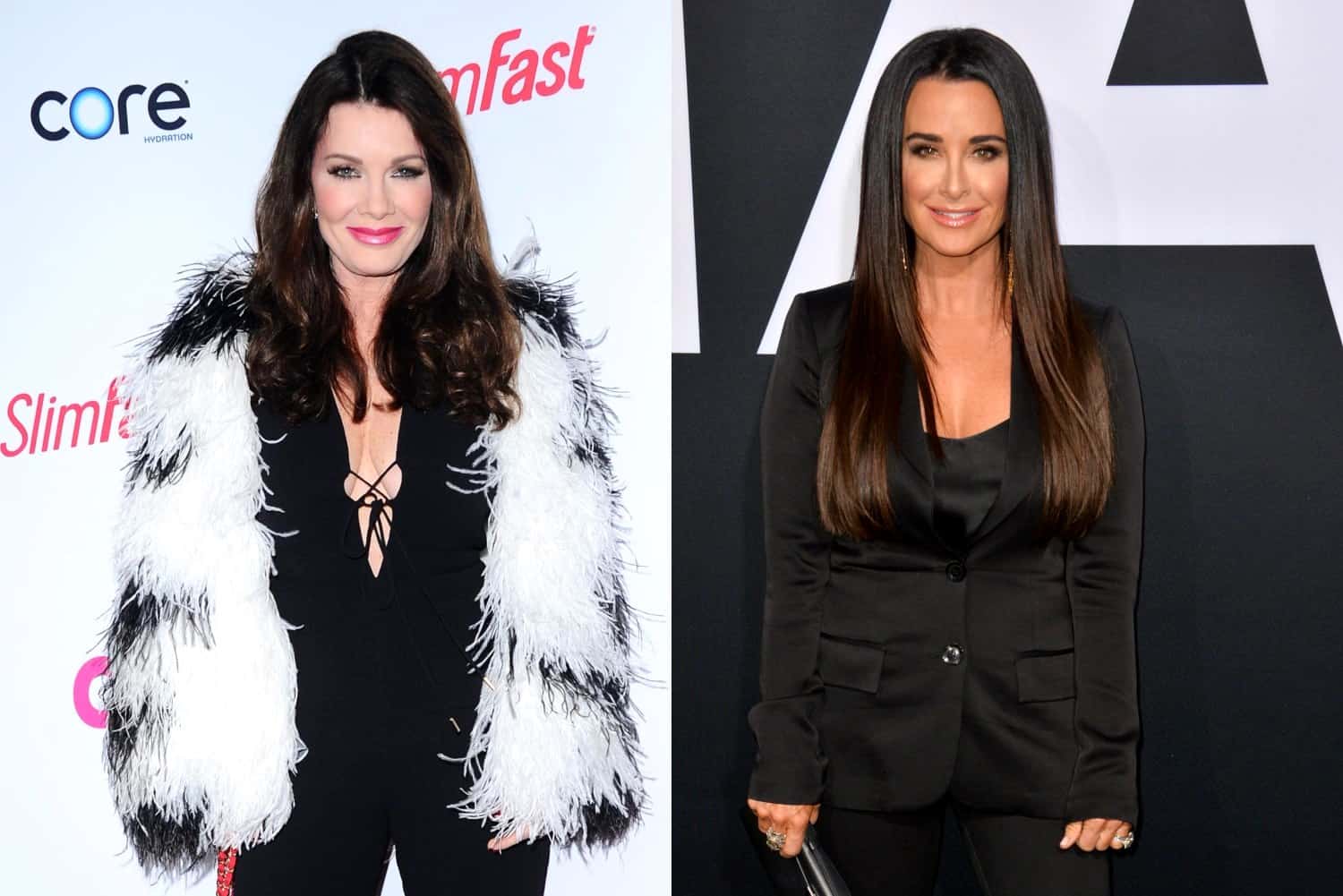 Lisa Vanderpump and Kyle Richards reportedly called it quits on their friendship amid filming on The Real Housewives of Beverly Hills.

As rumors continue to swirl in regard to what exactly prompted Lisa to suddenly refuse to film any additional scenes with her co-stars for the show’s ninth season, new details about the former friends’ feud have become available.

As fans may recall, it was reported earlier this month that Lisa’s husband, Ken Todd, banned Kyle from ever stepping foot into their home again following a very nasty fight that included a lot of “screaming.”

They “got into it” and Ken informed Kyle she “would never be allowed in their house again,” a source claimed. “They were both screaming at each other. It was really bad and ugly.”

And now, a new report reveals things got so bad during this fight that even Lisa lost her temper.

“They were talking about all the nasty things they’ve said about each other and Lisa just snapped and told Kyle to get out of her house,” an insider told In Touch Weekly in the latest issue of their magazine.

Lisa’s cut Kyle completely off and “they may never speak again,” the insider added.

Lisa’s rift with Kyle stems from an accusation some of her castmates, which allegedly includes Kyle, made against her during filming when they accused her of leaking a negative story about Dorit Kemsley to the press.

Following their dispute, Lisa has skipped out on a number of group events, including Camille Grammer‘s wedding, Erika Jayne‘s tour stop in Los Angeles, and a group road trip with new cast member Denise Richards.

And while Lisa is reportedly pondering if she will quit the Bravo series, sources tell Us Weekly there is one circumstance in which they could see the Bravo network firing her, which is if she ever decided to skip the reunion taping. However, Bravo has yet to even release a trailer for the new season so the reunion would be at least five to six months away from now.

According to another source, the production company behind The Real Housewives of Beverly Hills also feels that Lisa should be filming in spite of her brother Mark Vanderpump’s suicide in April. It had been reported that mourning was part of the reason Lisa had chosen to take a step back from her castmates.

She is “using a personal family excuse to get out of filming Housewives,” the insider stated, adding that she’s “already filmed a whole season of Vanderpump Rules” and “she’s at Tom Tom and PUMP every night.”

As for Kyle, she did an interview earlier this month in which she teased what fans of the RHOBH can expect on the upcoming season.

“It’s been a really outrageous season, from, like, literally the get-go. Usually it’s like catching up, it picks up — this was like, ‘Bam,’ out of the gate,” Kyle told Us Weekly in October. “I don’t even know, we’ve never had a season like this before. It’s been a very wild and crazy ride so far. You never know what’s going to happen next around here.”

The Real Housewives of Beverly Hills season nine is expected to begin airing on Bravo TV sometime in 2019.