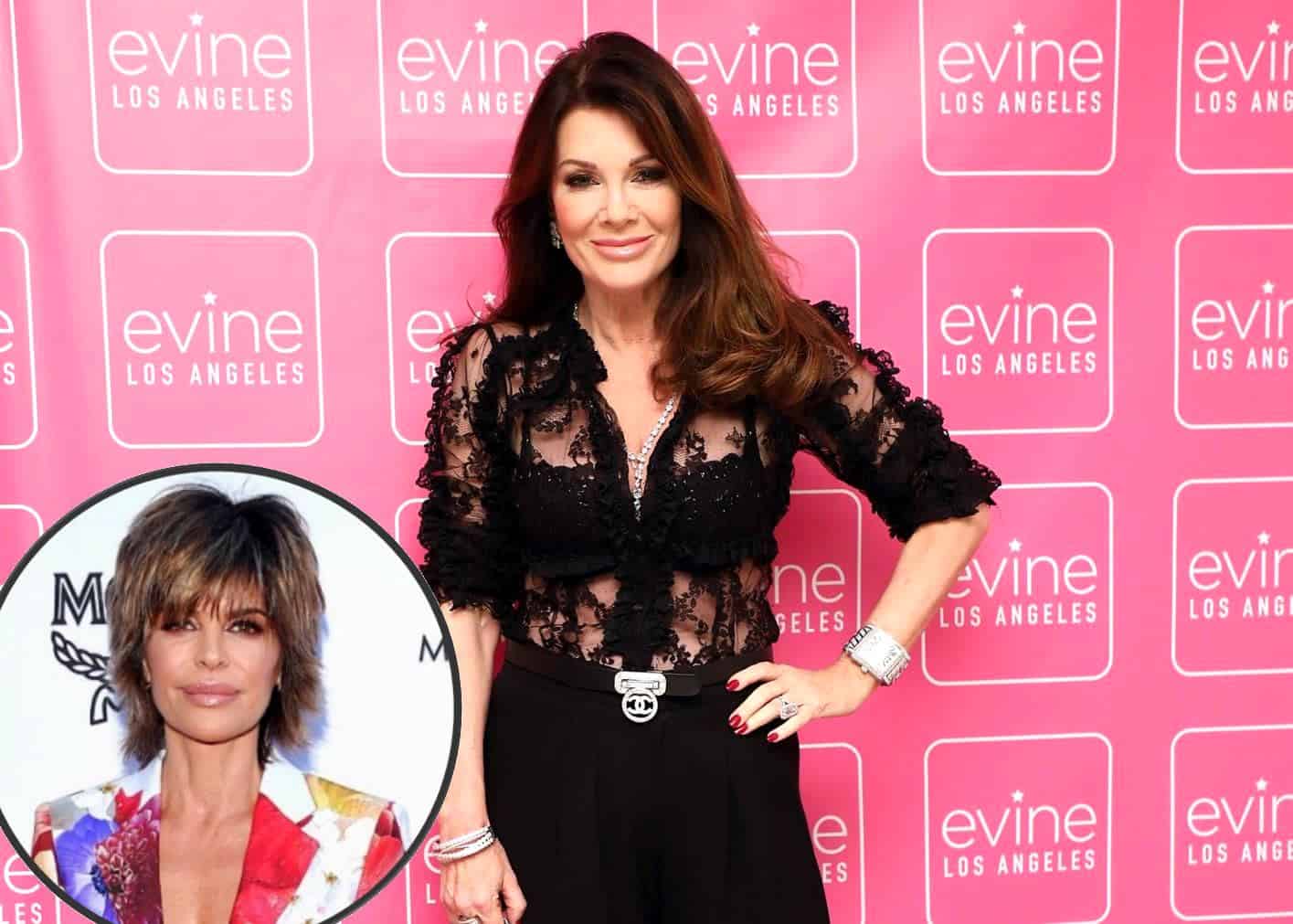 Lisa Vanderpump‘s feud with her Real Housewives of Beverly Hills co-stars could lead her to exit the show according to a new report which features comments from a Bravo executive. But first, Lisa’s castmate Lisa Rinna is taking another shot at her yet again.

Just days after Andy Cohen revealed he wasn’t pleased that the story-lines of the upcoming season of the RHOBH have continued to leak online, Lisa R. is keeping this going as she once again threw some shade at Lisa V. in a new deleted tweet.

On Twitter, a RHOBH fan posted a video clip of Lisa V. stating at the season three reunion that former cast member Adrienne Maloof should have shown up. Adrienne famously skipped the 2013 reunion due to her feud with Brandi Glanville. Well, Lisa R. decided to respond to this post by calling out Lisa V. again.

Lisa R. tweeted, “[Lisa] should take her own advice…..I think it’s always better to go out on a high note don’t you?”

In other Lisa V. news, an anonymous Bravo executive recently spoke out about her future with the series, stating that as she remains estranged from her co-stars, a season 10 return seems uncertain.

“It’s all-out war on the Real Housewives of Beverly Hills and we cannot get Lisa to film with the entire cast,” the exec told the Daily Mail. “She’s said enough of the b****iness and called time on filming with the other women.”

Although Lisa V. is refusing to film with the rest of the cast, she has been filming scenes by herself.

“She will film at her home, restaurants, and charity endeavors and has filmed individually with some of the cast members, but as of now her future on the show is uncertain,” the insider revealed. “We’d like her to come back, work things out and film with the entire cast but she’s said no.”

According to the Bravo source, Lisa V. distanced herself from her co-stars after she was accused of leaking a story about a dog adopted by Dorit Kemsley to the media last month.

“It all started when Dorit Kemsley dumped not one, but two of her dogs that she had adopted from Vanderpump Dogs,” the source said. “She returned one to Lisa and then the next dog she was given was discovered in a kill shelter. A kill shelter!”

The source for the original story had claimed the dog “nipped” at one of Dorit’s kids and said Lisa V. was “furious” at Dorit. However, during an interview with TMZ a short time later, Lisa V. said she and Dorit were good friends and insisted there was no beef between them.

“Lisa and her team tried to keep the story out of the press, but somehow it leaked to Radar Online and Lisa even went so far as to do an interview with TMZ to defend Dorit even though Dorit was clearly in the wrong,” the source said. “It’s great drama for the show as, rather than the women turning on Dorit for abandoning two dogs, they’ve accused Lisa of leaking stories to the press about it and that’s the storyline for the season.”

“It’s beyond absurd – Dorit discards the dogs like trash, but the women shun Lisa and accuse her of leaking the story to the press. The women on our cast clearly have their priorities wrong. Lisa has begged the women to believe her, but they won’t. The boss of Radar even came out publicly and defended her saying she wasn’t the source but the women still don’t believe her.”

Although Radar Online boss Dylan Howard denied Lisa V. had leaked the story, things between her and her co-stars remained strained, especially after Lisa R. posted a cruel photo to Twitter on Lisa V.’s birthday.

“Oh Happy Belated Birthday @LisaVanderpump I made you some special cupcakes for your special day!” Lisa R. wrote in the caption of a photo of cupcakes topped with several pills.

The tweet was ultimately deleted from Lisa R.’s page but not before many fans and followers of the reality star called her out for being insensitive towards the recent death of Mark Vanderpump, who passed away from a drug overdose in May.

“Viewers will see that Lisa Rinna has also been on the attack and some may argue is the cruelest. She tweeted [the photo] only months after Lisa’s brother committed suicide from a drug overdose. She was called out over it and deleted it. She then posted on social about a cast member refusing to shoot with everyone and now she’s responding to fan comments on Instagram about Lisa Vanderpump not doing her job,” the source added.

Throughout filming on the ninth season, Lisa V. has skipped out on a number of cast events, including Camille Grammer’s recent wedding in Hawaii.

“I actually feel sorry for her as she is no longer friends with any of the women even Kyle and Teddi – her two best friends from last season,” the source admitted. “This season will be ratings gold for us, but the trade-off is we’ll most likely lose Lisa forever as it doesn’t look like she’ll come back for the next season… Regardless the drama and the addition of Denise Richards will make this one of the best seasons of Real Housewives of Beverly Hills we’ve ever seen.”

“We don’t expect Lisa to film with the other women for the remainder of the season and we just hope Lisa will show up and film the reunion as this will be the greatest showdown in Housewives history,” the source added.

Finally, Kyle threw a Halloween party on Saturday and not surprisingly, the RHOBH cast members attended minus Lisa V. Below are photos from the event which had Lisa R. dressing up as Erika Jayne.

#RHOBH Kyle's Halloween Party. (Someone will ask…LVP's not there) pic.twitter.com/WHeuU7kRqh

The Real Housewives of Beverly Hills season nine is expected to begin airing on Bravo TV sometime next year.

TELL US – THOUGHTS ON RINNA’S TWEET AND THE LATEST ABOUT LISA’S FEUD WITH THE CAST?