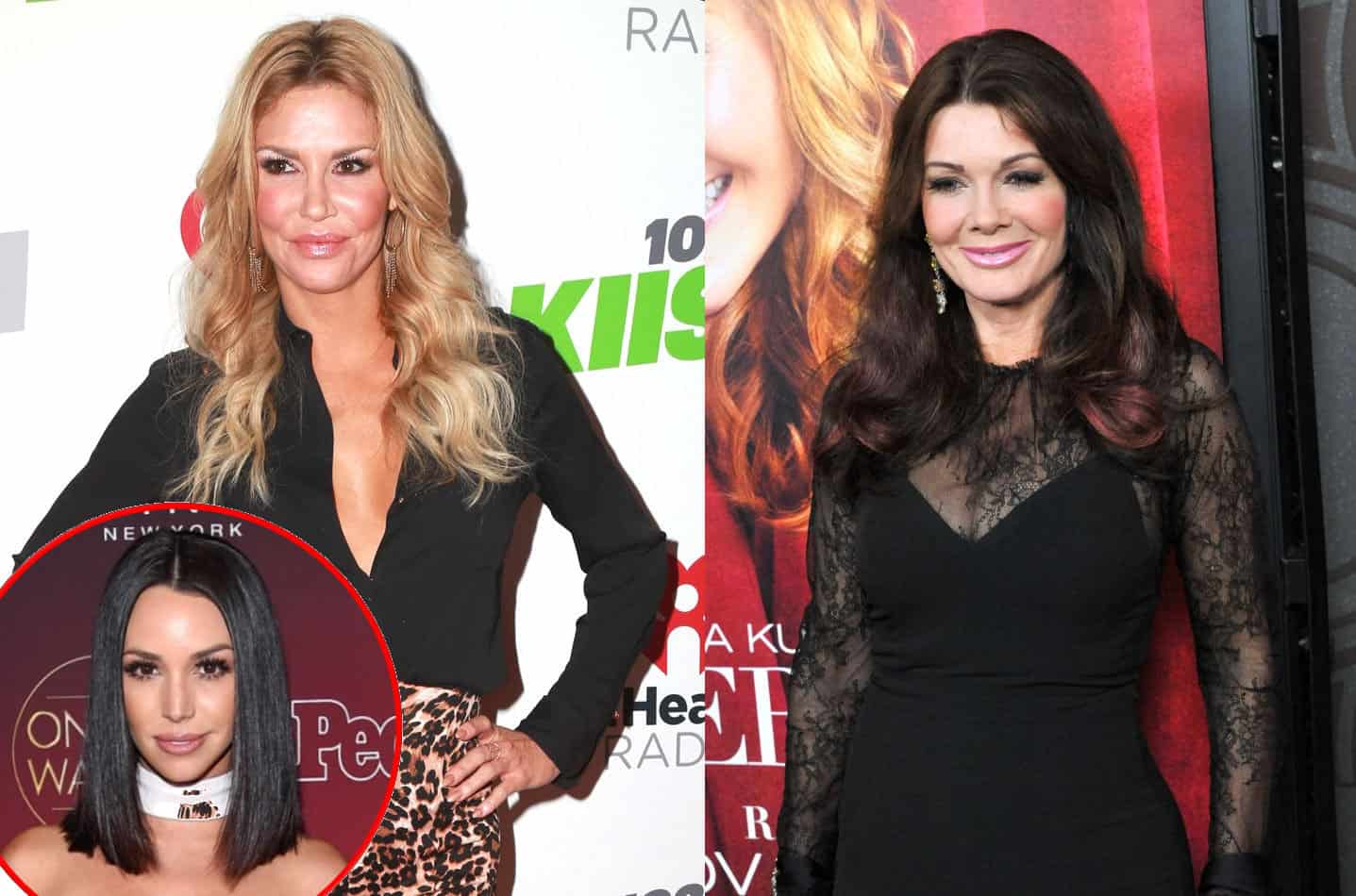 Brandi Glanville might have left the Real Housewives of Beverly Hills some years ago, but she still has her former co-star Lisa Vanderpump on the brain.

In a new podcast, Brandi lashes out at her ex-friend Lisa, accusing her of ruining her life, and she also claims that Vanderpump Rules star Scheana Marie is scared of Lisa.

If you recall, Brandi left her podcast, “Brandi Glanville Unfiltered,” earlier this year and on Friday, after returning to PodcastOne following her hiatus, she explained why.

During a chat with her producer, William Sterling, Brandi revealed it was Scheana who prompted her exit. As she explained, Scheana was given her own podcast last month and a short time later, Brandi learned it would be quite similar to hers.

“You guys hired Scheana Shay to do a podcast, which would be like interviewing reality people and I was like ‘Oh, huh. That sounds kind of like mine,’ and then you told me that you had to produce it, and I thought ‘Oh, my God. I’m being cheated on again with Scheana,'” Brandi said.

Brandi was then upset further after PodcastOne’s talent booker, Kirsten Woodward, informed her she wasn’t allowed to interview Scheana on “Brandi Glanville Unfiltered” until Scheana was given permission from Lisa.

“When I said that, Kirsten said, ‘Well, she can’t do the show unless she gets permission from Lisa [Vanderpump],'” Brandi said. “And that’s when I saw red and I was like, ‘F**k everyone.’ And I left and I was just kind of like, ‘Are you kidding? This b*tch is still ruining my life. I’ve been here almost five years. This is the one thing that I have that she can’t touch, and now she’s telling me whether I can interview Scheana or not?”

Brandi and Lisa have been at odds with one another for the past few years after enjoying a couple of seasons of friendship on The Real Housewives of Beverly Hills.

Brandi and Scheana ran into one another in Los Angeles around the time this was all happening and during their encounter, which took place this month during “Night of 31 Doorbells” on “Watch What Happens Live,” they discussed Brandi’s temporary exit from her podcast and the real reason Scheana wasn’t allowed to be a guest.

“It wasn’t that she had to get permission from Lisa; she wanted to wait to get her pick up for ‘Vanderpump Rules,'” Brandi said. “Because Lisa does — she’s very controlling. And even posting pictures, she was scared. And I mean, that’s very sad.”

“I’m not afraid of Lisa, obviously, but she did try to ruin my life for the past four years,” Brandi added. “And then having her just in this world, I was like ‘Hell no.'”