by Lindsay Cronin May 29, 2019 210 comments
ShareTweetWhatsappPinterestRedditTumblrMailFlipboard 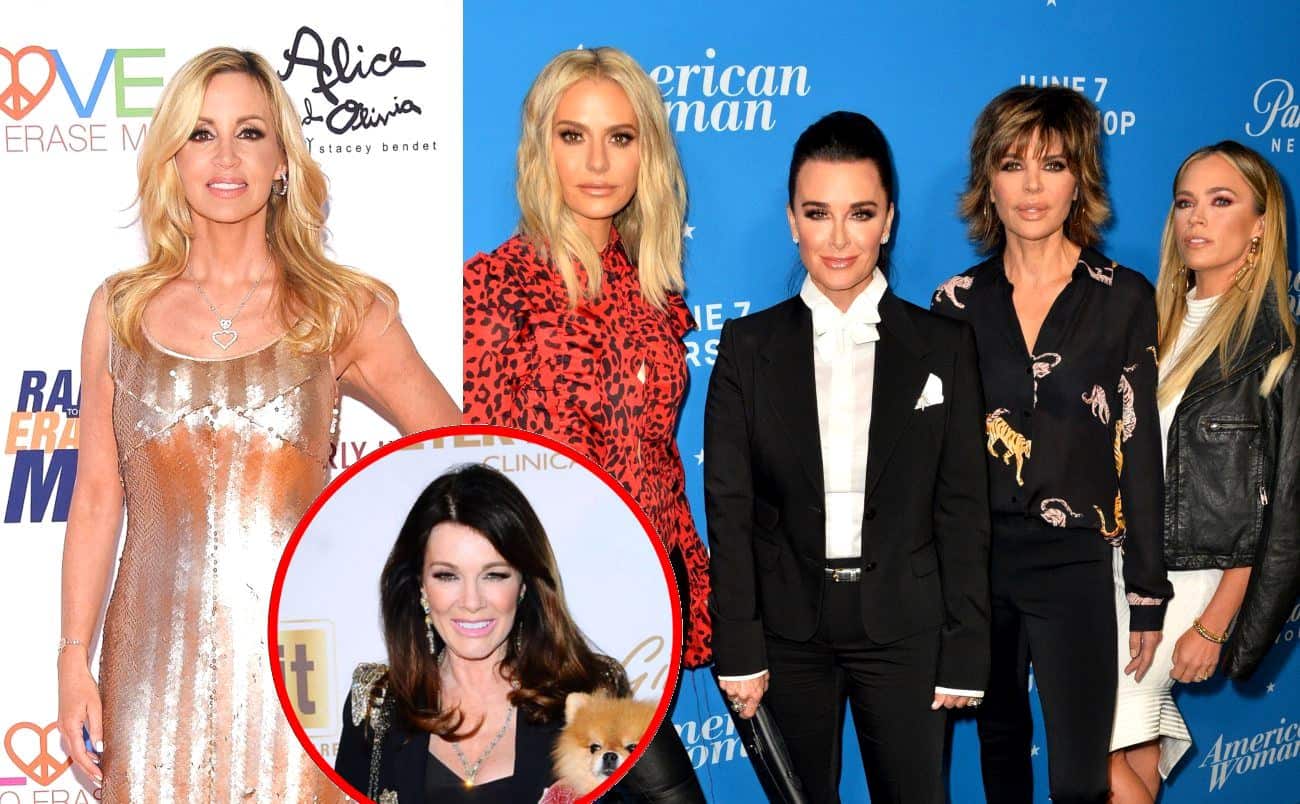 Camille Grammer was quite busy with her wedding and coping with the devastating loss of her Malibu home, which burned down in the Woolsey fire, at the end of last year. So, when it came to the drama of the ninth season of The Real Housewives of Beverly Hills, she was admittedly “oblivious” to certain things.

In a new blog post shared with Bravo TV last night, Camille opened up about the “rapid and dramatic swings of emotion” amongst her co-stars and said she was quite surprised by what her “so-called girlfriends” said about her in Hawaii, where they attended her wedding to David C. Meyer.

“Rather than being happy for me, they found a pretext for condemning me just hours after my nuptials,” Camille wrote on May 28. “The origin of their derision was a PEOPLE Magazine article in which I gave the interview a week before my wedding in which I acknowledged [Lisa Vanderpump]’s words of encouragement to take the leap into marriage.”

According to Camille, the harsh words of her co-stars, including Kyle Richards, Teddi Mellencamp, Dorit Kemsley, and Lisa Rinna, were likely made in an effort to punish her for speaking kindly about their nemesis.

“I guess it has come to the point that one cannot say nice things about Lisa without betraying the Puppygate Girl Gang,” Camille said. “It appears that any positive words about [Lisa] will put one in the doghouse, if not a kill shelter. This is surprising since some have been trying for weeks to get back in her good graces.”

Although Camille did have nice things to say about Lisa V. during her interview with PEOPLE Magazine, she admitted in her blog post that she was disappointed by Lisa V.’s decision not to attend her wedding before taking aim at Dorit for failing to return Lucy to Vanderpump Dogs.

“Dorit is still acting like the victim here when the victim was clearly Lucy Lucy Apple Juice,” she wrote. “For the life of me, I still don’t understand why the puppy wasn’t returned to Vanderpump Dogs in the first place. That would have avoided all of this nonsense.”

Camille went on to slam Lisa R. for her behavior towards Kim Richards at her niece’s birthday party and wondered why her sister Kyle wasn’t more protective of her.

“The appearance of Kim Richards at her niece’s birthday caused Lisa Rinna’s channeling Erika Jane to lambast her. Maybe it was because it was Halloween, but that was downright weird, inappropriate, and way over the top,” Camille stated. “I am also surprised that Kyle was not appalled and offended by it.”