RHOBH Stars Teddi Mellencamp and Camille Grammer Get Into Twitter Feud After Teddi Disses Camille, Plus Kyle Chimes In!

by Lindsay Cronin May 8, 2019 386 comments
ShareTweetWhatsappPinterestRedditTumblrMailFlipboard 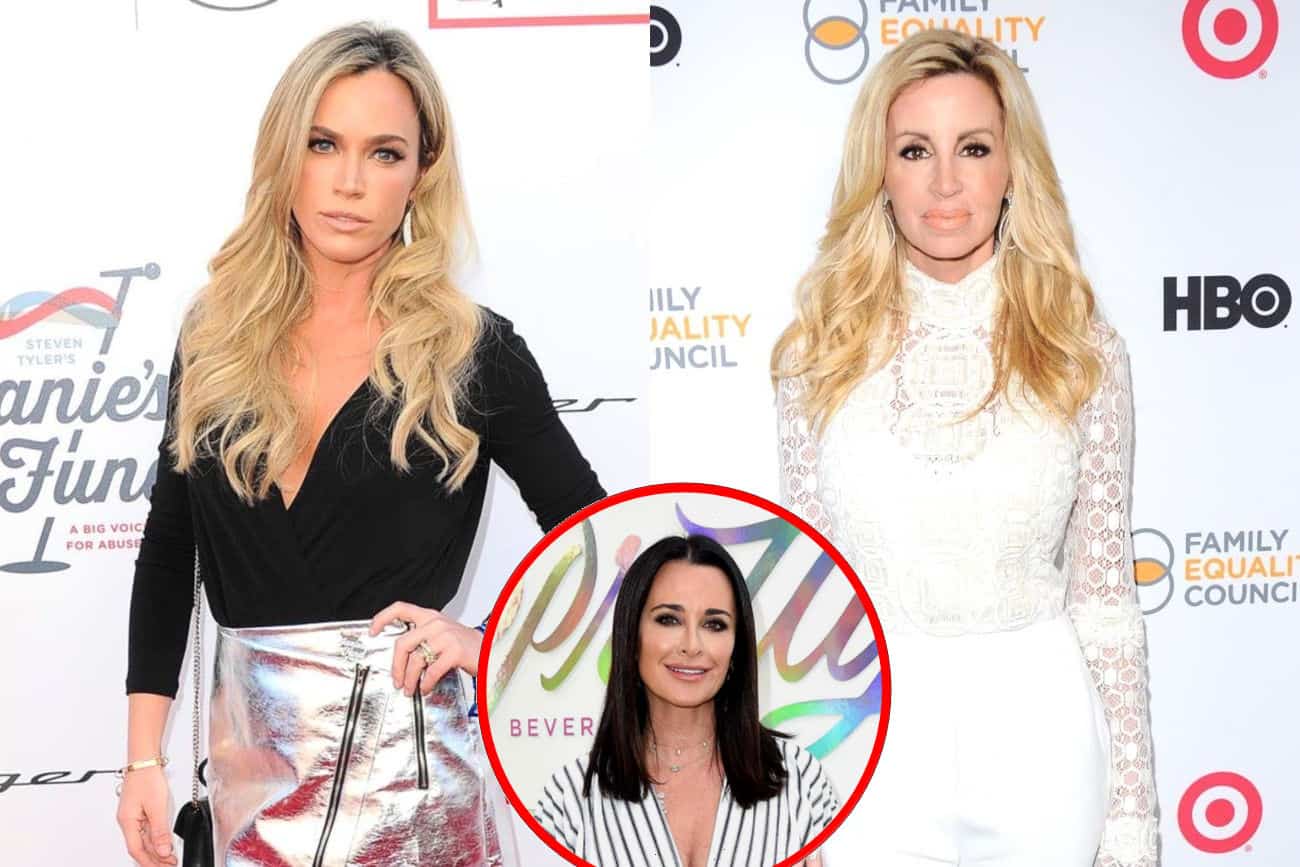 Teddi Mellencamp and Camille Grammer were live-tweeting during last night’s episode of The Real Housewives of Beverly Hills and during the show, they embarked on a Twitter feud.

After Teddi addressed Camille’s statements about her being a “know-it-all” and admitted to being opinionated about issues plaguing the cast, the accountability coach joked about Camille being two-faced and was slammed by her co-star for being “mean.”

“I am not a know-it-all, as I have been wrong before. I remember, because it’s a rare occurrence,” Teddi told her fans and followers on May 7.

I am not a know-it-all, as I have been wrong before. I remember, because it’s a rare occurrence ???? #RHOBH

While some fans haven’t appreciated the way in which Teddi has inserted herself into debates among her co-stars, she had a response to their criticism and said she’s not the only one on the show who has spoken out of turn.

“Yes. When I have an opinion I do,” Teddi agreed after being confronted by a woman who slammed her for speaking out on issues that have “nothing to do with [her].”

Teddi then took aim at Camille’s past behavior.

“Kinda like how Camille did last week when she interrupted [Dorit Kemsley] and [Kyle Richards] to say she hadn’t heard of Dorit until two years ago,” Teddi noted.

Yes. When I have an opinion I do. Kinda like how Camille did last week when she interrupted Dorit and Kyle to say she hadn’t heard of Dorit until two years ago. https://t.co/WsiZD7ES4g

In another tweet, which suggested Camille has been two-faced in the past, Teddi applauded her co-star for packing just “one face” for their camping trip.

“Thankfully Camille only packed the one face,” she taunted.

But Teddi wasn’t backing down and quickly fired back at Camille by slamming her for talking behind the backs of their co-stars.

“As opposed to everything you’ve been saying behind peoples’ backs for weeks?” she asked. 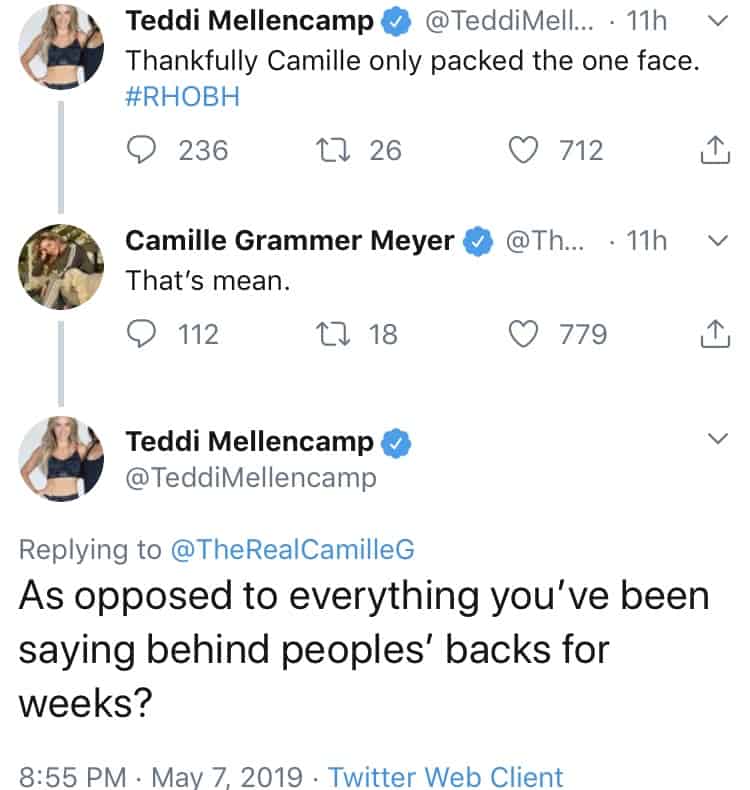 Kyle also got involved in Camille and Teddi’s drama as she seemed to back up Teddi, writing “mic drop” under a response Teddi made to Camille. She has since deleted that post. A screenshot is below, via the BravoSnarkSide Twitter page.