Home Real Housewives of Beverly Hills News RHOBH’s Sutton Stracke Says She Heard Hookup Rumors About Denise Richards and Brandi Glanville a Year Before Joining Show, Shares Which Costar Was Hard to Get to Know, Plus Does the Cast Miss Lisa Vanderpump?

RHOBH’s Sutton Stracke Says She Heard Hookup Rumors About Denise Richards and Brandi Glanville a Year Before Joining Show, Shares Which Costar Was Hard to Get to Know, Plus Does the Cast Miss Lisa Vanderpump? 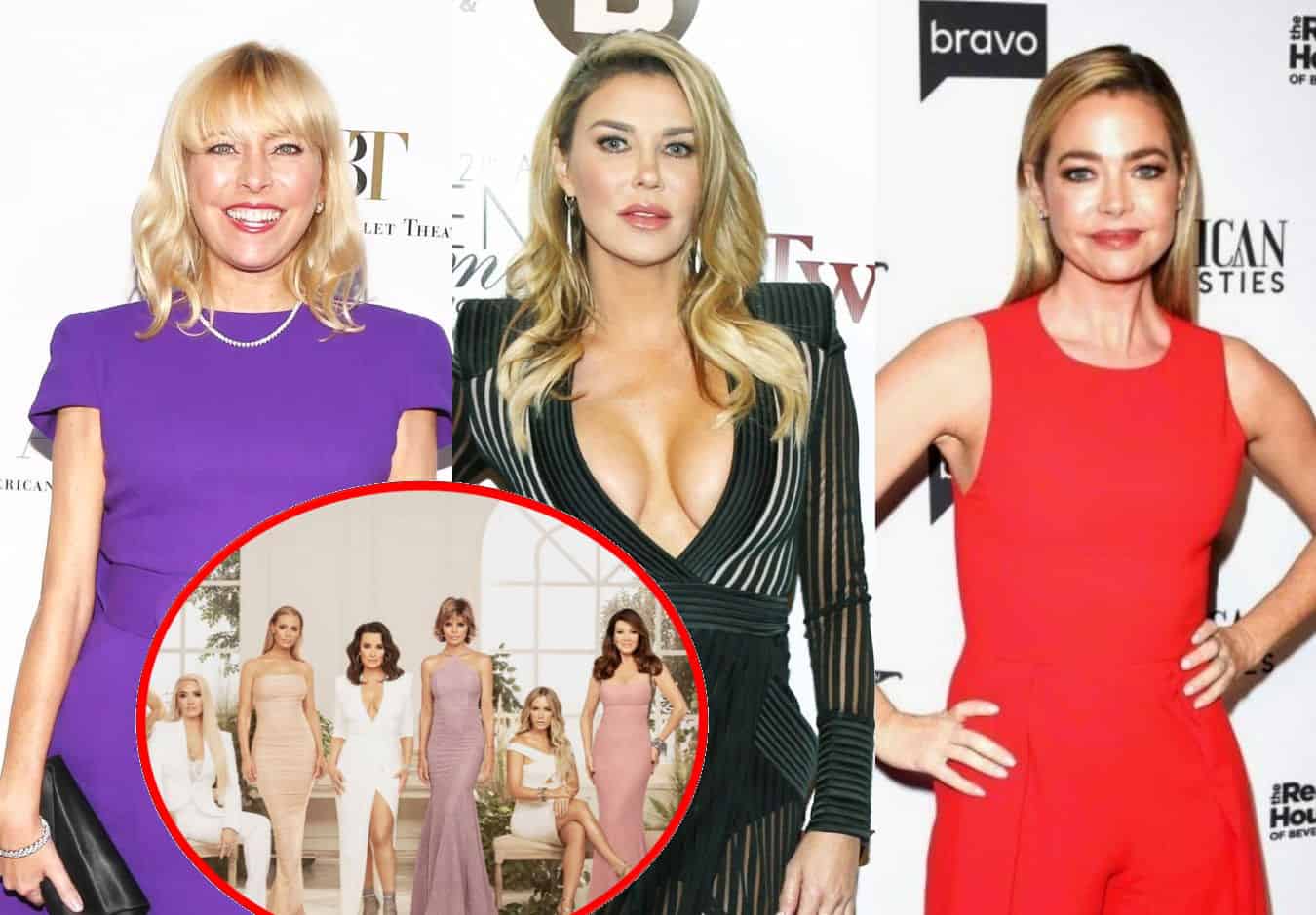 New Real Housewives of Beverly Hills star Sutton Stracke is spilling on everything from Denise Richards and Brandi Glanville hookup rumors to what she thinks about her costars. Plus, she reveals if the cast misses having Lisa Vanderpump on the show.

It may only be newbie Sutton’s first year on RHOBH, but she’s revealing she already knows a lot about her diamonds and rosé-loving costars! And while she says she’s gotten along well with some of her fellow-Beverly Hills housewives, she’s quick to admit she had a hard time getting to know Dorit Kemsley.

“I thought Dorit was a bit more hard to get to know and I thought that that was going to be an easier relationship,” Sutton recently dished in an interview with US Weekly.

Sutton’s also quick to admit she didn’t really mesh well with the other newest cast member of the show, Garcelle Beauvais, although they later become close during filming.

“It was hard for me to get to know Garcelle at first. One time she said, ‘I don’t know if I like you and I don’t think you know if you like me.’ And I said, ‘Well I like you,’” said Sutton. “But since then we have bonded and we kind of look at each other across the room like, ‘Oh, lord Jesus. What’s happening?’”

Sutton also divulged her true feelings about Beverly Hills housewife Denise while explaining what was going through her mind when the actress failed to show up to a cast party being held at Dorit’s house.

“We went to the final party at Dorit’s house and I was in the car with my boyfriend and I said, ‘I really hope Denise comes’. And she wasn’t there. It surprised me,” recalled Sutton. “And also it made me sad because I wanted her to be there. I really like her. She’s a really dear person and she has a very calm energy. I think we’re all, we all like her. So I think we were all disappointed that she didn’t come.”

And while Sutton may be new to the cast, she was apparently privy to one of the show’s juiciest rumors — that Denise and Brandi were allegedly engaging in a months-long affair — a year before she even joined the show. A rumor Denise’s rep has denied.

“I haven’t really talked to Brandi about her side of the story. But I did tell Brandi, because I had heard rumors a year before the show about them, and I was like [to Brandi], ‘You cannot do that. Don’t kiss and tell,’” Sutton dished on the salacious hookup rumor, which Denise has since denied. “And she just doesn’t give — she’s like, ‘I’m living my life, you know?’ She’s open and honest. So we’ll see.”

Sutton also dished on the show’s former “Queen” of Beverly Hills, Lisa, who she admitted she never actually met.

But when Sutton was asked if the cast missed seeing the likes of Lisa on the show, she gave a simple, “No.”

According to Sutton, the new season 10 of Real Housewives of Beverly Hills is likely to air in April of this year.