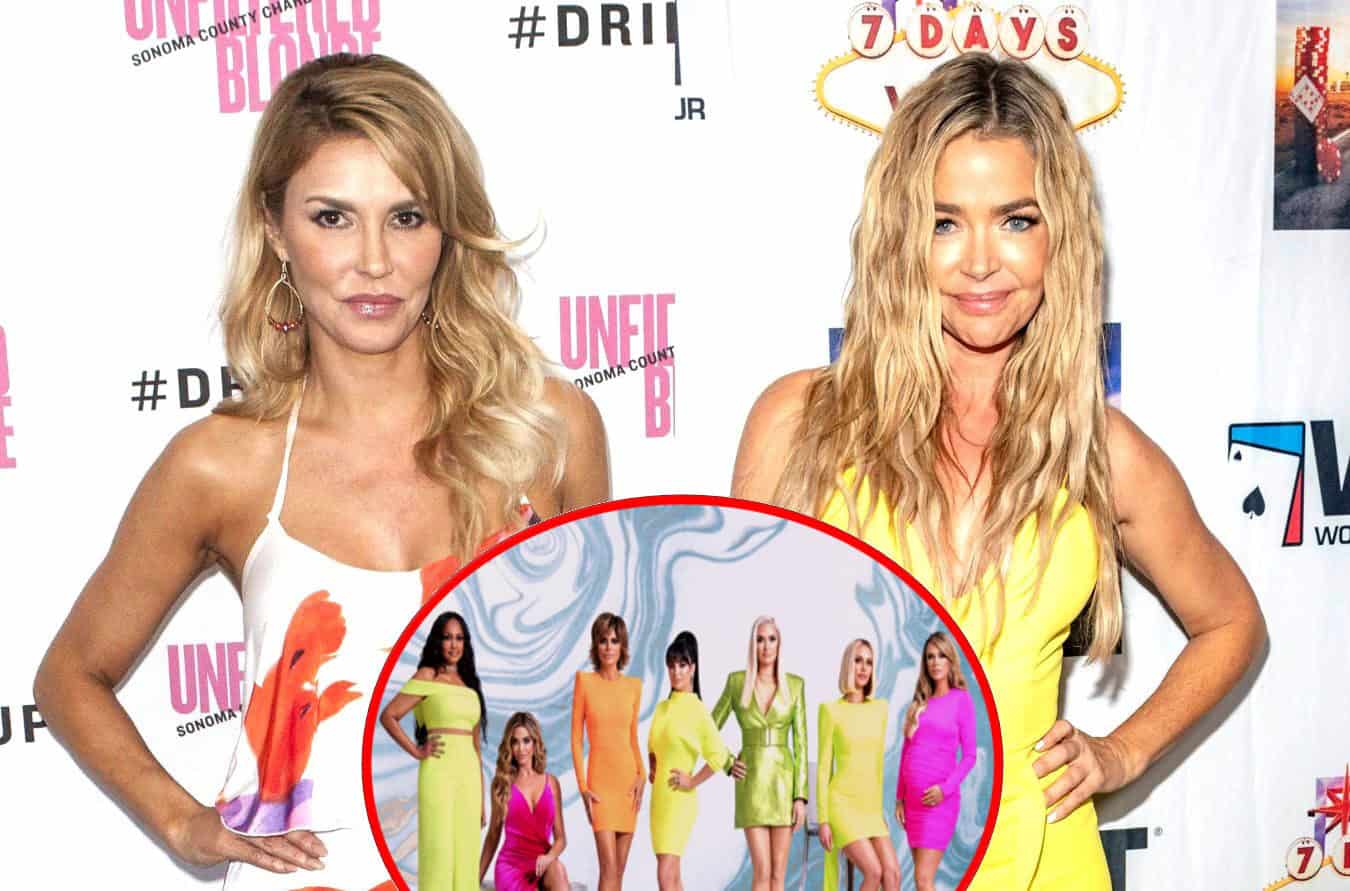 Brandi Glanville told one of her Real Housewives of Beverly Hills co-stars about her alleged hookup with Denise Richards off-camera before going public with her claims against Denise on the show.

During a recent interview, Brandi admitted that she wasn’t initially planning to expose Denise for supposedly sleeping with her in April 2019 before accusing her of ditching her after the rumored hookup and weighing in on Denise’s alleged affair with Richie Sambora, the ex-husband of Denise’s former best friend, Heather Locklear.

“Once I told one of the girls, I knew I had to say it on the camera because otherwise, somebody else is going to say it for you and then it’s like, ‘Why didn’t you just say it?'” Brandi explained while chatting with Domonique Racquel for Celeb Chat. “I was like, ‘F*ck my life.’ Because I really… I wasn’t going to say it.”

According to Brandi, she didn’t see Denise for nine months after their supposed hookup.

Moving on to Denise’s past romance with Richie, Brandi wondered why everyone has seemingly forgotten about the way Denise betrayed her friend.

“Why do people not remember this? Heather and her were best friends. They [went] on vacation and I’m like, ‘She is not an angel!’ So many people forgot it!” Brandi proclaimed. “I don’t want to me the one to remind people but you guys, she’s no angel. She’s was married to Charlie f*cking Sheen.”

Although Denise maintained that her relationship with Richie didn’t begin until after his divorce from Heather, who has faced rumors of being added to the RHOBH cast in recent years, the relationship certainly made a lot of headlines at the time it began due to the fact that Denise and Heather were once so close.

As for why people continue to pity Denise, Brandi said it is likely the way she plays the role of a victim.

“I think she’s just really good at being a victim,” Brandi added.

RHOBH Live Viewing – This is also the live viewing thread for tonight’s season finale episode, so feel free to comment and chat below as the new episode airs at 9/8c tonight on Bravo TV!

Andy Cohen Denies Gizelle Bryant’s “Meltdown” Was Edited Out of RHOP Reunion as Monique Samuels Disagrees, Plus What Gizelle Said About the...