Home Real Housewives of Beverly Hills News RHOBH’s Teddi Mellencamp Reposts Comment Deleted by Denise and Slams Her “Victim Routine” Amid Feud, Plus She Reveals the Part of Her Life That Isn’t Shown on Show and Talks “Crazy” Reunion

RHOBH’s Teddi Mellencamp Reposts Comment Deleted by Denise and Slams Her “Victim Routine” Amid Feud, Plus She Reveals the Part of Her Life That Isn’t Shown on Show and Talks “Crazy” Reunion 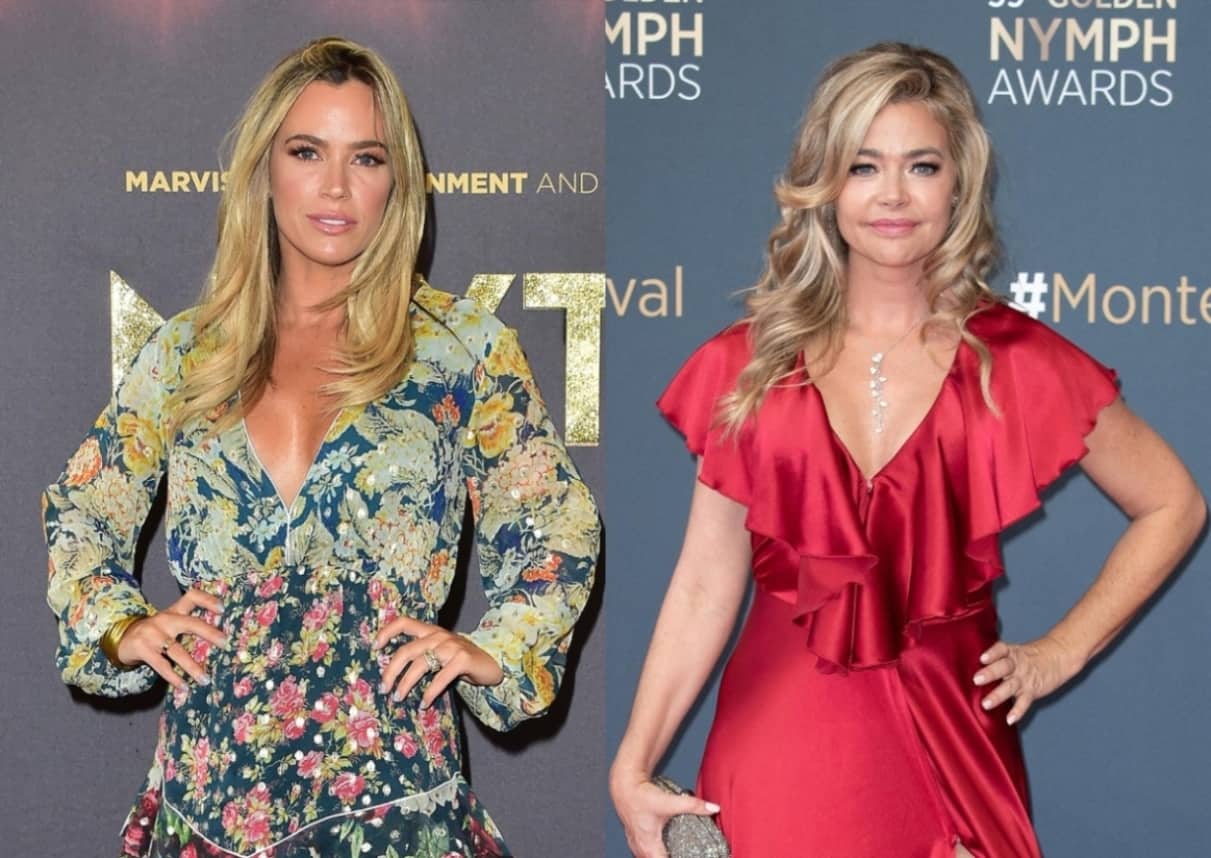 After seeing that Denise dissed her on Instagram after she shared a text message exchange between her and her dad in regard to their Real Housewives of Beverly Hills drama, Teddi called out Denise for deleting her response before opening up about the parts of her life that aren’t seen on the show and teasing the upcoming “crazy” reunion for season 10.

“So [Denise Richards] posted this today. I responded but my comment is all of a sudden MIA? I guess someone doesn’t want the truth out there,” Teddi wrote on her Instagram Stories on July 23, along with Denise’s previous Instagram post, in which she dissed Teddi for “stooping” to the level of sharing her dad John Mellencamp‘s diss. 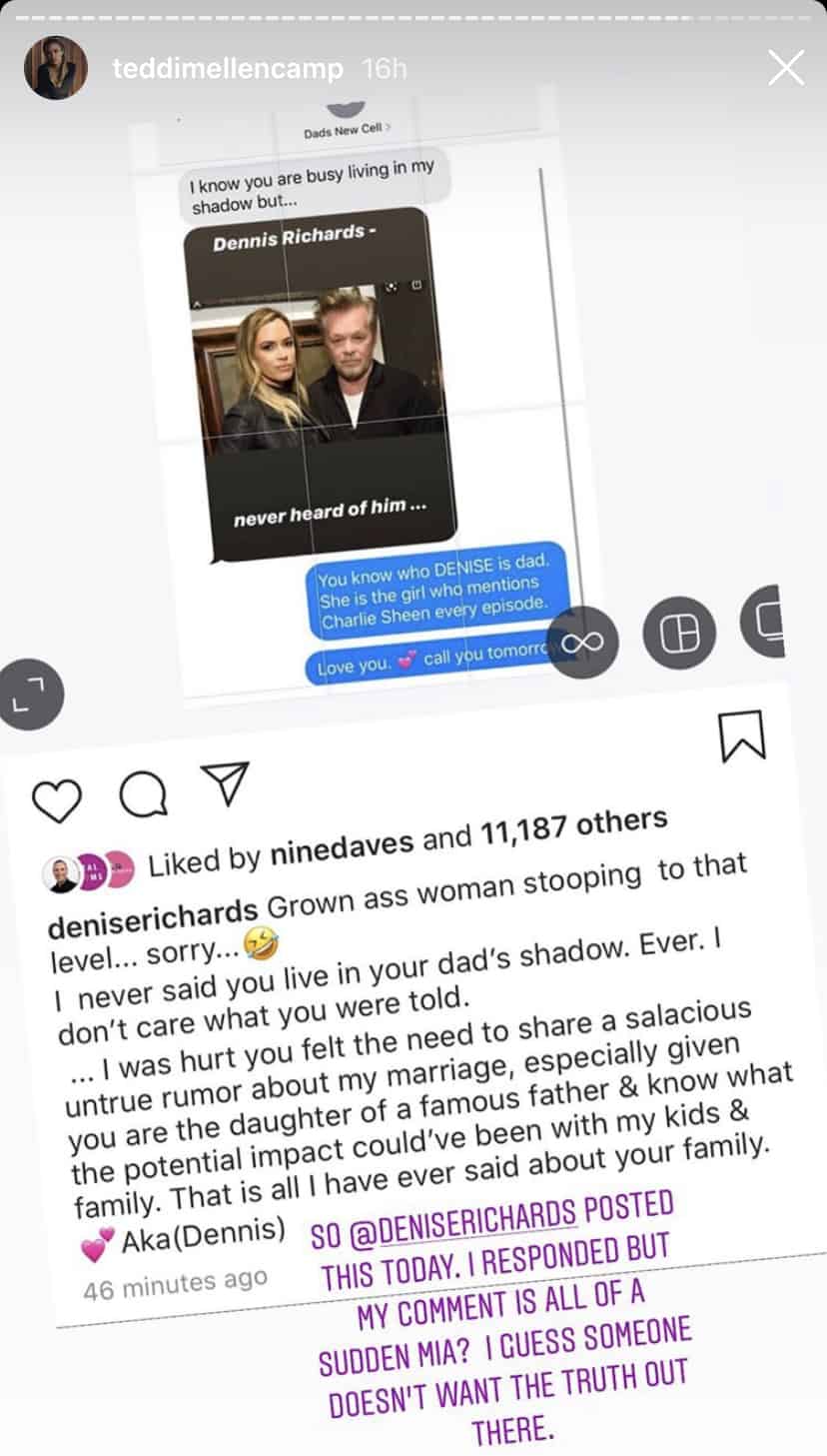 Teddi then shared her deleted response.

“You’re Denise F**king Richards but you sure can’t take a joke. But since we are doing this, you brought Brandi back in by sharing personal information with her. Not me. You also confirmed you said way worse things about me than living in my Dad’s shadow. Enough with this victim routine Denise,” Teddi had written. 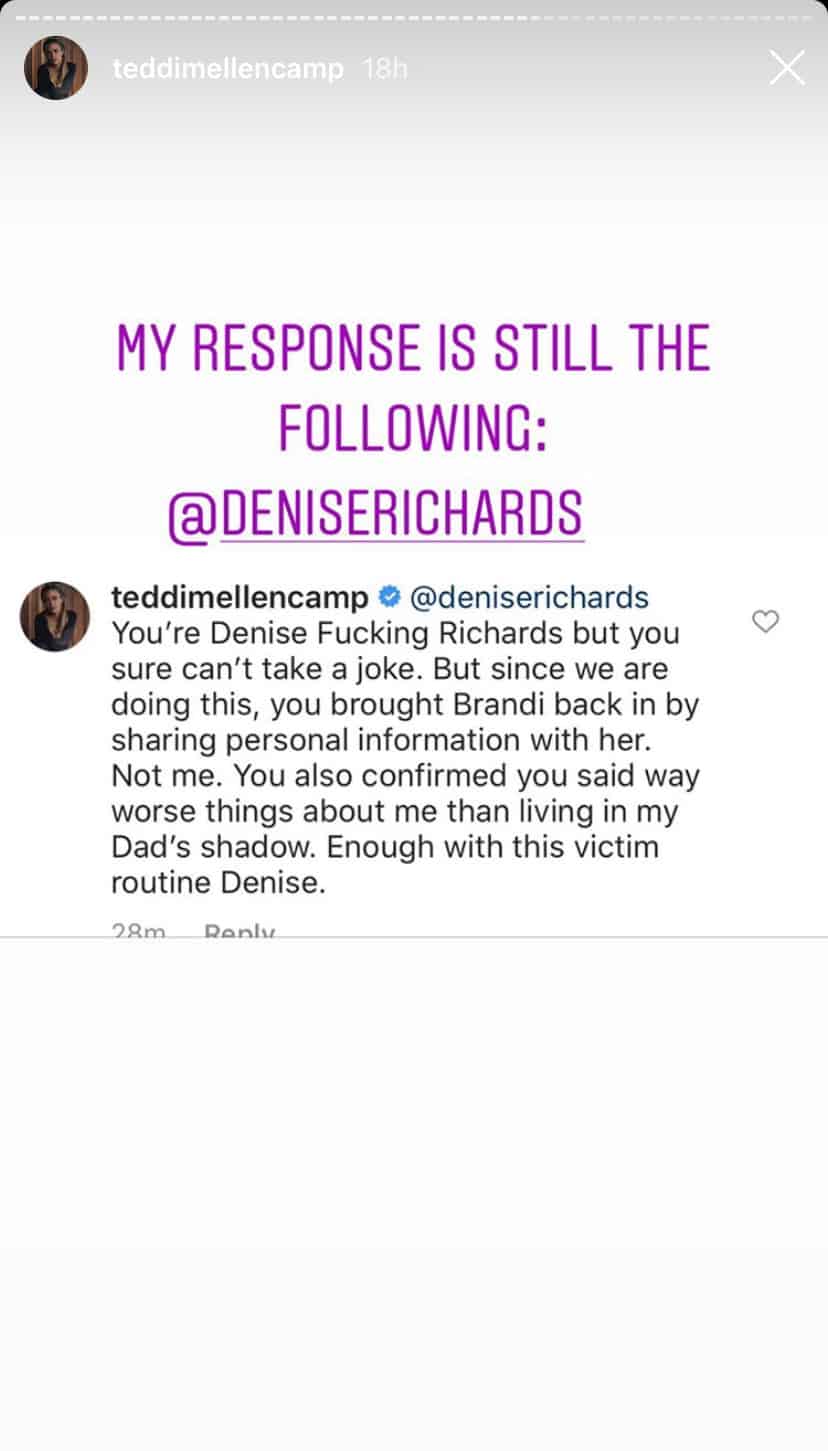 Also on her Instagram page on Thursday, Teddi responded to a number of questions sent to her by her fans and followers, one of whom wanted to know her feelings about RHOBH season 10.

“Some episodes are hard to watch back,” she admitted. “I think my first season, so many people related to me because so much of my home life was shown and riding and getting to know me. And now you don’t really see much of that type of stuff. But it isn’t up to me.” 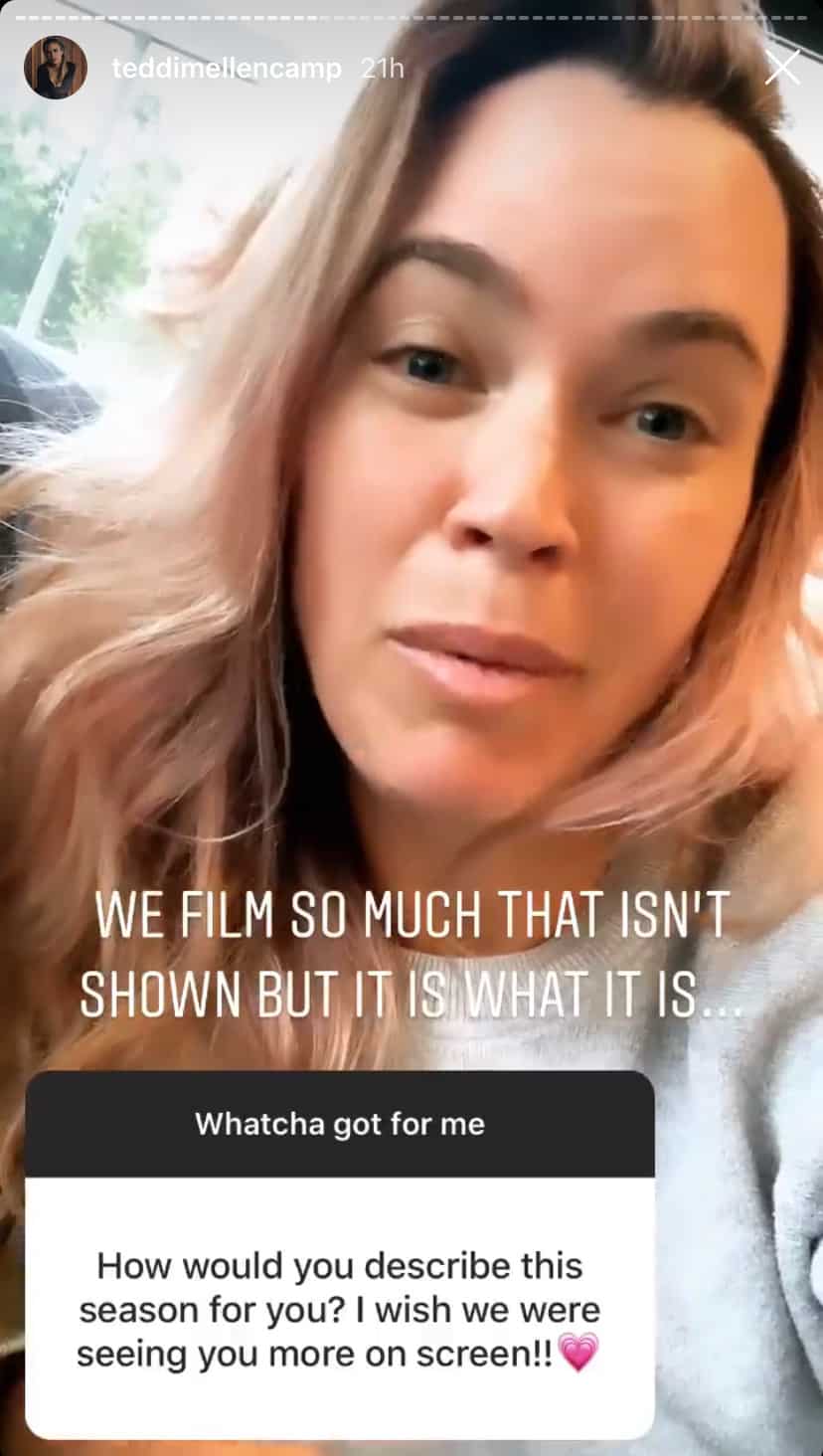 Another fan asked where Teddi was when she filmed the reunion special for the new episodes and pointed out that it looked as if she was at the home of her co-star and friend, Kyle Richards. 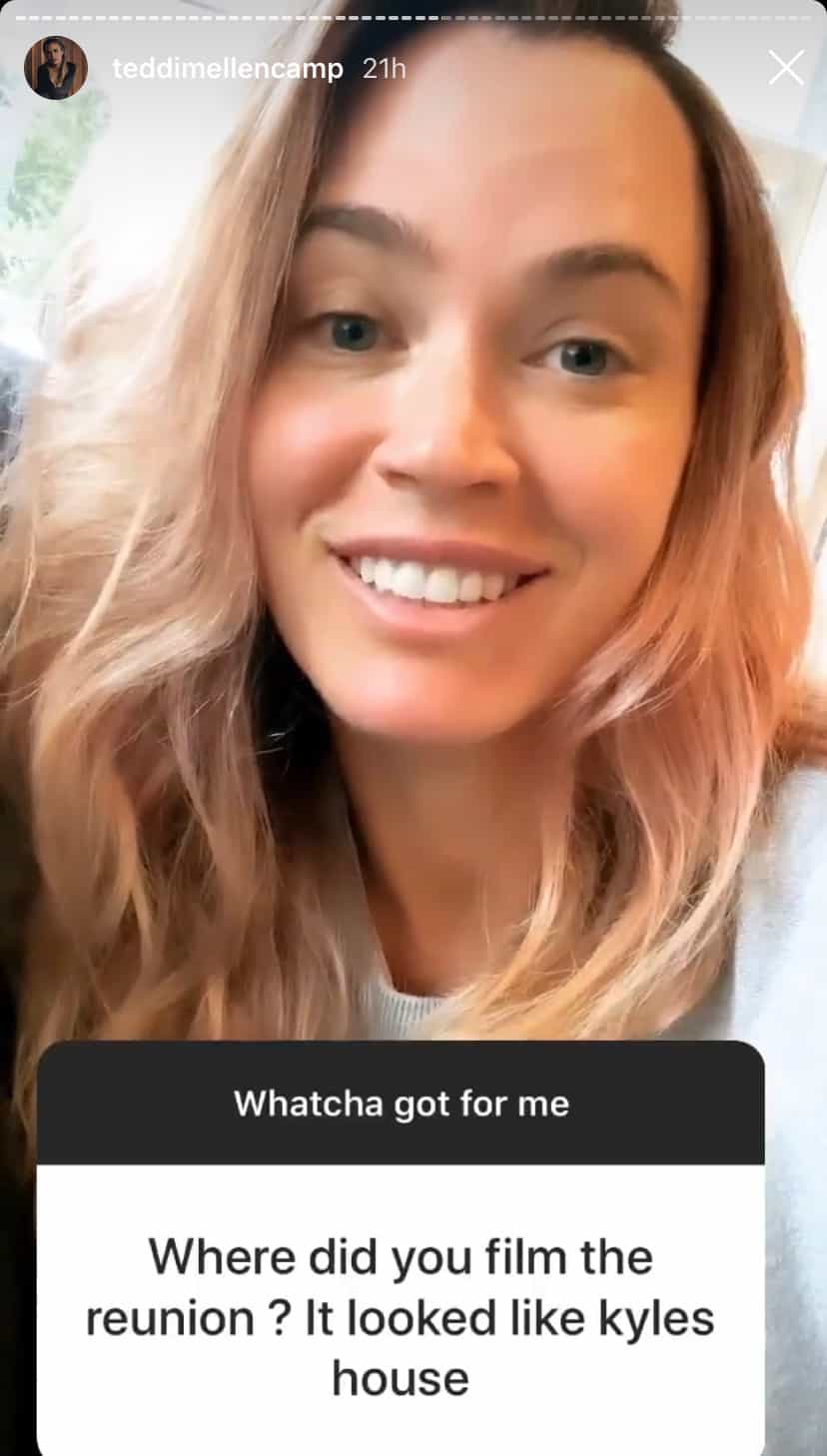 Teddi also said that when it came to the virtual taping, the drama between her and her RHOBH co-stars “was crazy.”

“I mean, wow. Completely different experience than any other reunion I’ve been a part of,” she teased.