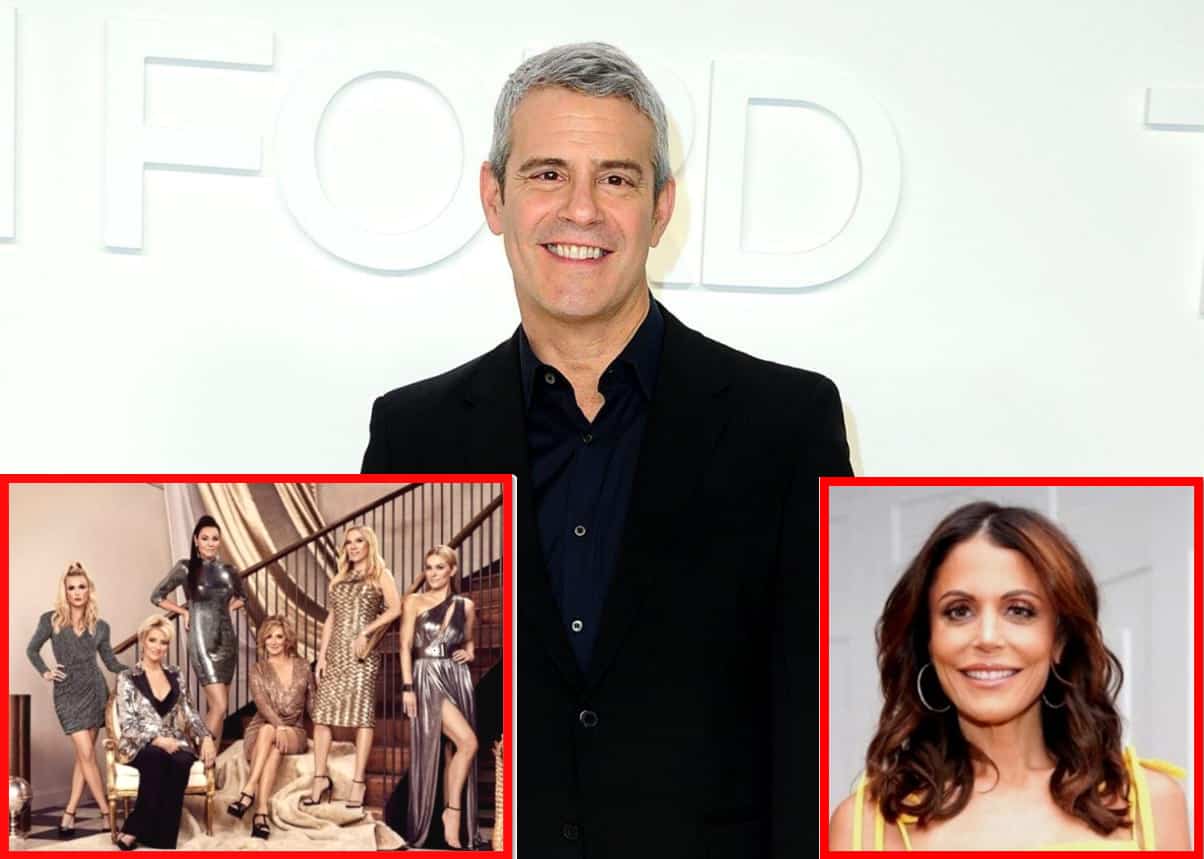 Andy Cohen confirmed the fate of The Real Housewives of Beverly Hills season 10 reunion during an appearance on Australia’s The Kyle and Jackie O Show on Wednesday.

After first sharing whether or not he will be traveling to Los Angeles for the upcoming taping, the Watch What Happens Live host opened up about his relationship with former Real Housewives of New York City star Bethenny Frankel, who he recently reunited with.

“I will be hosting the Real Housewives of Beverly Hills reunion very soon and I’ll be doing it from The Hamptons,” Andy confirmed, according to an audio clip shared by KIIS 1065.

While Andy had planned on traveling to the West Coast to tape the special this week, the ongoing closures and restrictions caused by the coronavirus pandemic have made it impossible for him to film an in-person reunion with the women of RHOBH.

“I had hoped to fly out to L.A. this week and do it from there but unfortunately, that’s not going to happen,” he explained.

As it turns out, the RHOBH reunion is actually being filmed today, July 16, according to a tweet by Garcelle Beauvais.

As for his relationship with Bethenny, who left the RHONY cast last year, Andy revealed he has plans to spend time with her soon.

“Bethenny is fantastic. She’s down the road. I’m going to see her in a couple of days,” he shared.

Indeed, Andy took to his Instagram page yesterday and shared a photo of himself reuniting with Bethenny… as they also social distanced.

“This #RHONY Reunion was short on drama, but lots of laughs,” wrote Andy.

As fans may have seen, Andy faced rumors of potential turmoil with Bethenny last year after she announced her departure from the series amid claims of alleged salary demands. However, during an episode of Andy Cohen Live, he said he was grateful that Bethenny had returned to the cast for season seven after previously walking away after season three.

“I am so grateful that she came back,” he shared. “She already left is what we need to remember. So, we were so lucky to have these last seasons with her on it… It was just so fun to have her back and she brought so much to the show that I just am living in the gratitude of her second return and I will hopefully live in the gratitude of her third return.”