Home Real Housewives of Beverly Hills News Andy Cohen Reveals Lisa Rinna Was “Really Upset” at RHOBH Reunion Due to Brandi Glanville’s Absence, Reacts to Her Calling it “Bulls**t” and Addresses Possible Brandi Interview, Admits to Being “Annoyed” During Taping

Andy Cohen Reveals Lisa Rinna Was “Really Upset” at RHOBH Reunion Due to Brandi Glanville’s Absence, Reacts to Her Calling it “Bulls**t” and Addresses Possible Brandi Interview, Admits to Being “Annoyed” During Taping 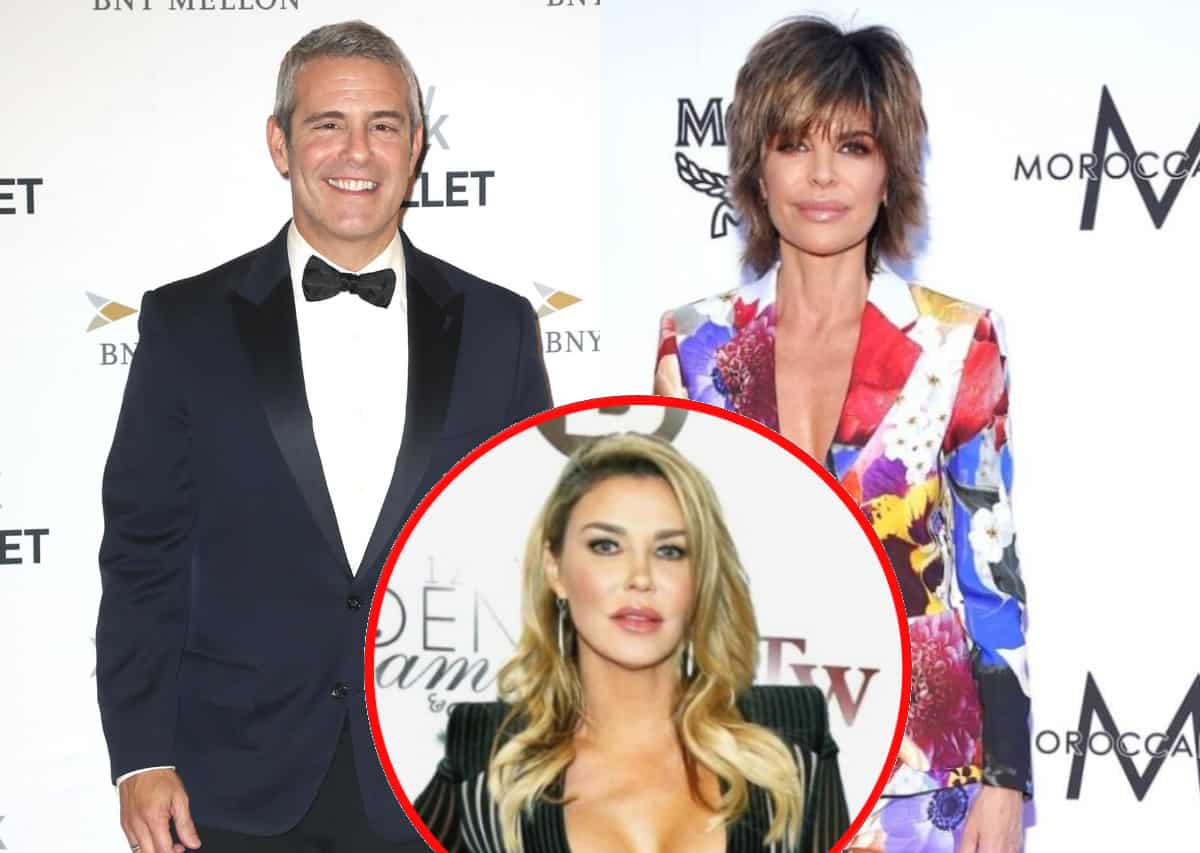 Andy Cohen is speaking out about Lisa Rinna‘s recent claim regarding the Real Housewives of Beverly Hills reunion being “bulls**t.”

During Monday’s episode of Radio Andy’s Andy Cohen Live, Andy reacted to Lisa’s statement by revealing why she was “really upset” and speaking about the role Brandi Glanville will play on the special before admitting that he too was “annoyed” by the taping.

“We shot the Beverly Hills reunion the other day virtually,” Andy began.

“[Lisa Rinna] said it was bullsh*t. She was really upset that Brandi was not there and I was not,” he continued.

According to Andy, he and Brandi came to a mutual decision that she should not appear alongside the women and should instead film her own one-on-one segment, which will be included in the multi-part event.

“We decided… We were going back and forth about whether she should come. Spoke to Brandi about it and I think when you see the finale, you will see… I don’t want to give too much away… but the bottom line is we will all hear from Brandi,” Andy confirmed. “But yeah, [Lisa] was upset about it.”

And Lisa wasn’t the only person who was irritated by the RHOBH reunion taping.

As RHOBH fans may have seen, the cast of the show appeared to be divided after the taping with Garcelle Beauvais and Denise Richards left out of a group photo shared of the cast by Kyle Richards after they filmed.