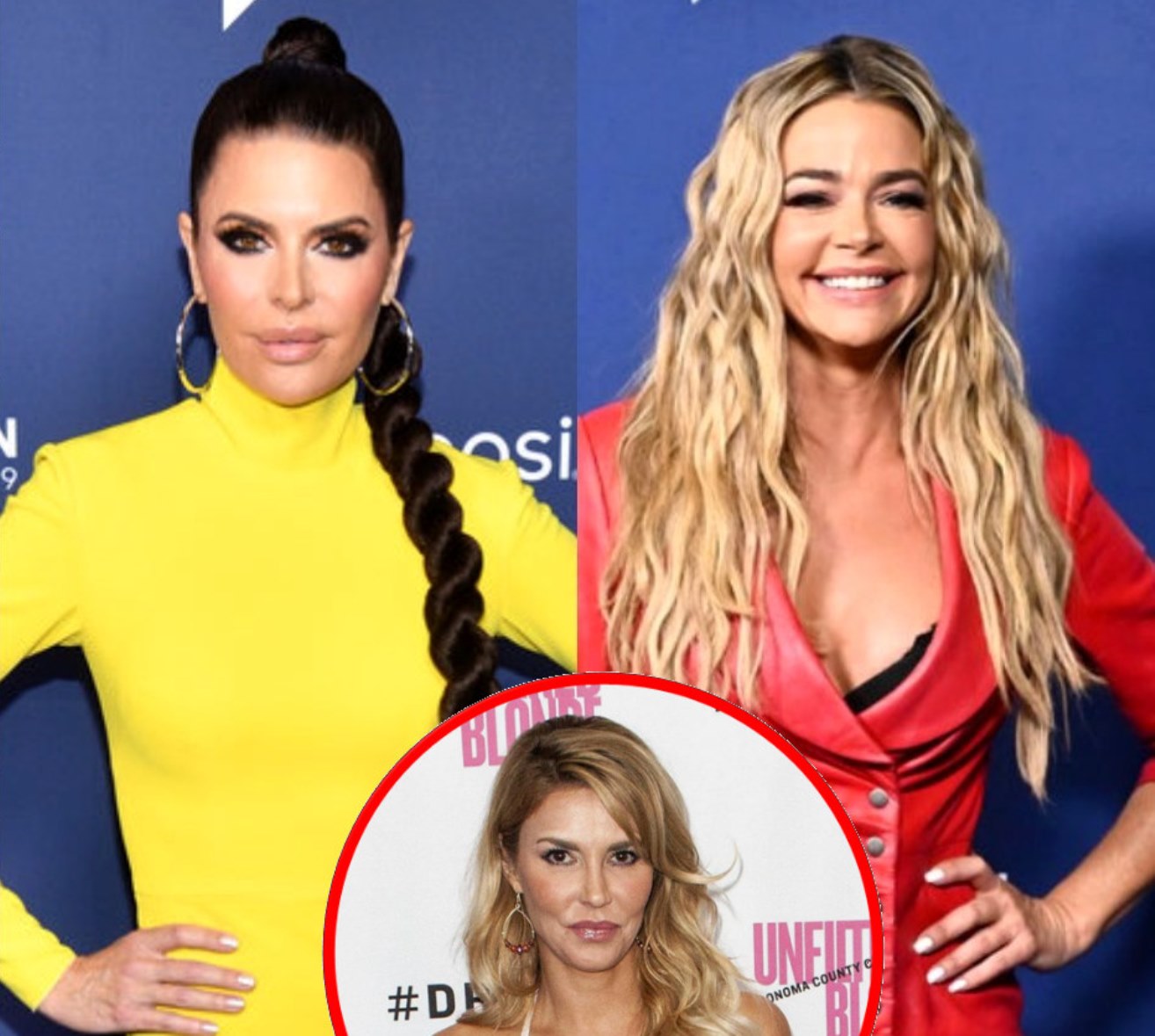 Lisa Rinna just seemingly suggested that the Real Housewives of Beverly Hills reunion special will not be as revealing as viewers have hoped.

In the wee hours of the morning on Friday, hours after what Teddi Mellencamp predicted would be a 15-hour virtual taping, Lisa slammed the special as “bullsh*t” and suggested the cease and desist letter Denise Richards sent out during season 10 kept her castmates quiet about her drama. Plus, Brandi Glanville called out certain cast members for “fake” crying on Twitter as a post-taping photo was shared by Kyle Richards on Instagram.

“Reunion was bullsh*t today,” Lisa told her fans and followers on her Instagram Stories on July 17.

“I’ve never said that in [six] years. I guess cease and desists work,” she added. 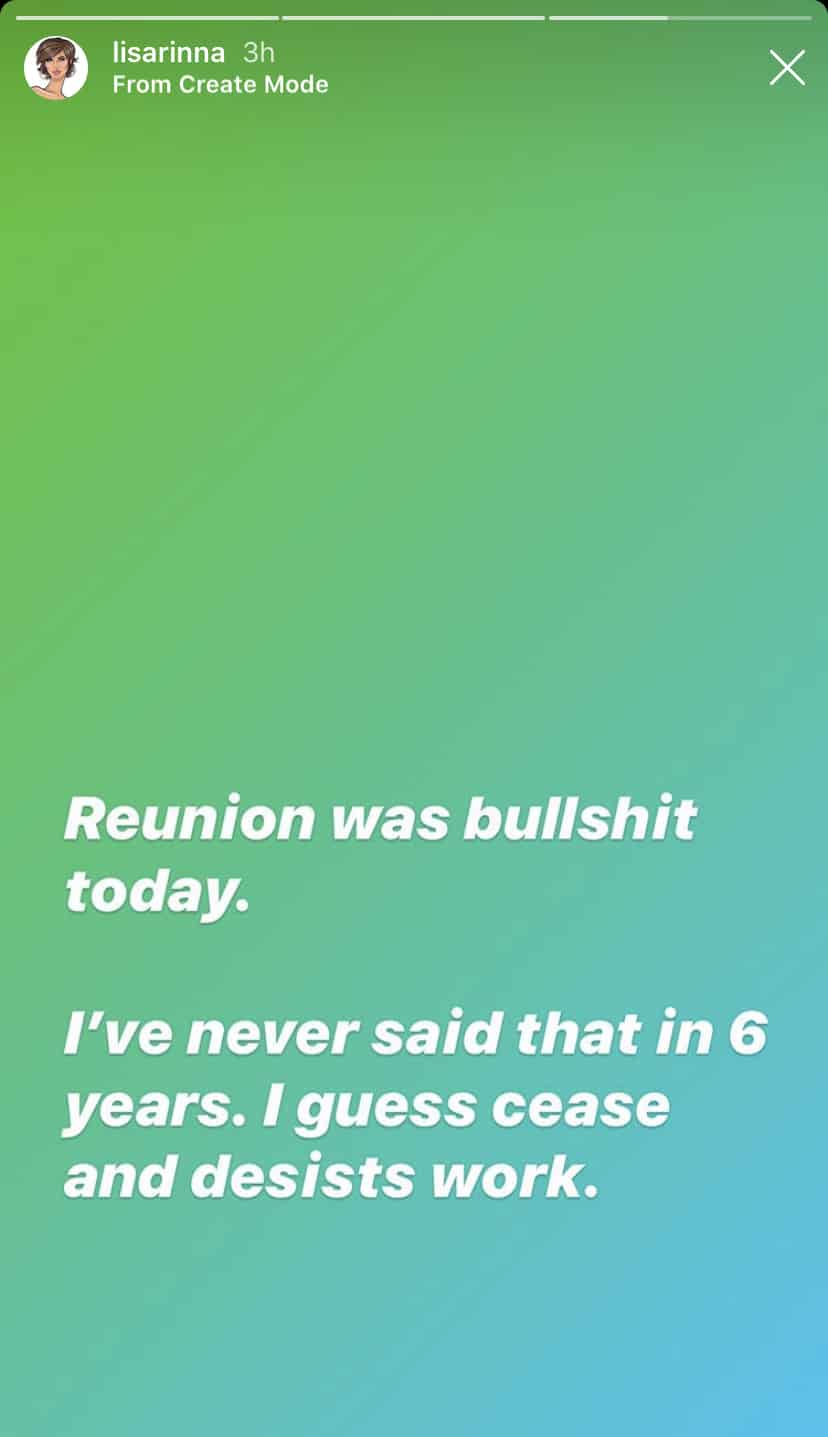 Denise sent a letter of cease and desist to Brandi during production on RHOBH season 10 amid rumors of potential hookups between them and claims of an open marriage between Denise and her husband, Aaron Phypers.

In March, during an appearance on the Everything Iconic with Danny Pellegrino podcast, Brandi told the host that because she “was given a cease and desist,” she was not able to confirm or deny their supposed affair. Then, when asked where the two of them stood in their relationship at that point in time, Brandi said they were no longer standing or “laying down” anywhere.

“All I can tell you is I don’t lie,” Brandi teased.

While Brandi has said quite a lot on social media in regard to her potential romance with Denise and even shared a photo of the two of them sharing a kiss, she didn’t say much about the recent reunion taping. Instead, she simply called out certain cast members for failing to be authentic.

“I think certain ‘Housewives’ should do you a workshop on how to fake cry,” she tweeted on Thursday evening.

Prior to the taping of Thursday’s RHOBH reunion, the series’ newest full-time cast member, Garcelle Beauvais, shared a photo of her “reunion prep.”

Then, afterwards, Kyle took to her Instagram page, where she shared a post-taping image in which Garcelle and Denise were noticeably missing.

“When the wigs & the gloves come off,” she wrote in the caption. 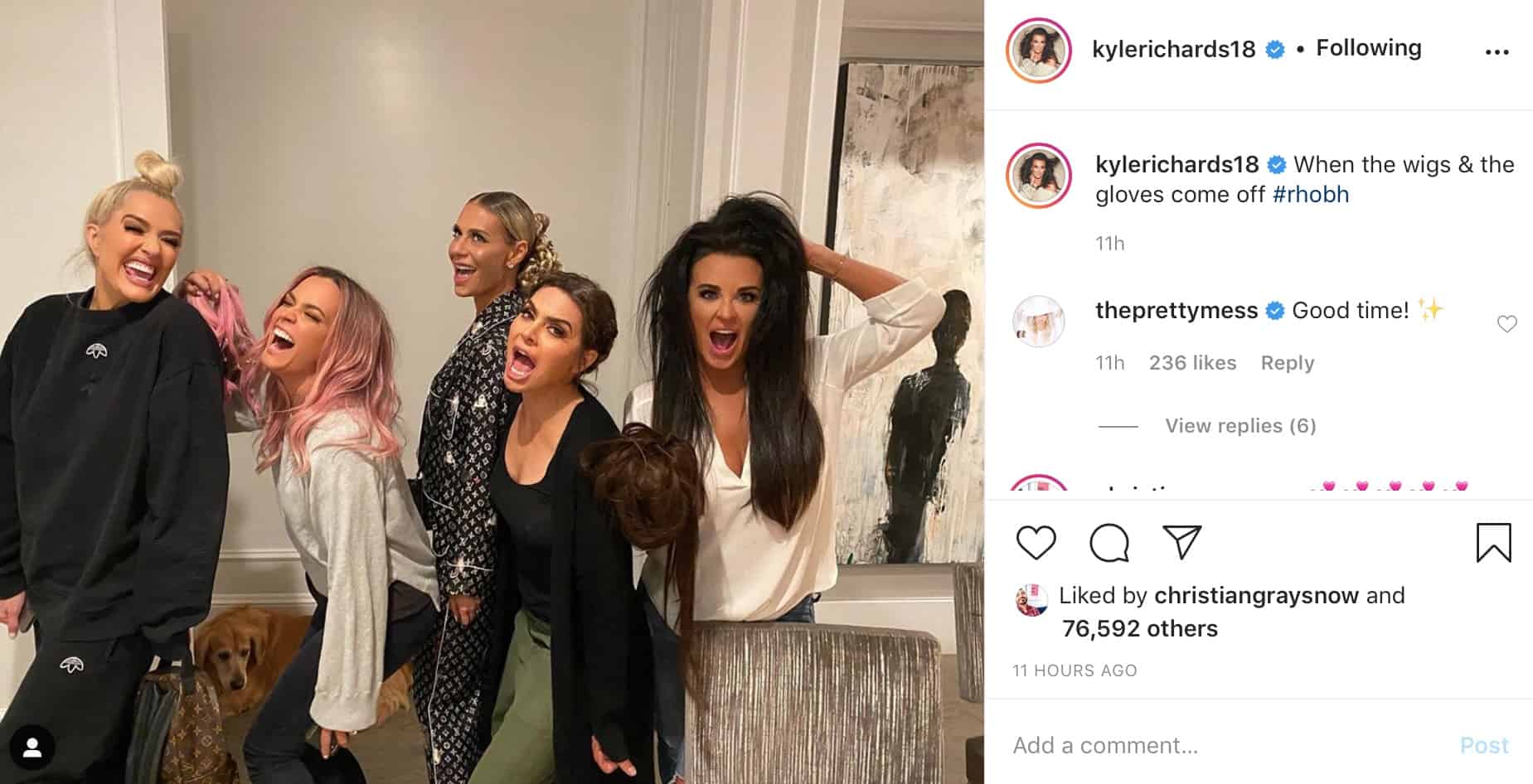