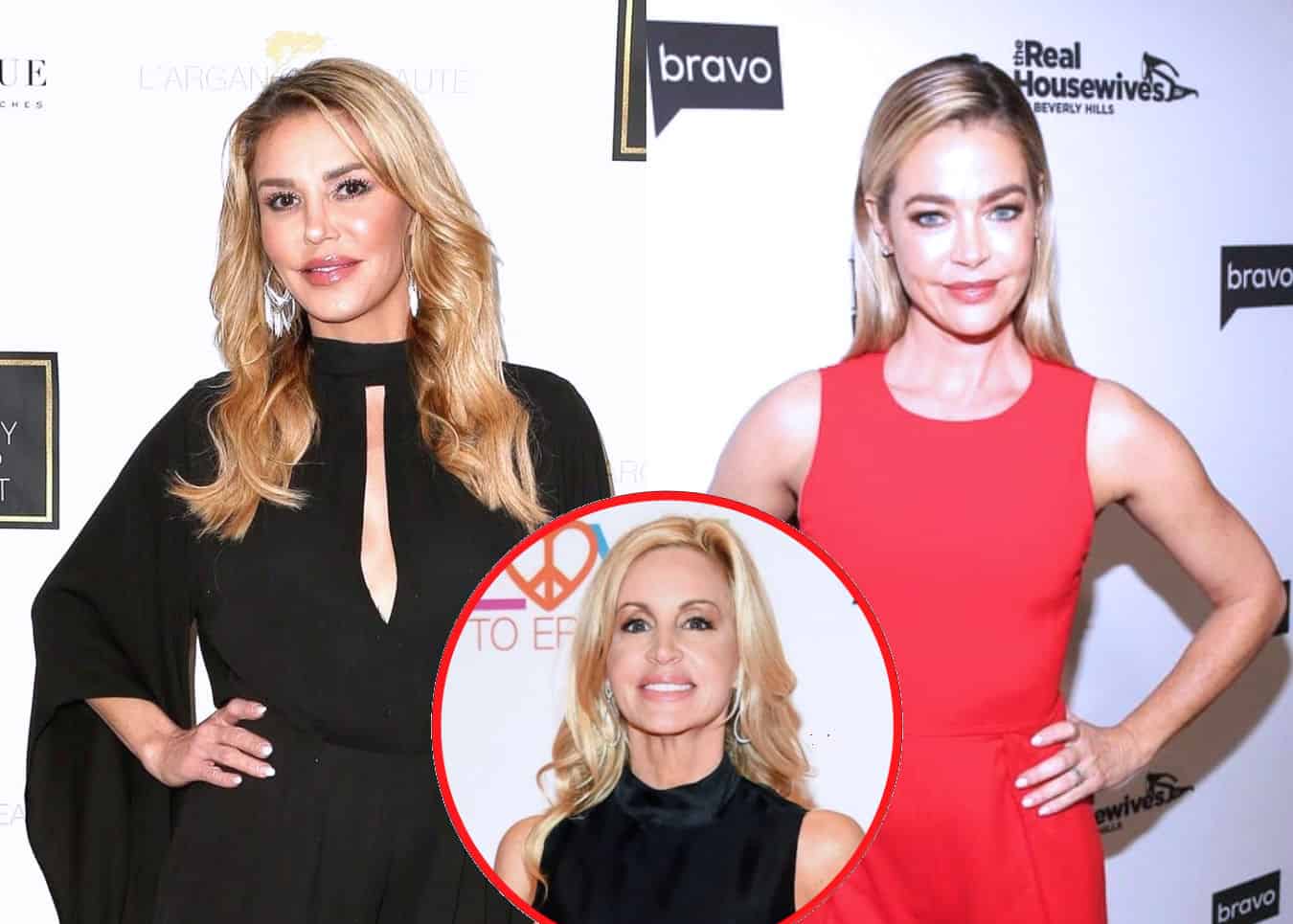 Brandi Glanville is making sure that her fans and followers on Twitter know that the photo she shared of herself kissing another woman over the weekend did, in fact, feature her Real Housewives of Beverly Hills co-star, Denise Richards.

Following the posting, Brandi returned to her Twitter page, where she said the image was not of a “DR look alike” before noting that kissing is her “love language” as her other RHOBH cast mate, Camille Grammer, revealed when the pic was taken and downplayed the moment.

Brandi initially shared the image on Saturday as she prepared dinner. 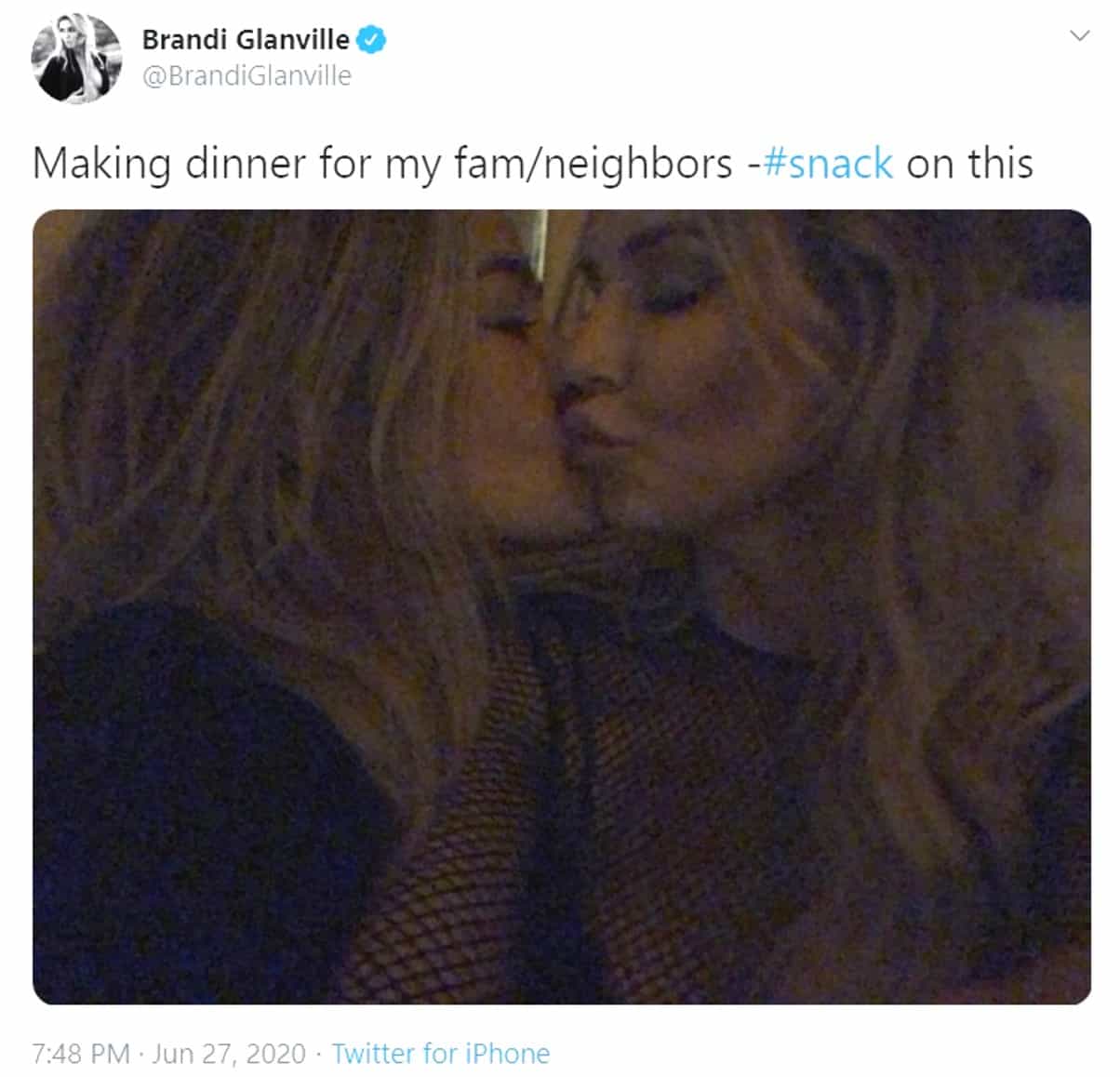 While Brandi didn’t tag Denise in her tweet, she went on to tell her online audience that she values kissing.

“Kissing is my love language,” she revealed. “I don’t like hugs to be honest but I’m gonna feed my family/neighbors right now I love them they are taking care of me she is a single mom to two boys we are fucking crushing this game.”

Although Brandi was clearly trying to strum up some drama ahead of her alleged hookup storyline on RHOBH, Camille wasn’t impressed and took it upon herself to reveal that the image was actually taken in 2018 as Brandi and Denise filmed the ninth season of the show.

“Ugh. That was season 9 while filming when they met up for drinks,” Camille explained, proving her claim with a couple of photos taken at the time. Camille also attached a ‘Pinocchio’ emoji, seemingly shading Brandi as a liar. 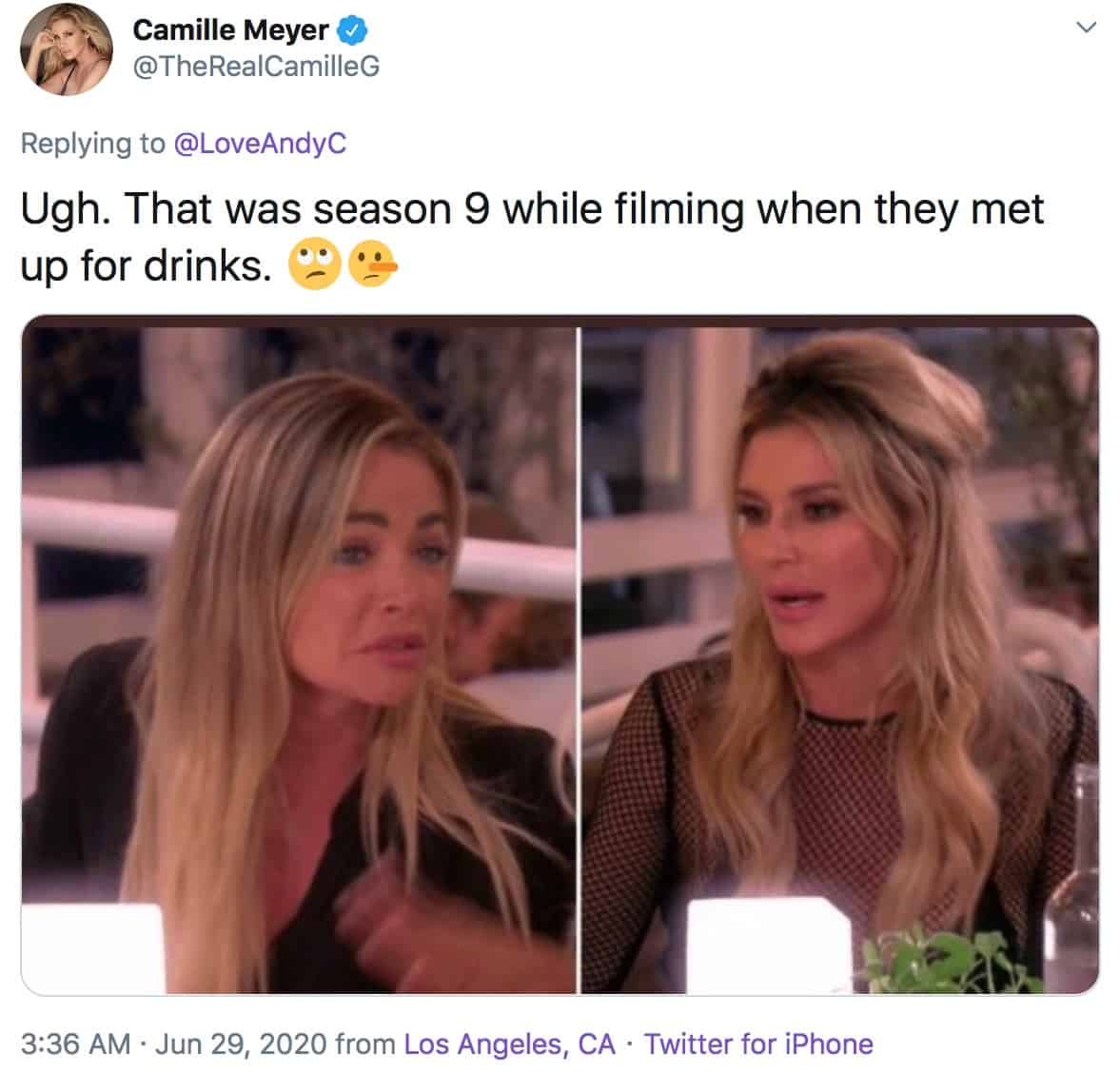 Camille then shared a second tweet in which she downplayed Brandi and Denise’s kiss by suggesting it was simply a “goodbye” kiss.

“Nothing more then a goodbye, thanks for filming with me side kiss,” she shared. 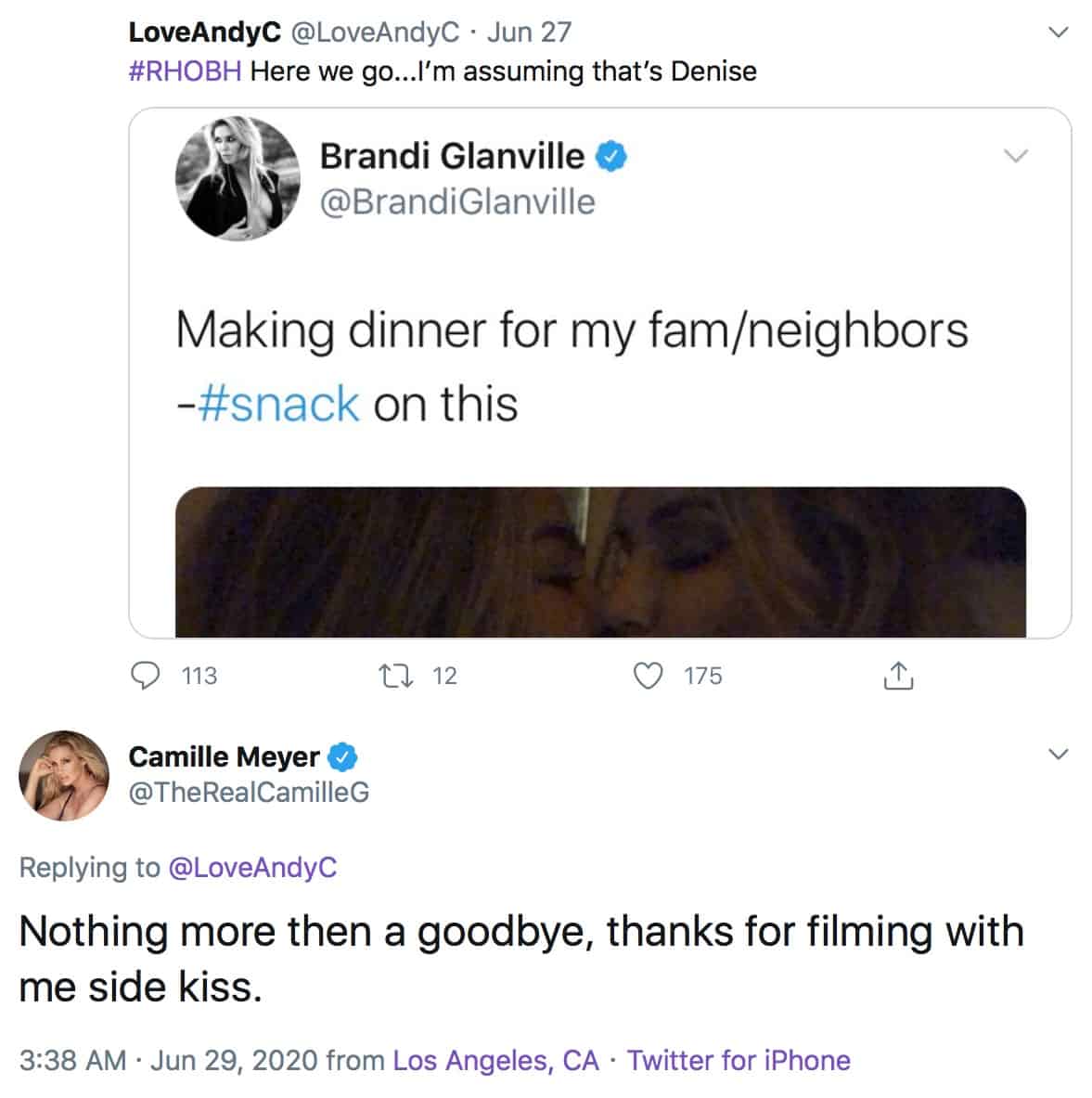 The Real Housewives of Beverly Hills season 10 will return to Bravo with new episodes on Wednesday, July 8, at 9 p.m.