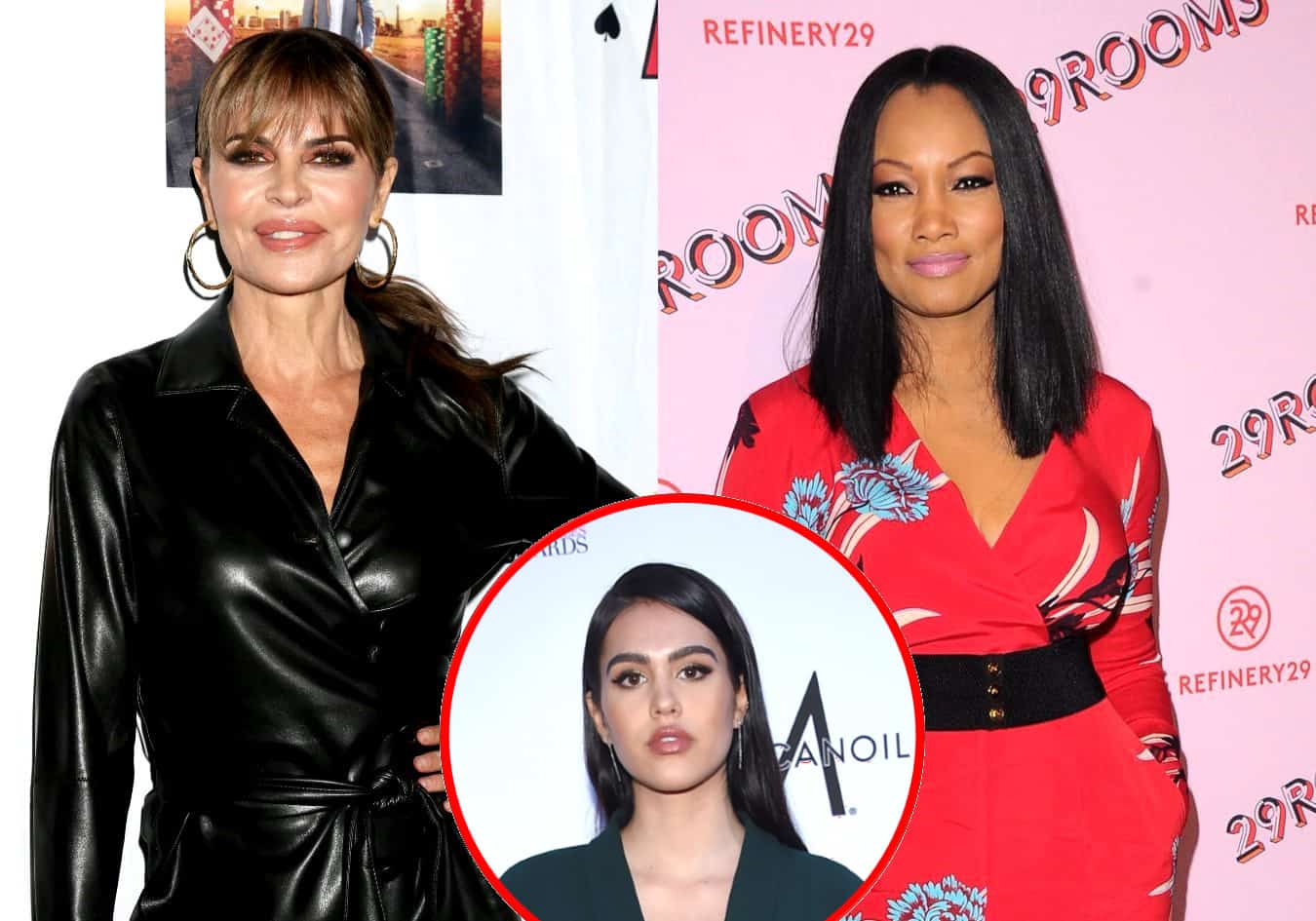 Lisa Rinna has taken issue with the comments Garcelle Beauvais made about her daughter Amelia Hamlin‘s eating disorder on the August 5 episode of The Real Housewives of Beverly Hills.

After Garcelle was seen criticizing Lisa over her sometimes-racy dancing videos on Instagram, suggesting that she would never be “dancing nearly n*ked” if she had a daughter with “body issues,” Lisa clapped back at her co-star’s “nasty,” “low blow” comments on her Instagram Stories before reacting to a fan who mentioned her 20-year friendship with Denise Richards.

In a message shared by Lisa on August 6, a fan wrote, “I love [Garcelle Beauvais] but her comment [about] [Lisa Rinna]’s IG [and] daughter’s eating disorder felt nasty. That’s mom shaming [at] its worst. We are already so hard on ourselves. I felt bad for any parent watching whose had to live [through] the hell of a child’s eating disorder.” 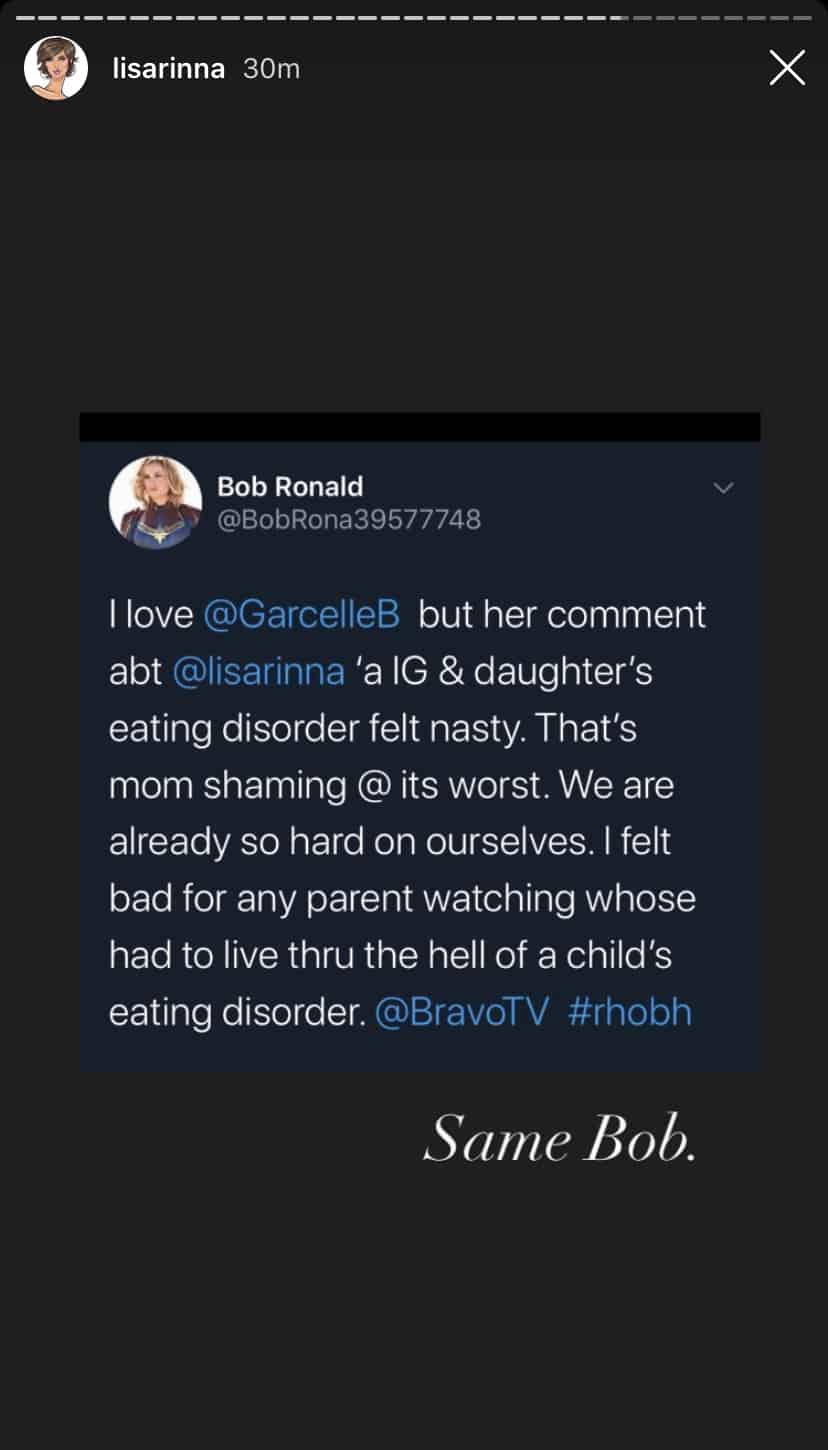 Lisa then shared another message from a RHOBH viewer.

“Exactly, the only person that comment hurt was Amelia,” the person said. “If Garcelle wants to take a dig [at] Rinna it’s fair game. But using the eating disorder to make the dig was a low blow. [In my opinion] it’s so brave of Amelia to be public [about] her anxiety and other mental health struggles [at] that age.” 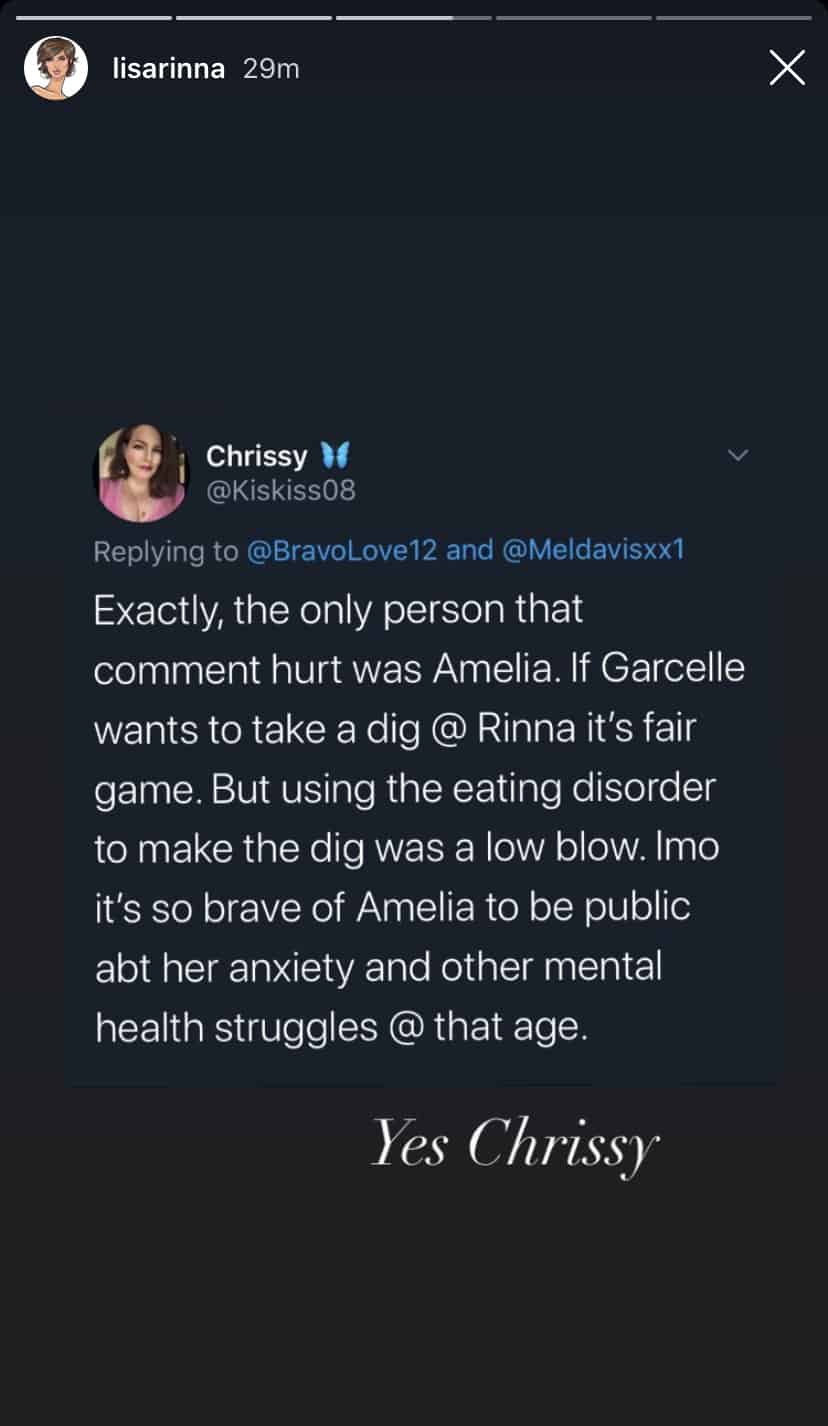 With a third post shared to her Instagram Stories, Lisa included another tweet in which a fan suggested that she wasn’t really friends with her RHOBH castmates.

“It’s so annoying people really think these ladies are REAL friends. They are just coworkers. Let’s not pretend Rinna and Denise were BFF for 20 years. Rinna earned her paycheck for that TV SHOW. Your fav could never,” the fan had written.

“Let’s not pretend,” Lisa agreed, before setting the record straight.

“I actually love some of these ladies,” she continued.

As for her 20-year friendship with Denise, Lisa added that the fan’s statement regarding the many years she’s known her co-star is on point.

“The 20 year part is correct,” she confirmed. 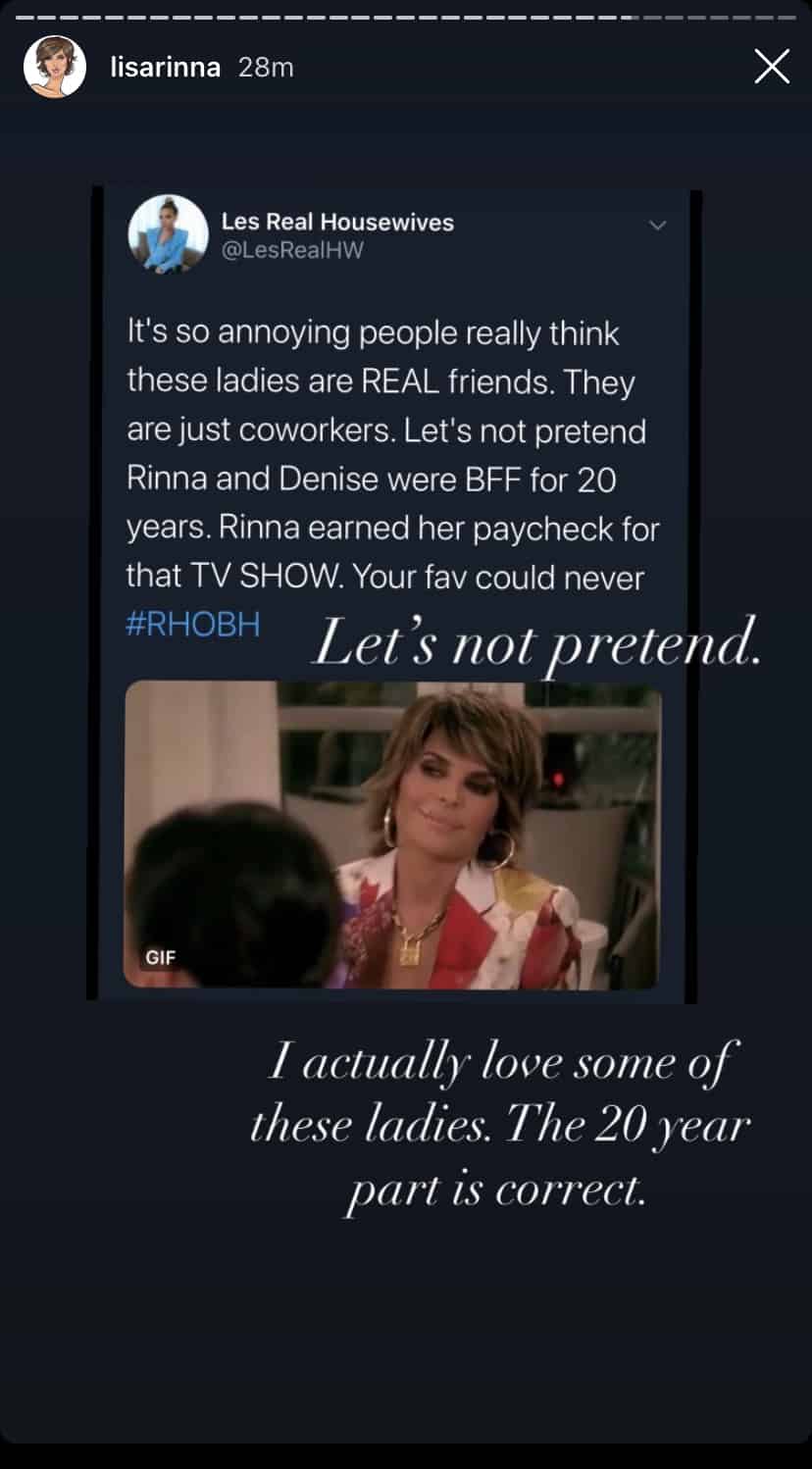 As RHOBH fans may have noticed, things between Lisa and Denise became increasingly strained as the 10th season continued, and during the recently taped reunion, Lisa reportedly went after Denise more than any other cast member.