Home Real Housewives of Beverly Hills News Harry Hamlin Reveals Why He Doesn’t Follow Wife Lisa Rinna on Social Media, Plus He Dishes on the Secret to His Marriage With the RHOBH Star

Harry Hamlin Reveals Why He Doesn’t Follow Wife Lisa Rinna on Social Media, Plus He Dishes on the Secret to His Marriage With the RHOBH Star 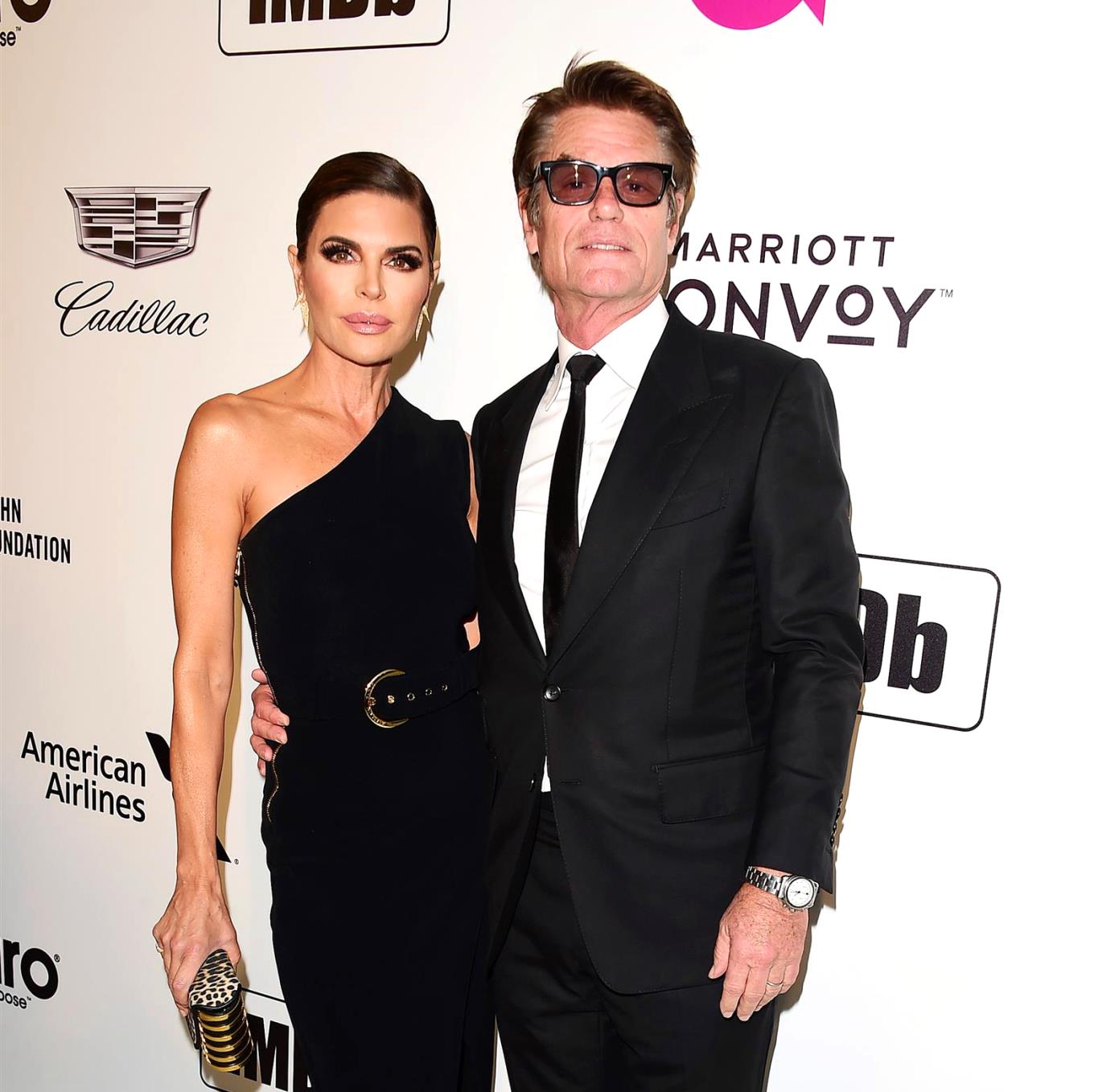 The Real Housewives of Beverly Hills star Lisa Rinna may have millions of followers online, but apparently, her husband Harry Hamlin isn’t one of them.

Love watching Lisa’s one-woman dance parties on Instagram? Well, as it turns out, her husband Harry doesn’t! While the successful actor and reality star husband does, in fact, have a social media presence, he is quick to admit that he doesn’t actually follow any of his family members, including his famous housewife.

“I do not follow my family,” Harry said matter-of-factly while on Live with Kelly and Ryan on December 4. “I’ve been told that it would be very smart for me to just ignore what they do online.”

But when Harry was faced with the now-infamous clip of Lisa dancing on the table at Bravo executive Andy Cohen‘s baby shower for the first time, he appeared somewhat dumbfounded.

But all kidding aside, just because Harry doesn’t follow his wife on social media doesn’t mean his marriage is in bad shape. On the contrary, the reality star husband was quick to explain why his relationship with Lisa works so well.

“Well, I mean, on all seriousness, we really respect each other, we listen to each other, we’re great friends and we really like each other,” Harry said on the morning show. “Um, also, there’s a thing called sex, you know, that kind of plays into the whole thing, uh, I highly recommend it for, you know, married couples.”

As we’ve seen on the show, both Lisa and Harry live very independent lives while still working hard to raise their successful young daughters, Delilah Hamlin, 21, and Amelia Hamlin, 18, amid various challenges.

“Look, I’m here in New York now and I said to her when we got — when our kids were born, I said, I’m not gonna leave home for more than 10 days until our kids leave home, until our kids go,” Harry divulged. “Now they’re gone and here I am in New York for the first time in 21 years doing a play which is my favorite thing to do ever and I haven’t done one in 21 years.”