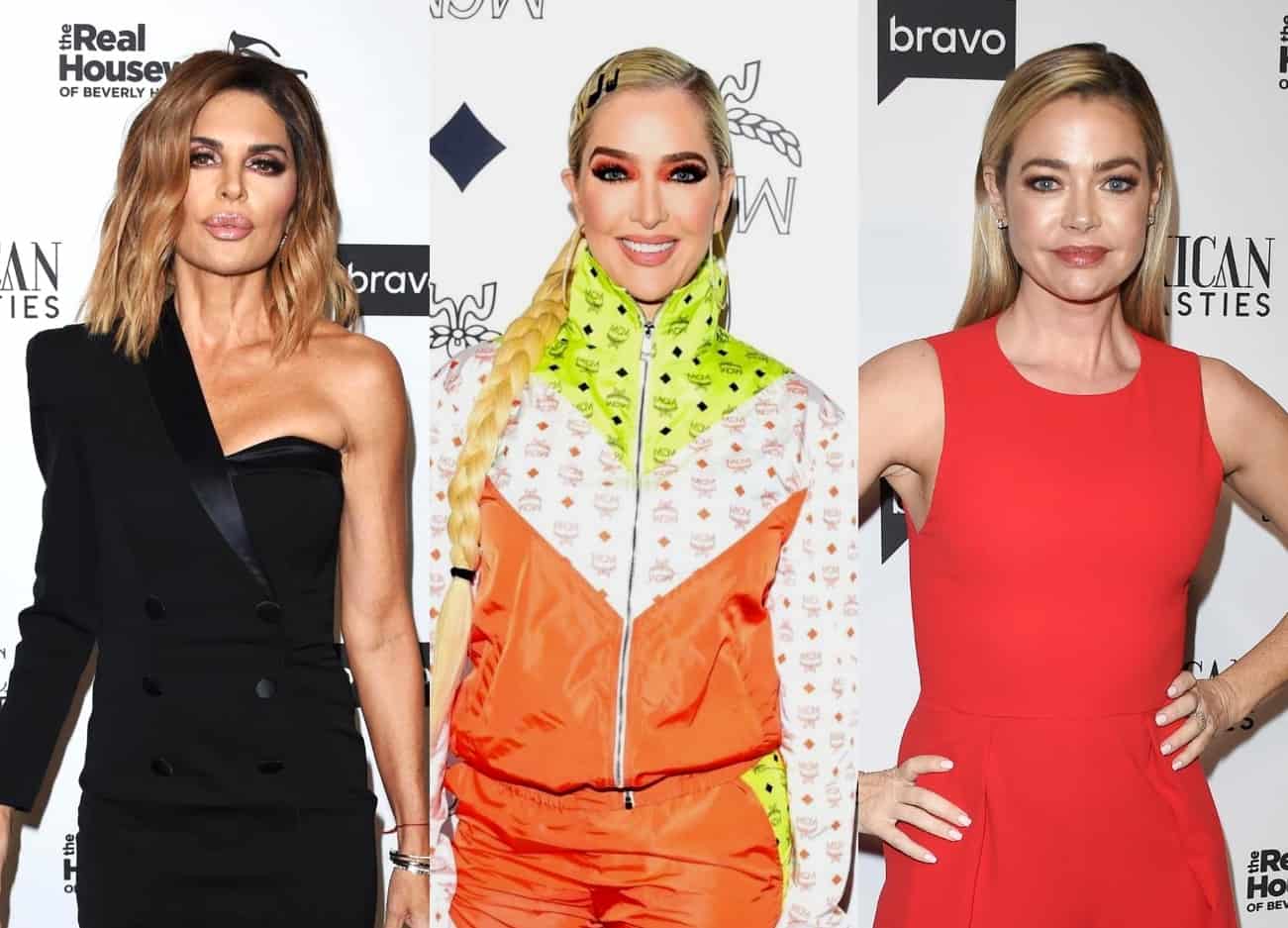 According to a new report, Denise was front and center during the filming session, as was the newest member of the series, Garcelle Beauvais, who was allegedly put in the “hot seat” by her castmates.

“Rinna came at Denise Richards the most [and] Erika [Jayne] also had a go at Denise,” a source told Us Weekly on August 5.

On recent episodes of RHOBH, the cast has been dealing with the fallout from Brandi Glanville‘s shocking claims against Denise. As viewers will recall, Brandi told Kyle Richards and Teddi Mellencamp that Denise not only slept with her behind her husband Aaron Phypers‘ back, but also made a number of mean statements about the other women.

In addition to denying Brandi’s claims on the show and through the press, Denise “held her ground” while filming the reunion and “maintained that there was absolutely no affair” with Brandi.

Meanwhile, the source continued, Garcelle, who has feuded with Kyle in the months since filming wrapped on the regular season, “also had time in the hot seat.”

Following the taping of the reunion last month, Lisa said on her Instagram Stories that the taping was “bullsh*t” and noted that “cease and desists work.” She then took aim at her friendship with Denise by suggesting the actress was a “phony” friend.

“You have to be true to yourself and if you find out your friend of 20 years is a phony? Run,” she wrote in another post.

After reportedly being targeted by her castmates at the reunion, Denise unfollowed several of them, including Lisa, Teddi, and Erika. Plus, her castmate Garcelle also unfollowed Lisa.

“I wouldn’t say it’s over. But we’re not going to have any sleepovers anytime soon,” Garcelle said of her relationship with Lisa while appearing on Us Weekly’s Hot Hollywood podcast on July 23.

Garcelle also confirmed that Denise was “hit hard” throughout the reunion taping.

“I felt like it was hard, time after time, after time. At some point, you have to believe someone’s truth or just go, ‘okay,’ and move on, but it wasn’t that way. I just felt like they were too harsh on her,” Garcelle explained.