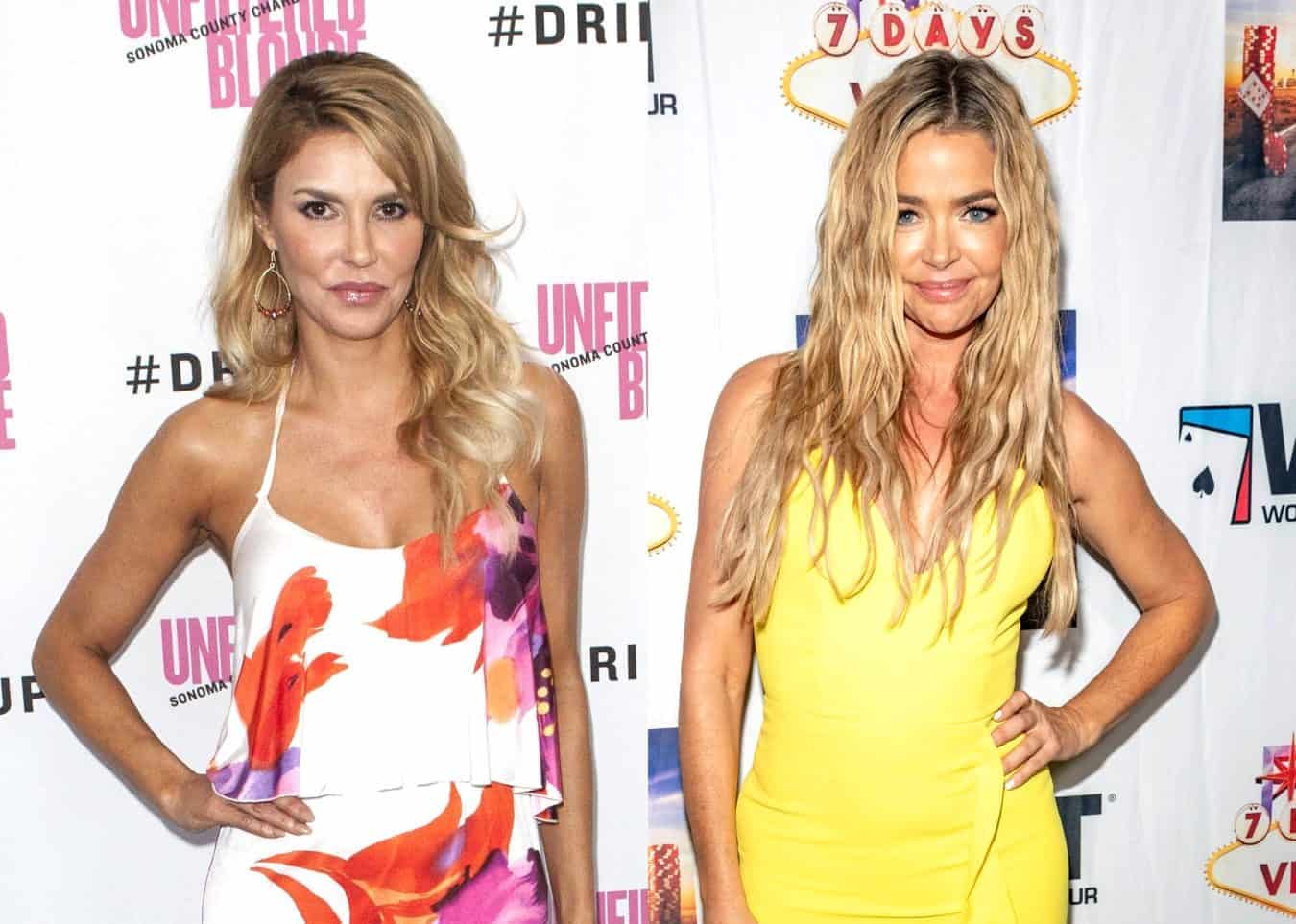 Brandi Glanville is opening up about her alleged hookups with Denise Richards.

As Denise continues to deny having a romantic relationship with her, the Real Housewives of Beverly Hills cast member is staying active on Twitter, where she recently revealed when the two of them supposedly hooked up before alleging Denise’s husband, Aaron Phypers, joined them in Malibu, explaining why she went public, and reacting to claims of a “staged” scene at Kyle Richards‘ home.

After a fan asked Brandi why she joked about wanting a “throuple” with Denise and Aaron at Kyle’s party before suggesting she was “tricked” into cheating with Denise days later, Brandi offered new details.

“Denise & I Hooked up the moment we met & immediately after filming last season together we were joined by her husband at Cafe habana in Malibu – stay tuned,” Brandi teased, seemingly suggesting that Aaron played a role in their alleged second hookup.

Following the tweet, Brandi was met with another person who accused her of being a reckless parent and implied she may have outed Denise as a result of her claims.

“Well revealing what went down between her and Denise shows she does not care about Denise’s girls or even her boys. Kids get teased so badly in schools she needs to take that into account,” the fan wrote.

“Are you f**king joking? My boys are VERY aware that I am bisexual & both of her teenagers are as well,” Brandi replied. “There is nothing wrong with owning your sexuality as a parent there is EVERYTHING wrong with shaming it! I don’t like this.”

A third person wanted to know why Brandi felt the need to go public with her alleged affair with her RHOBH co-star.

“I kept it to myself (only off camera friends) because I felt like she had something over my head,” Brandi explained. “The one thing Im not going to be called is a cheater… more to the story.” 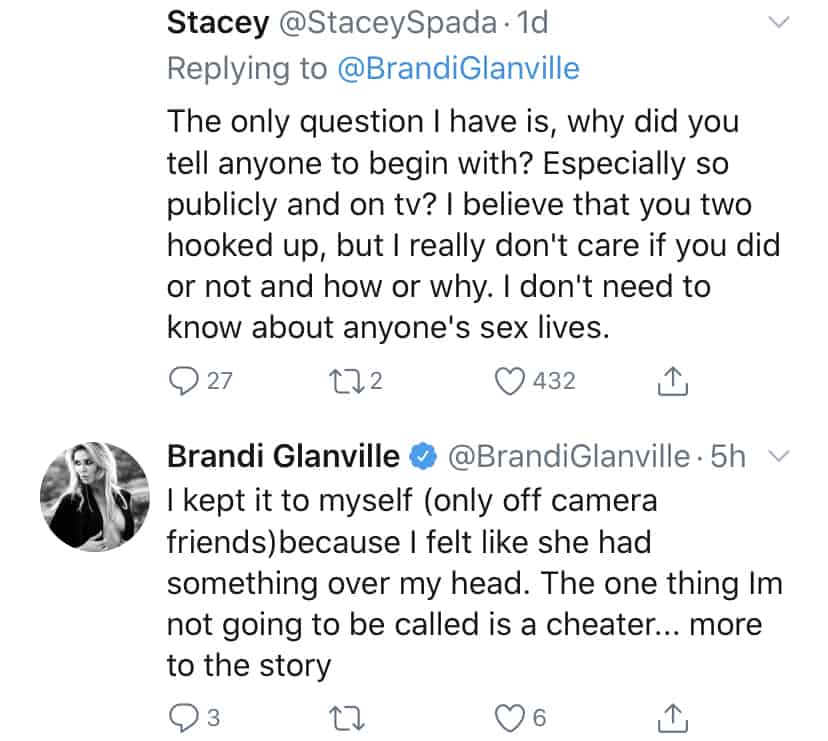 Also on Twitter, Brandi fired back at claims of staging her conversation with Kyle and Teddi Mellencamp at Kyle’s home, which included her comments about her supposed romance with Denise and Denise’s alleged mean statements about the other women.

“We all know these shows are not 100% reality. That scene at Kyle’s house was so damn staged. And people calling others haters because they’re posting their opinions. This is a show, they are not your friends. You have your villains and good guys like any other show. Calm now!!!” a fan had written.

“I got called in at the very end of this season. It was was not planned at all I shot 3 times I am fully honest!!!” Brandi insisted. 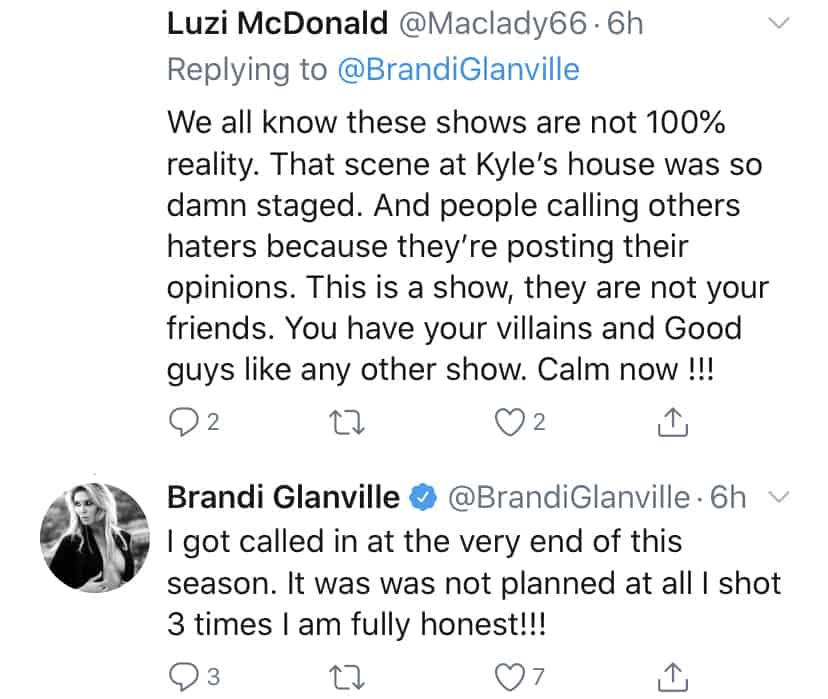