Home Real Housewives of Beverly Hills News Brandi Glanville Denies ‘Faking’ RHOBH Scene With Kyle and Teddi, Reveals the Last Time She Spoke to Denise and Explains Why She Dished About Denise to Costars

Brandi Glanville Denies ‘Faking’ RHOBH Scene With Kyle and Teddi, Reveals the Last Time She Spoke to Denise and Explains Why She Dished About Denise to Costars 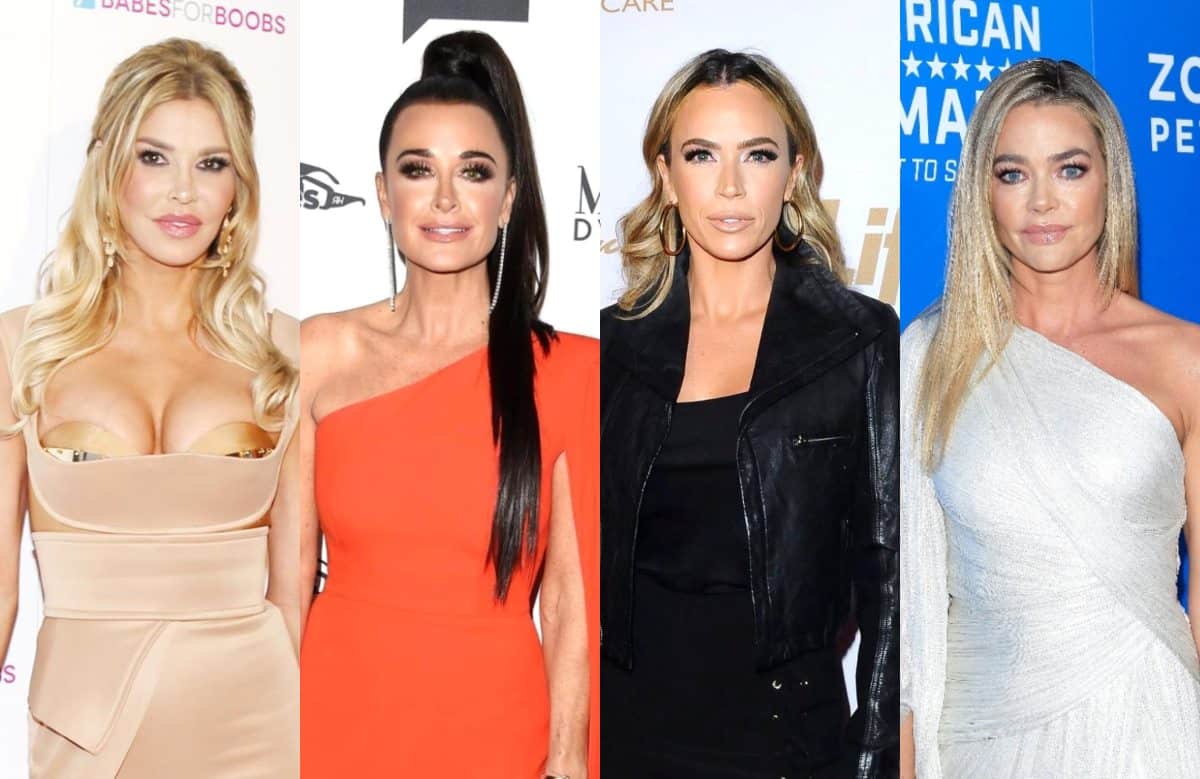 Brandi Glanville is not holding back when it comes to what she claims is the absolute truth of her alleged whirlwind affair with Denise Richards.

Not one to shy from dishing the dirty details, Brandi opened up in a new interview to answer a few questions about what’s been happening recently as The Real Housewives of Beverly Hills drama plays out on our screens.

First, Brandi is denying claims that she made up the affair rumors to get back on RHOBH, after some viewers suspected that the scene, during which she tells Kyle Richards and Teddi Mellencamp about the alleged hookup with Denise, was staged. Brandi is insisting that her revealing her truth of their relationship was not just for a storyline.

“If I was just doing it to make a splash, why would I not have done it last season? Then they would have brought be back full-time this season because they would have had a giant full f—king story line,” she told Us Weekly on July 23. “I didn’t say it last season because I was worried that I was a cheater after she’s like, ‘Oh Aaron’s going to kill me if he finds out.’  I thought, ‘What is she talking about?’ That is bullsh–t.’”

The reality star also shared why she decided to bring up the info to Kyle and Teddi, revealing she was nudged by Kim Richards to share her story with the women.

“I was still on the fence about telling the other women. And then it came up at Kyle’s when Kim brought it up,” Brandi said. “And then I didn’t really have a choice but to share. We were legitimately going to my birthday dinner. The producers didn’t even know. Kim was the only person that knew. Kim didn’t tell Kyle.”

The Drinking and Tweeting author also revealed that after the alleged April 2019 encounter, she last spoke to Denise around December 2019, although Denise was “too cool for school” and would insist she was “busy” when texting.

Brandi also didn’t see Denise after the alleged affair until Kyle’s November 2019 charity event — hence why she was probably so nervous.

“I hadn’t told any of the women. I shared with my off-camera friends but once you tell one person in this group news travels fast,” Brandi said. “Denise started hitting me up again once she found out I would be filming Housewives. I was annoyed. And then Denise started talking s—t about all the other women like we were best friends.”

Brandi also clarified why she made the “throuple” remark to Denise and husband Aaron Phypers at Kyle’s party, noting that the couple allegedly discussed “threes-mes and finding girls” with her before, so it wasn’t as random as it may have seemed.

All in all, Brandi noted that she “wasn’t really into” the alleged hook up with Denise and that the two “had a lot to drink.”

“She’s a beautiful girl and that’s all I want to say,” she stated, also noting that she didn’t have any regrets about sharing her experience with the women. “[U]ltimately, it was a big relief and this was weighing me down and stressing me out. I want it to be done, yes. I would love to have an honest conversation with her and then we can both put this behind us.”