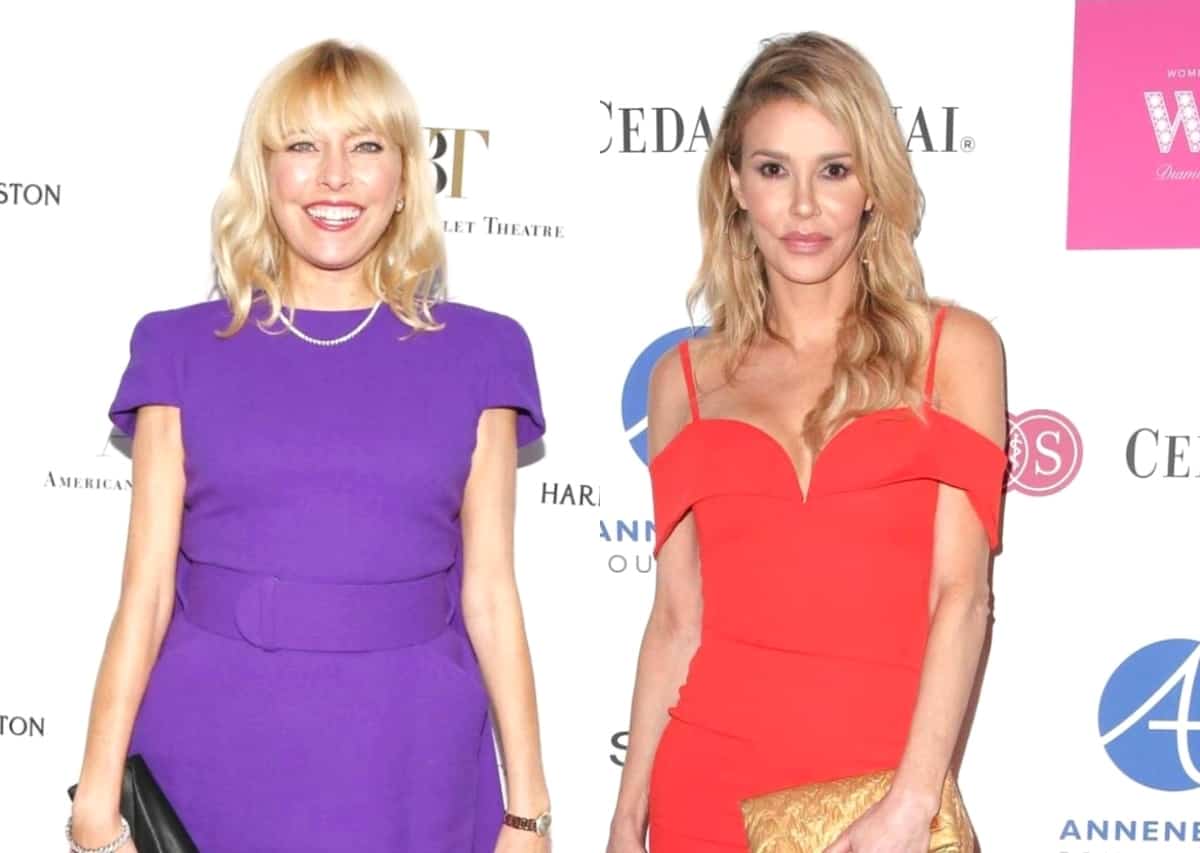 Any Real Housewives of Beverly Hills fan knows that Brandi Glanville can get, well, a little out of hand.

The Drinking and Tweeting author is known for her wild ways, and her return to the show for Kyle Richards‘ fundraiser party definitely got a little wild. From telling Denise Richards and husband Aaron Phypers she wanted to be in a “throuple” with them to drunkenly falling on the dance floor, Brandi was a little turned up, to say that least.

Now, the RHOBH women are commenting on her antics at the party, with newcomer Sutton Stracke detailing how she does love Brandi, but she also feels that she “needs a lot of attention.”

“I remember she tried to dance with me on the dance floor and I think she tried to take me down — and she’s very strong!” Sutton revealed on the RHOBH After Show segment. “I was like mm-mm, this is not gonna happen, not tonight Satan, nope! Stop dancing with me like that!”

Sutton further explained that she wasn’t “shocked” by Brandi’s behavior because she does know her and has experienced her M.O. at other parties and events.

“She’s come to my Christmas party before in a really naughty elf costume thing. There was a lotta boobs coming out and really high heels and a lotta legs,” she shared. “[She] was making out with some guy in my tent and she was maybe over-served that night as well. But, you know, I’m a drinker too, so it doesn’t bother me.”

Sutton explained that she thinks Brandi is “fun” but “also cringe,” noting how certain elements of the former RHOBH housewife can go a little too far.

“She gets so excited or needs a lot of attention … I don’t know what it is,” Sutton shared. “That’s how she is.”

“Listen, Brandi’s known to be a party girl, she admits that herself,” Kyle shared, defending Brandi’s behavior. “I think she took it extra far that night. She was so nervous about the cameras and this and that.”

Kyle continued, “I really think there was a lot more going on in her mind than I even realized so … she drank a lot that night, what can I say. I should not be laughing, but we can laugh about it now.”

“It happens to all of us!” Teddi Mellencamp defended Brandi, throwing back to her not-so-sober moments at last year’s trip to Provence, France.