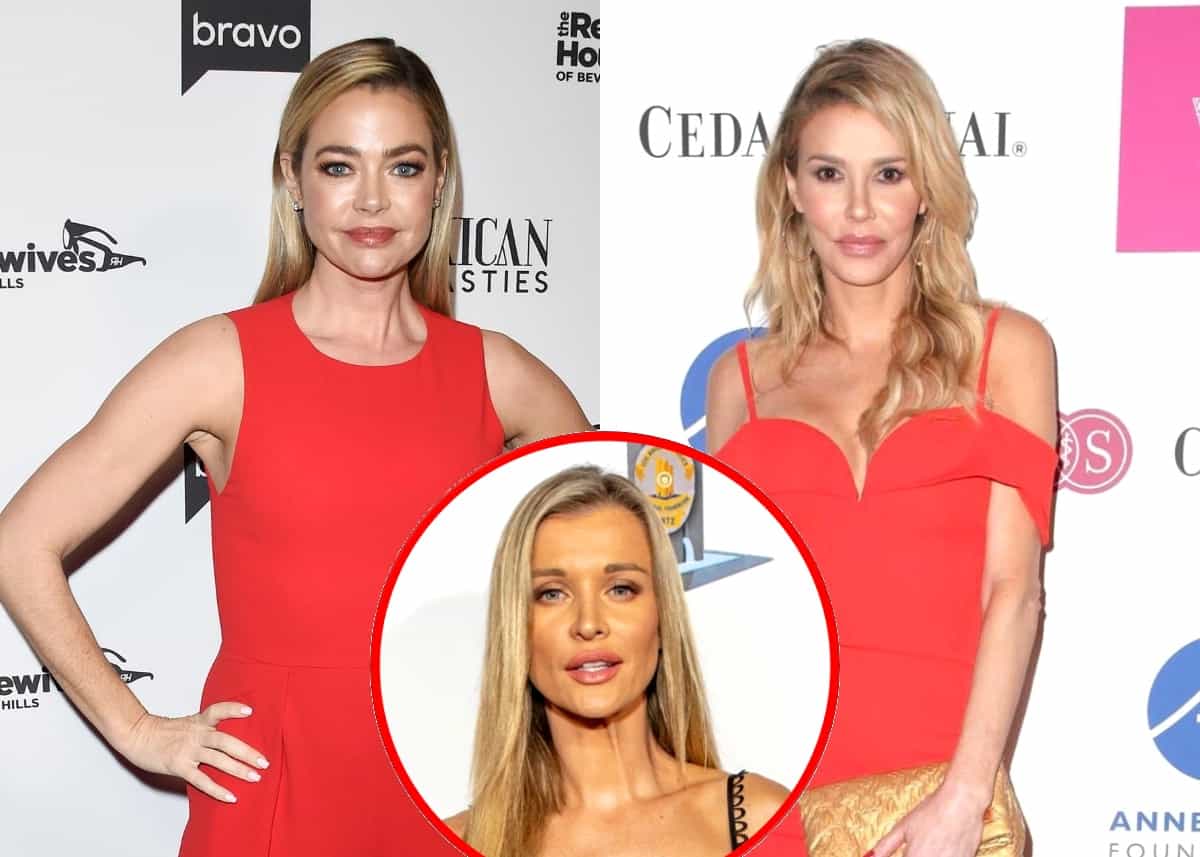 Denise Richards is speaking out after being accused of tricking her Real Housewives of Beverly Hills co-star, Brandi Glanville, into having an alleged affair.

After being met with criticism on Instagram from a person who seemed to think she had conned Brandi into hooking up with her, Denise denied any such thing before reacting to a fan’s comment about her season 10 finale absence as her friend, Joanna Krupa, formerly of the Real Housewives of Miami, weighed in on the hookup drama between them.

Denise then replied to a person who wanted to know why she didn’t attend the RHOBH finale taping at Dorit Kemsley‘s home by suggesting they’ll learn the answer to their question in the coming episodes of the show. 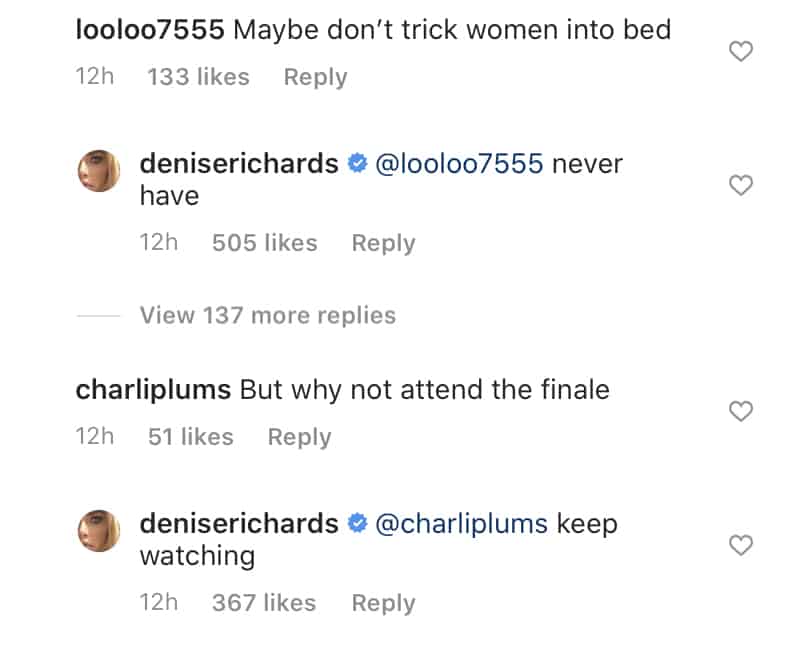 As fans of the Real Housewives franchise well know, Joanna has a long and messy history with Brandi.

In 2015, Joanna filed a defamation lawsuit against Brandi after Brandi seemingly defamed her on an episode of Watch What Happens Live by alleging she engaged in an affair with Mohamed Hadid during his marriage to now-ex-wife Yolanda Hadid, who Brandi previously starred alongside on RHOBH.

The two women eventually settled their case in 2017 with Brandi issuing a public apology to the model.

Back in May, after Denise and Joanna were spotted together in Los Angeles, Joanna confirmed to The Daily Dish that they had discussed the drama Denise was facing with Brandi but wouldn’t say whether or not Denise was planning to sue her co-star.

“I spoke to Denise and it’s a subject I can’t talk about because of certain situations. But, you know, I… her and I talk about different things and it’s unfortunate that she’s going through something. But yeah, that’s all I can say,” she shared.