Home Real Housewives of Miami News Andy Cohen Reveals the Real Reason the RHOM Was Cancelled, Is There Any Chance of the Show Returning?

Andy Cohen Reveals the Real Reason the RHOM Was Cancelled, Is There Any Chance of the Show Returning? 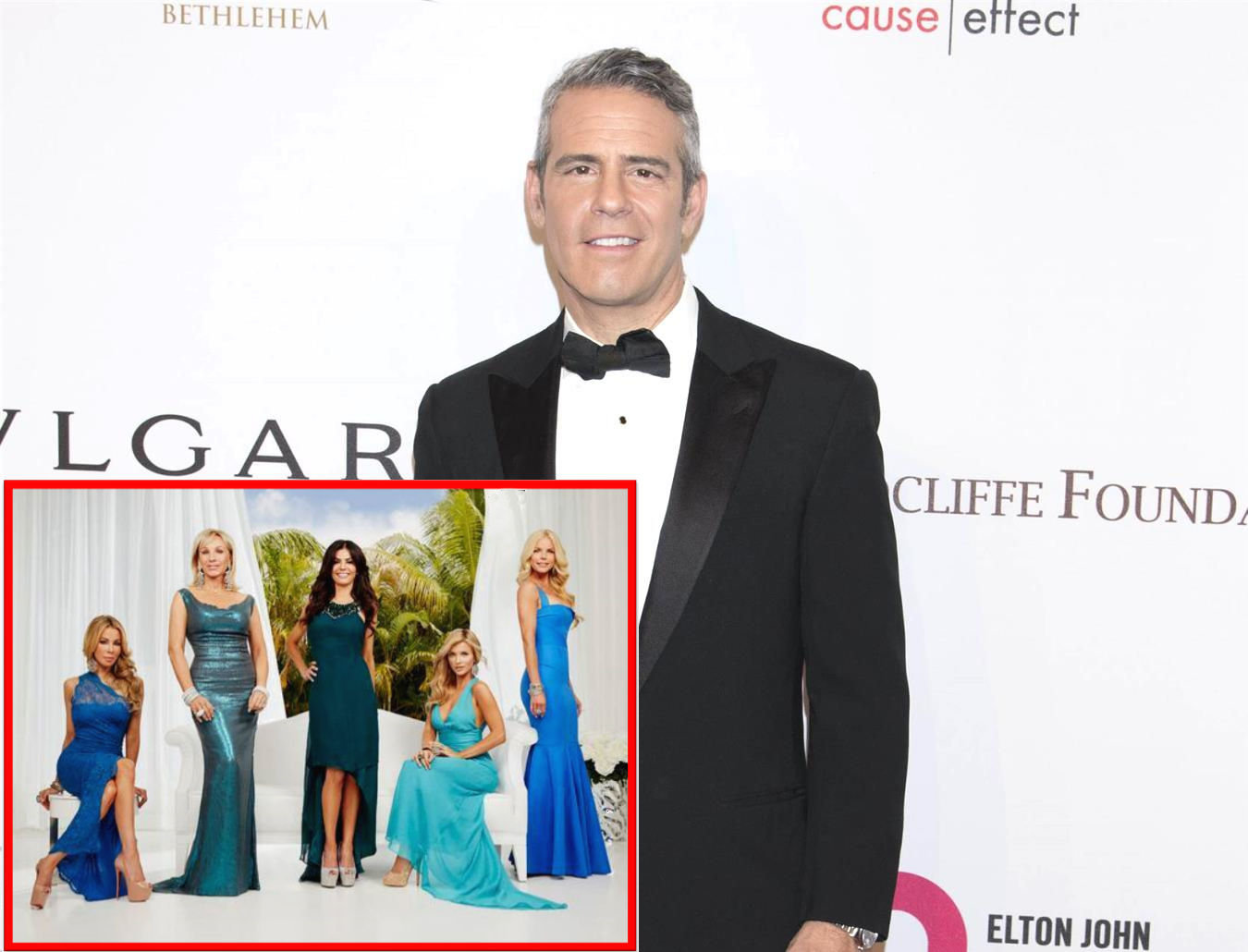 Andy Cohen explained why The Real Housewives of Miami was canceled on Friday as he tuned into a marathon of the series’ third season on Bravo.

As numerous fans online begged Andy to bring the show back for a fourth season, he explained why the show came to an end after its third season in November 2013 and admitted that the series took a “big hit” after the exit of Marysol Patton‘s late mother, Mama Elsa, who was a beloved guest star of the show.

“People ask me about Miami all the time and say will you ever bring it back?” he said on his Instagram Stories, according to the Real Housewives Franchise on Instagram.

“The reason that we let it go was, I remember the ratings went down toward the end of the season,” he recalled. “Which never happens. Like it went down for the reunion, and if it’s going down toward the end that’s just never a good sign. But anyway, I hear your love all the time and really appreciate the show and the women.”

Andy then added that the show was negatively impacted when Mama Elsa cut back from filming after getting sick following the show’s second season.

“And Mama Elsa got sick and dropped out so that was a big hit for the show, it was … it just ended,” he added. 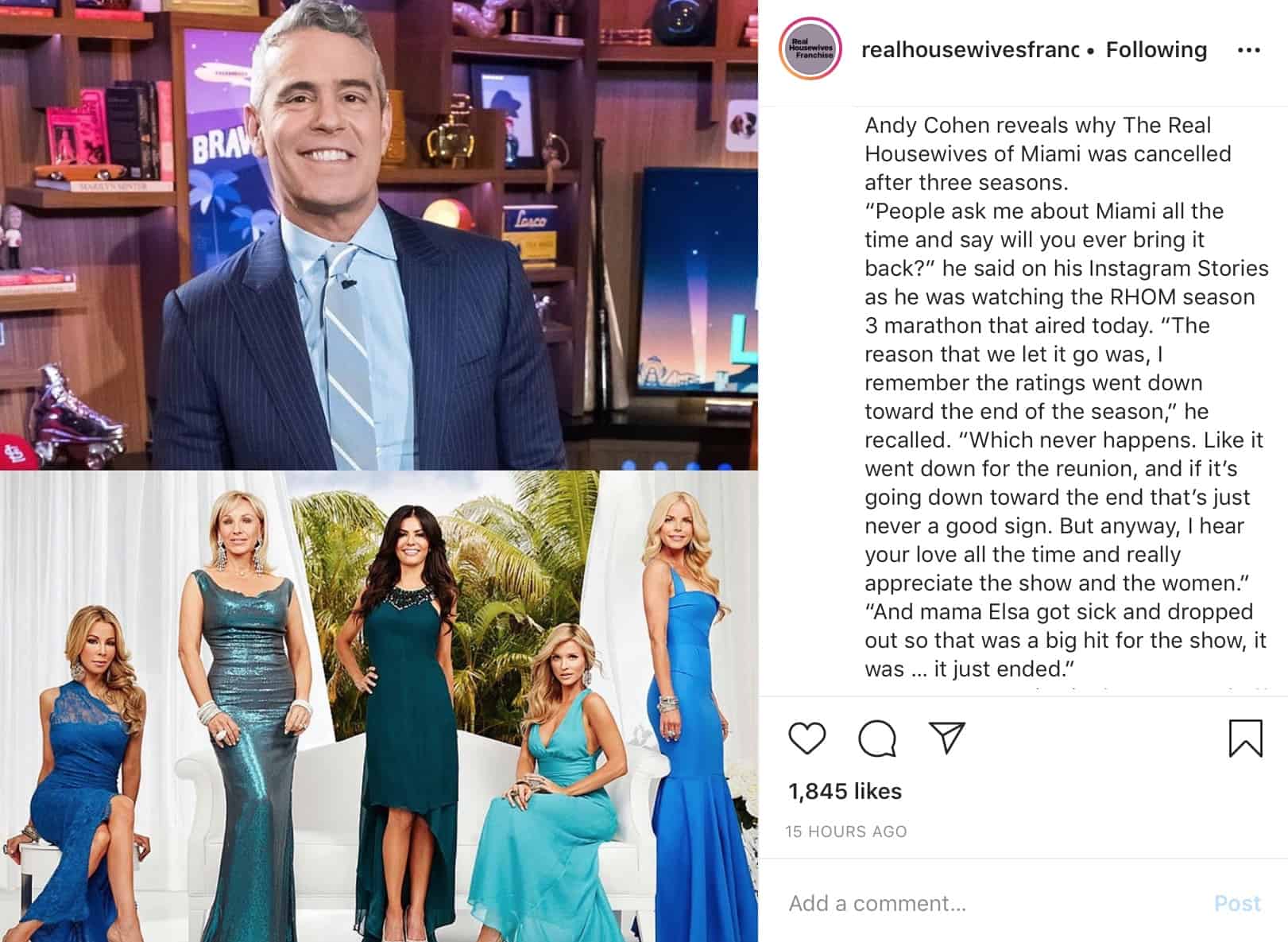 During RHOM‘s second season, Bravo released a web series titled Havana Elsa, which followed Mama Elsa as she launched her coffee line of the same name. Then, after the show’s final episode of season three in November 2013, RHOM came to an end.

In April of last year, during a Q&A session with his fans and followers, Andy addressed the possibility of RHOM being brought back to Bravo.

“Any potential of RHOMIAMI ever coming back?” a fan asked.

Years prior, TMZ reported that Bravo was attempting to find women for a second potential Real Houswives franchise based out of Florida. According to the report, ladies were being scouted in several different areas, including West Palm Beach, Fort Lauderdale, and Boca Raton.

Sadly, nothing seems to have come from the casting.