Home Real Housewives of Beverly Hills News RHOBH’s Denise Richards Claps Back at Teddi and Her Dad John Mellencamp After He Shaded Her by Calling Her “Dennis” and Said He ‘Never Heard of Her,’ Slams Teddi for “Stooping” Low and Spreading “Salacious Untrue Rumor” About Her Marriage

RHOBH’s Denise Richards Claps Back at Teddi and Her Dad John Mellencamp After He Shaded Her by Calling Her “Dennis” and Said He ‘Never Heard of Her,’ Slams Teddi for “Stooping” Low and Spreading “Salacious Untrue Rumor” About Her Marriage 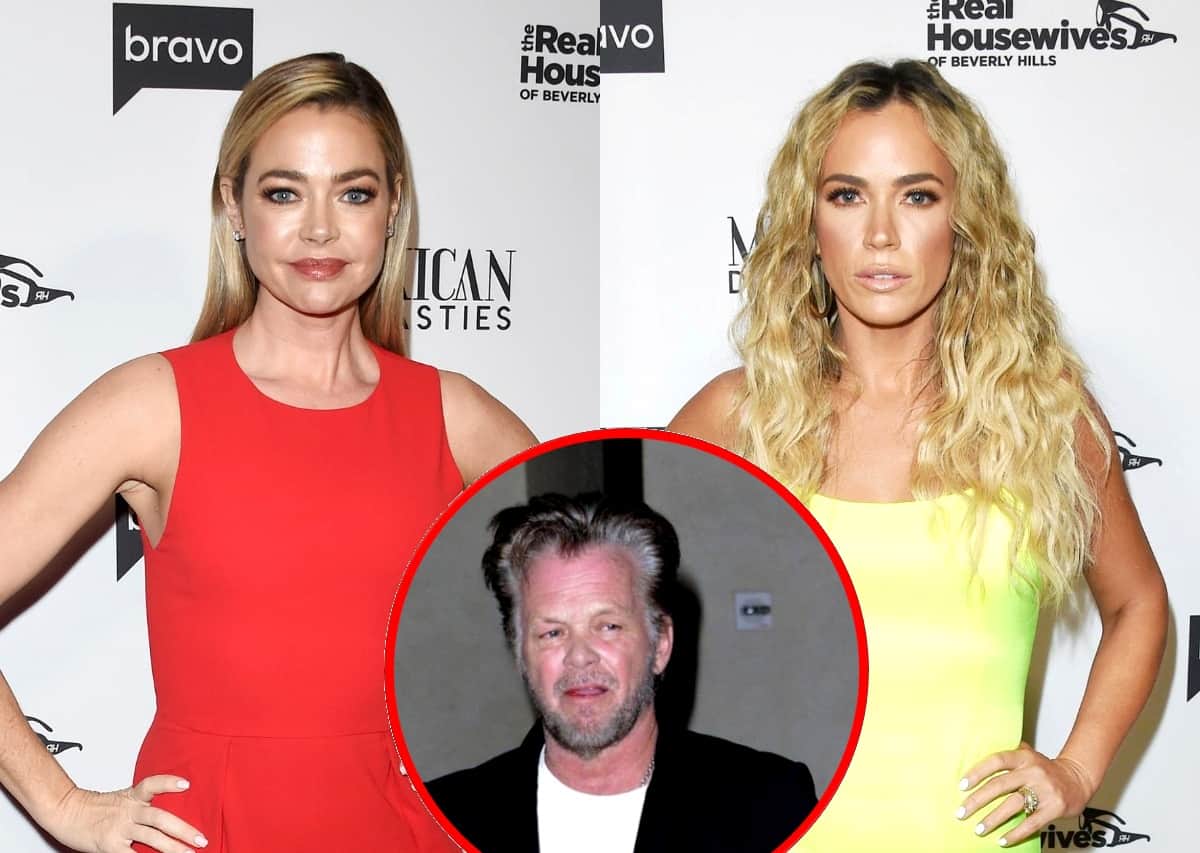 Denise Richards is clapping back at Teddi Mellencamp over the text message exchange she shared between herself and her father, John Mellencamp, in response to Denise’s supposed diss regarding Teddi living in the singer’s shadow.

After seeing that John had joked about her supposed statement, and that Teddi had posted the interaction on Twitter, Denise posted a statement on Instagram in which she took aim at Teddi for “stooping to that level” and spreading a “salacious” rumor about her marriage to husband Aaron Phypers.

“Grown a** woman stooping to that level…,” Denise began in her July 23 post. “Sorry… I never said you live in your dad’s shadow. Ever. I don’t care what you were told.”

During Wednesday’s episode of RHOBH, Denise was accused, by Brandi Glanville, of not only having an affair with her but also of talking poorly about their cast mates, including Teddi, who she supposedly said was living in the shadow of her famous father and desperate to be a part of the cast’s friend group.

Denise went on to take aim at Teddi for repeating the “untrue rumor” passed on by Brandi about their supposed romance.

“I was hurt you felt the need to share a salacious untrue rumor about my marriage, especially given you are the daughter of a famous father & know what the potential impact could’ve been with my kids & family. That is all I have ever said about your family,” Denise shared.

Denise also gave a nod to John’s suggestion that her name was actually “Dennis Richards.”

While Denise has denied having an open marriage with Aaron, who she married during the ninth season of RHOBH, Brandi said after the latest episode of the show that Aaron not only knew about their alleged affair but had also encouraged her to “find chicks for them.”