Home Real Housewives of Beverly Hills News Kyle Richards Claps Back at Garcelle For Calling RHOBH Cast “Mean” Over Not Inviting Her to Their Post-Reunion Get-Together, Discusses What “Went Down” at the Taping as Lisa Rinna Reacts With a Since-Deleted Post

Kyle Richards Claps Back at Garcelle For Calling RHOBH Cast “Mean” Over Not Inviting Her to Their Post-Reunion Get-Together, Discusses What “Went Down” at the Taping as Lisa Rinna Reacts With a Since-Deleted Post 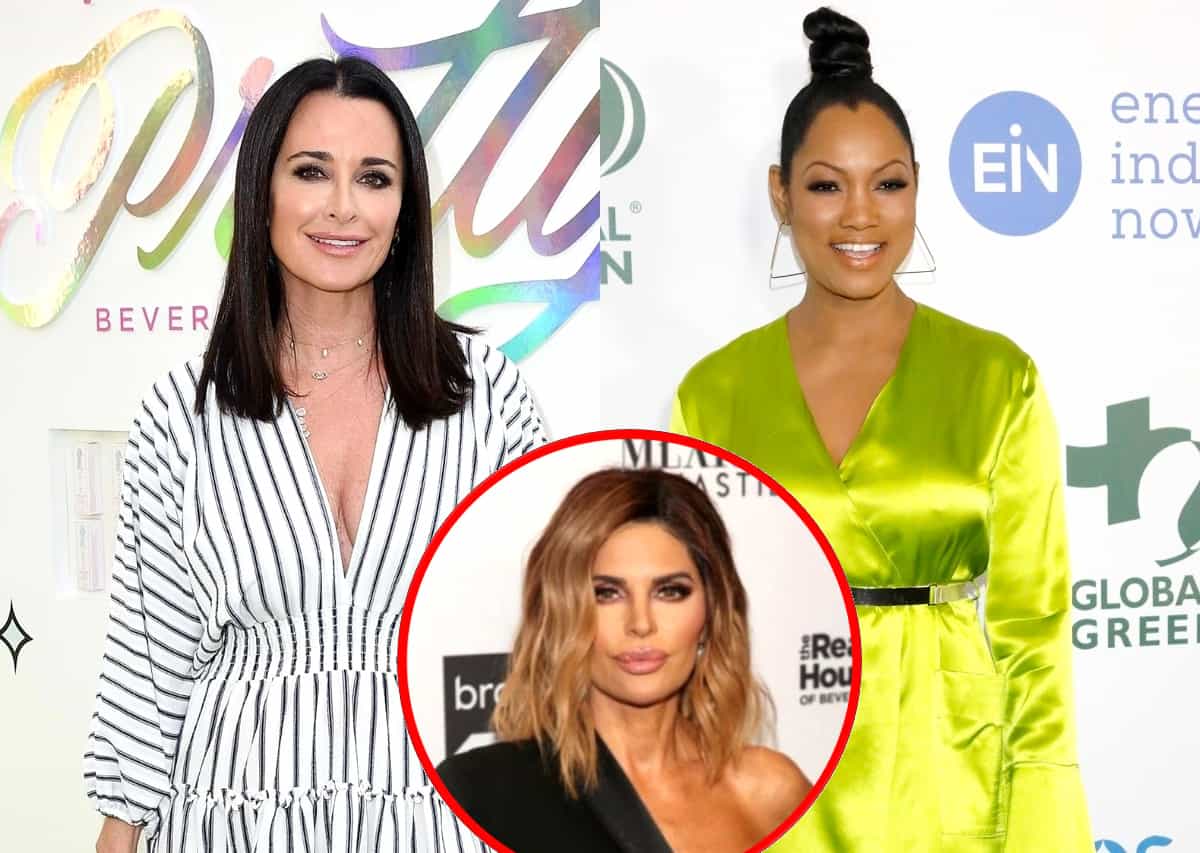 Kyle Richards and Lisa Rinna are fighting back against statements made by Garcelle Beauvais on Wednesday night’s Watch What Happens Live.

After seeing that Garcelle, along with Sutton Stracke, revealed she had been cruelly left out of the cast’s group post-Real Housewives of Beverly Hills reunion hangout, Kyle explained why she didn’t invite Garcelle into her home. She suggested that something that happened at the taping prevented her from doing so as Lisa also weighed in with a since-deleted post.

In a comment shared on WWHL‘s Instagram page, Kyle opened up about her decision to leave Garcelle out.

“A) In 10 years there has never been a Reunion where everyone gets together after. People split off into groups depending on who is talking still. B) Although I had been nothing but nice to Garcelle she has made it clear she doesn’t like me…so why would she want to be invited to my home? C) Does she really think everyone could have gotten together after what went down at the Reunion?” Kyle wrote.

During Garcelle’s appearance on WWHL, she joked that the ladies’ supposedly “impromptu” gathering wasn’t truly impromptu before Sutton said they were “hashtag not invited.” Garcelle also slammed the cast for being “kind of mean” before admitting she wouldn’t have gone to the get-together if she had been asked.

“I wouldn’t have gone. I was exhausted. But also, my ex had my kids for the day and I knew he was dropping them off. But it would have been nice to have been invited. I thought that was mean,” she shared.

In a post shared by Lisa, which was screen-grabbed by Queens of Bravo on Twitter before it was erased from her Instagram Stories, she said she wasn’t invited to a post-reunion event with her RHOBH castmates until five years after she joined the show.

“I didn’t get invited to a reunion after party until my 5th season. That’s 5 years. And the year after I got the bunny back I was in a fetal position on the floor of my bathroom. Good times,” Lisa said. 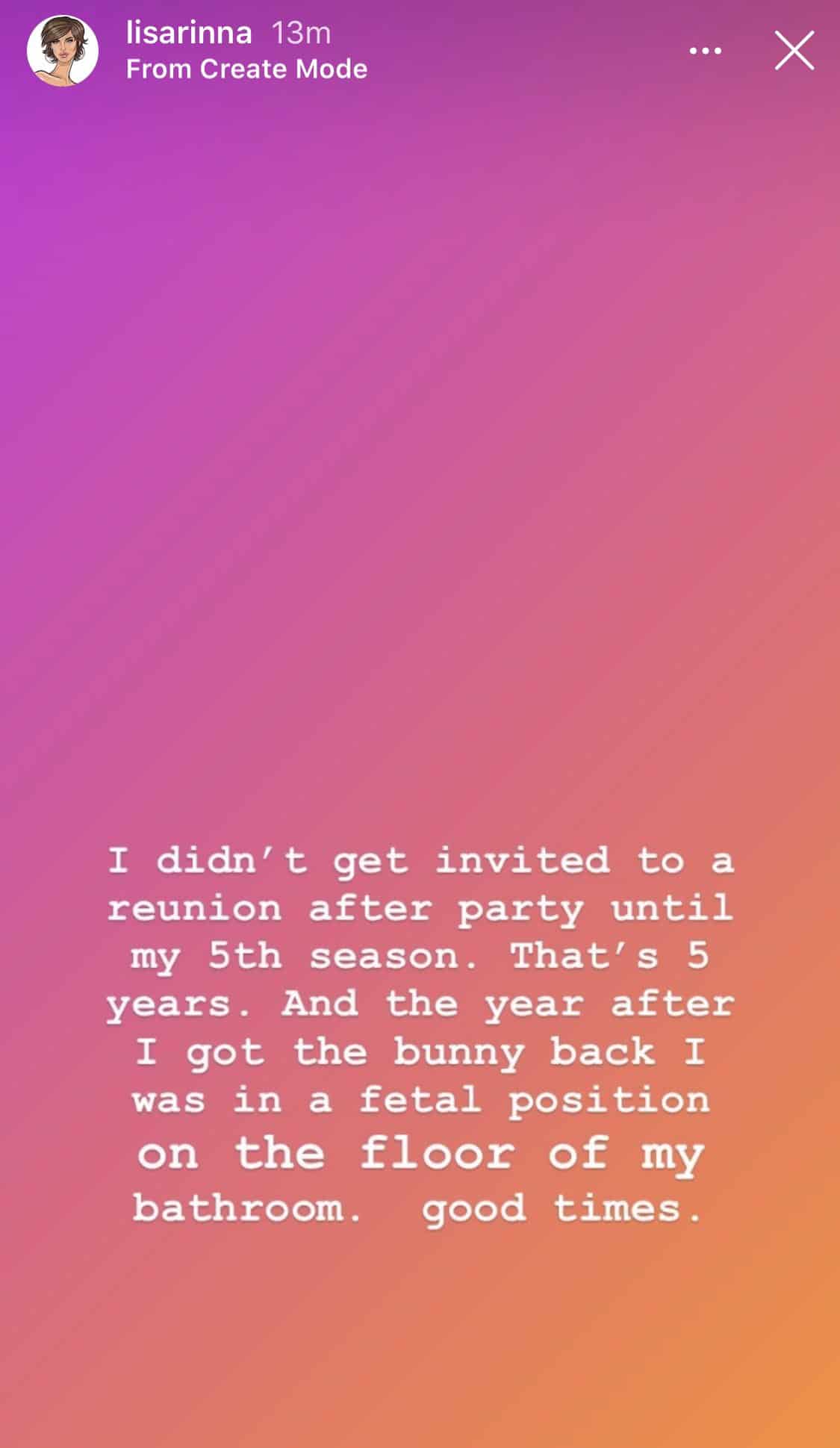 As fans may have heard, Garcelle unfollowed Lisa immediately after the reunion special was filmed.