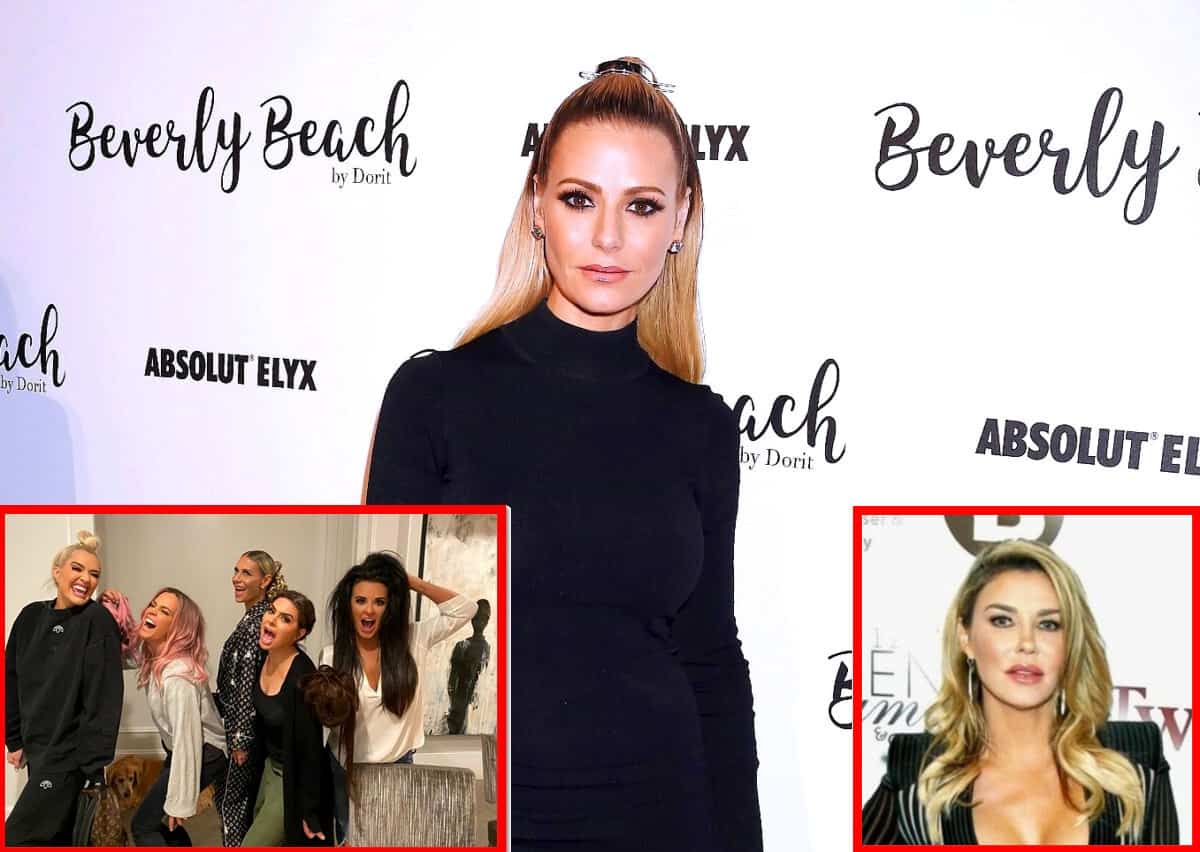 The Real Housewives of Beverly Hills star Dorit Kemsley recently opened up about the recent “Fox Force Five” photo that was shared of her and her co-stars on Instagram.

After revealing where the phrase originated for their group and who came up with the slogan, which was first used on Pulp Fiction, Dorit reacted to a post-reunion diss shared by Garcelle Beauvais, spoke of Brandi Glanville‘s claims of hookups with Denise Richards, and looked back on an awkward encounter she had with Brandi during season 10.

“We ended up in Provence last year, just the five of us because of the fires and [Lisa Vanderpump] wasn’t filming with us. So we went from eight to five and we had this entire trip just us,” Dorit explained on the Watch What Happens Live: After Show during a recent appearance. “So we would take a picture [and say], ‘Fox Force Five.'”

“I think it was [Erika Jayne] that dubbed it and it just stuck. So whenever we have a picture of the five of us, it’s the ‘Fox Force Five,'” she continued.

When the wigs & the gloves come off #rhobh

As for the recent post shared by Garcelle, which included a quote that read, “When people show you who they are, believe them,” Dorit said she believed the post was “directed at [someone] from the group.”

“Yeah, I do. You have to see the reunion and it will be clear,” she teased.

During the live show, Dorit admitted to feeling shocked by the idea that Brandi and Denise had allegedly engaged in a romance.

“It was already shocking when you hear it for the first time, via the girls, and then obviously to hear it out of Brandi’s mouth, it brought me right back,” Dorit shared. “It’s shocking information. At least hearing it from her gave me a chance to hear her voice because I really hadn’t heard it from her before I heard it from the girls. But it didn’t make it any less shocking, truthfully.”

Also during the live broadcast, Dorit looked back at her very first encounter with Brandi.

“She’d obviously had a little too much to drink and she walks over to me and she says, ‘Your t*ts are disgusting and you need to eat 15 cheeseburgers!'” Dorit recalled.