Home Real Housewives of Beverly Hills News RHOBH’s Kyle Richards Says She and Denise Richards Are in a “Good Place,” Reveals Her Biggest Regret of Season 10, and Shares Which Season Was Hardest to Film, Plus How She and Mauricio Cope With Split Rumors

RHOBH’s Kyle Richards Says She and Denise Richards Are in a “Good Place,” Reveals Her Biggest Regret of Season 10, and Shares Which Season Was Hardest to Film, Plus How She and Mauricio Cope With Split Rumors 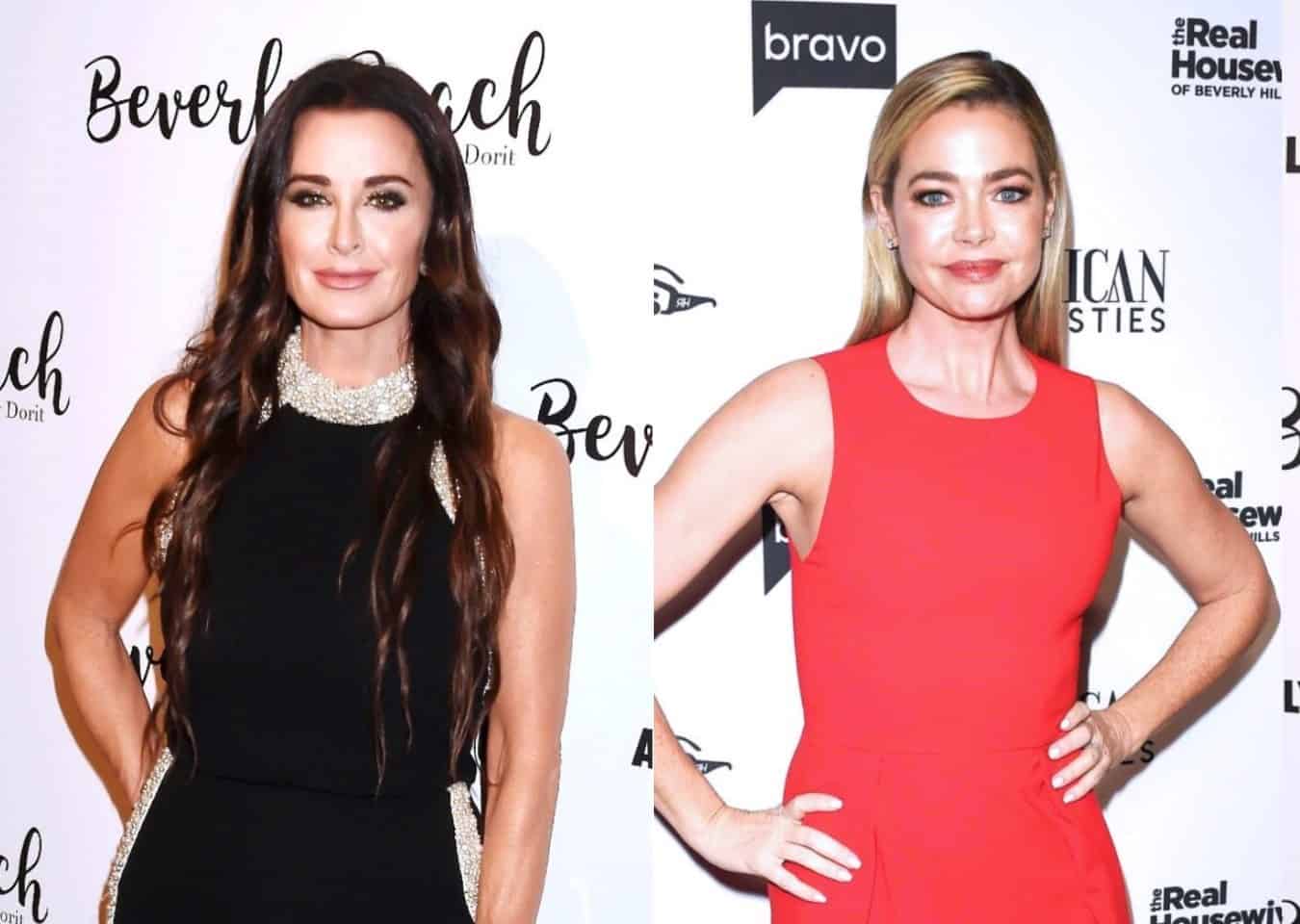 Kyle Richards and Denise Richards weren’t on good terms after filming the Real Housewives of Beverly Hills season 10 reunion over the summer, but after Denise quit the show in September, Kyle reached out to make amends.

During a series of new interviews, Kyle explained where she and Denise stand today before revealing her biggest regret of season 10, sharing which season was her least favorite to film, and addressing the way in which she and her husband Mauricio Umansky coped with the rumors claiming they were headed for divorce.

“I never like leaving things hanging and having, you know, loose ends like that. And I’ve texted with her since then and we’re good,” Kyle told Us Weekly on October 22 of her relationship with Denise. “We’re in a good place, but I would have loved to come back and work through all that, but you know, it didn’t end up that way but we can work it out off camera.”

While Kyle and Denise have made amends since their season 10 drama, Kyle still wishes she never would have called her ex-castmate a “ragamuffin.” In fact, she credited the moment as her biggest regret of season 10.

“I said it in a not nice tone, that’s what I regret,” Kyle explained. “But the word, honestly, my mom used to always, you know, call me a little ragamuffin. … It wasn’t like a horrible word, you know what I mean? It was just that night that I was, like, having a meltdown and I just didn’t like the tone. It didn’t feel like myself.”

According to Kyle, the 10th season of RHOBH was the hardest to film, mainly due to the fact that she was exhausted from filming her Halloween reboot and launching her clothing line, Kyle + Shahida.

“I mean, we had our highest ratings. Our ratings were off the charts, but it was really one of my least favorite seasons, to be honest, just for me personally. When there’s crazy stuff going on, [the audience loves it], but it creates a lot of anxiety for me,” she admitted, adding that she didn’t balance her life very well during production.

“I felt exhausted. I looked exhausted, and I hated everything that was going on with the drama with women,” she said. “It was just too much. So, I’m happy to, like, start fresh.”

Following the airing of RHOBH season 10, Kyle faced some off-camera drama as she was tied to a rumor claiming she recently split from Mauricio and was enjoying an “extended ‘hot girl summer.’”

“It used to get me so upset when lies were out there about me,” Kyle explained to Us Weekly in a second report. “I’m gonna get myself so worked up and so emotional. And now, I really just like — oh, my God. I can’t believe it. But this [new] one threw us for a loop. This last one, because we didn’t know [about it], I don’t have a Google alert or anything either.”

According to Kyle, she first learned about the rumor during a trip to Aspen with her family.

“We posted a picture in Aspen together and somebody wrote in the comments, ‘I’m so glad to see all the rumors aren’t true.’ And [Mauricio] looked at me and he said, ‘What are they talking [about in] this comment?’ And I was like, ‘I don’t know. Let’s Google.’ We were like, ‘What?’ And then, like, a week later, people were texting me [and saying], ‘I hope everything’s OK.’ I was like, ‘Oh, my God,’” Kyle recalled.

Kyle and Mauricio have been married since 1996 and share three daughters, including Alexia, 24, Sophia, 20, and Portia, 12.

Kyle is also mom to Farrah Aldjufrie, 31, who she shares with her first husband, Guraish Aldjufrie.