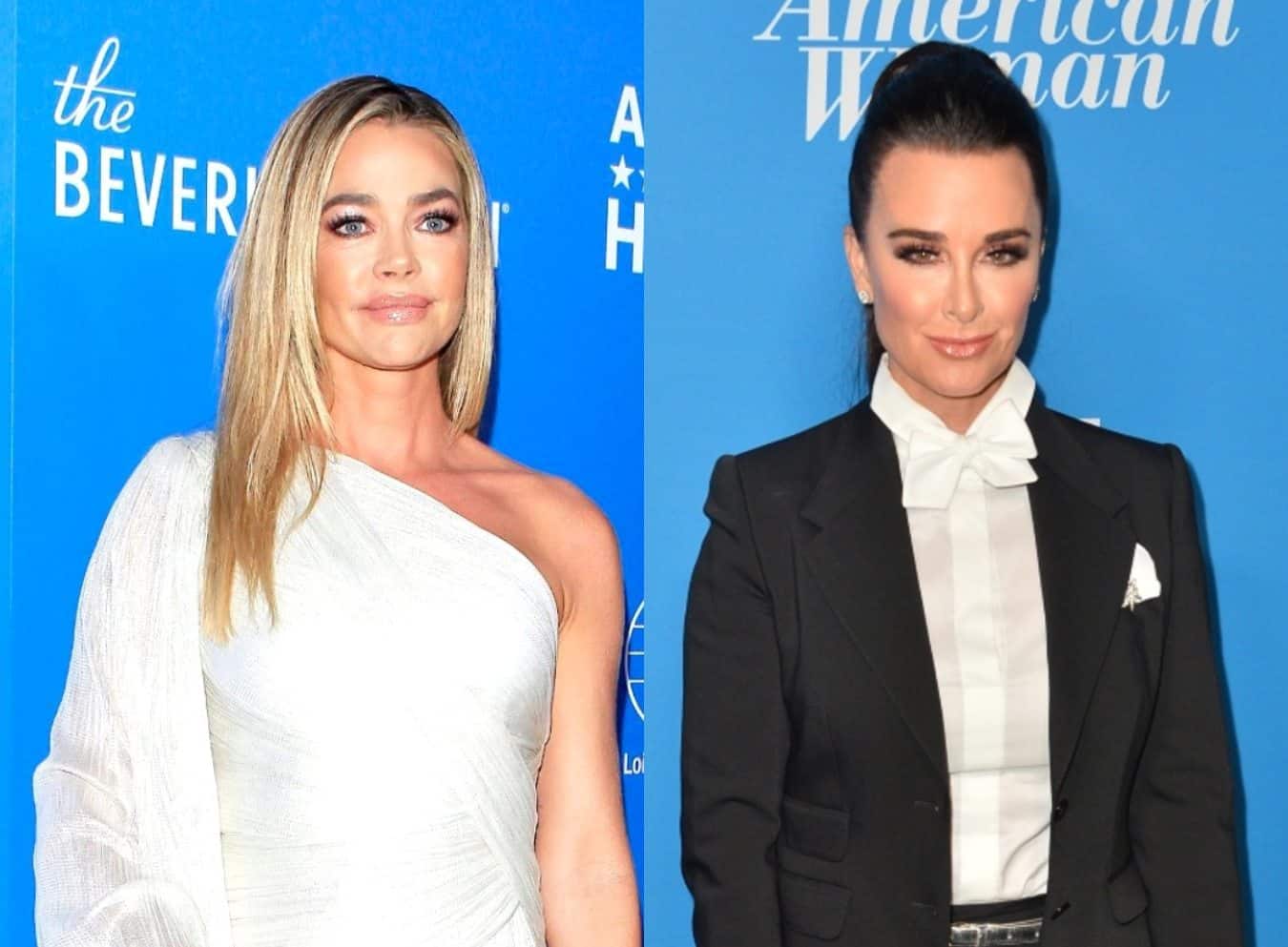 Denise Richards appears to be reigniting her “ragamuffin” drama with Kyle Richards.

Weeks after Kyle slammed Denise as a “ragamuffin” as she attempted to defend her issues with Dorit Kemsley‘s late arrival to Teddi Mellencamp‘s accountability event, which came due to Dorit’s need for glam, Denise offered a response to a fan who suggested that Kyle was the real “ragamuffin” as they shared side-by-side throwback photos of the two Real Housewives of Beverly Hills cast members.

“Who’s calling who a ‘ragamuffin’?” the parody account, which is dedicated to the ex-husband of Vicki Gunvalson, Donn Gunvalson, asked. 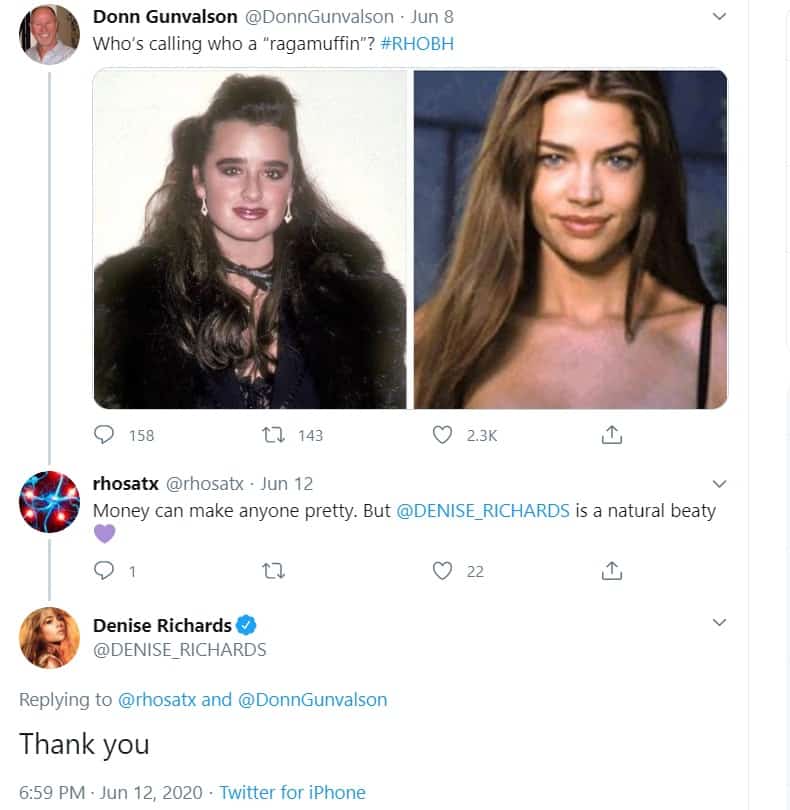 As RHOBH fans will recall, Kyle slammed Denise as a “ragamuffin” on the show earlier this season before offering a public apology to her on Instagram after seeing that Denise had clapped back at the comment by sharing a number of covers of magazines she’s been featured on.

“Denise, you are absolutely beautiful. There is no doubt about that,” Kyle wrote. “I was exhausted , emotional & felt everyone was coming at me. I got upset because I thought you of all people would get what I was saying. You yourself say you don’t get the glam thing and just wear a messy top knot. So I didn’t get the sudden change. With that said, I still regret that comment and was not the best version of myself that night. My apologies.”

“My Mom used to call me that when I looked messy,” Kyle explained to a fan in May. “She would say don’t run around like a ragamuffin. Doesn’t make it right that I said that. Not nice. Denise is beautiful no doubt.”

As for Denise, she admitted to being amused by the comment during an interview with Extra TV.

“I saw it [while] watching the show that she had said that and … I actually laughed. I thought it was really funny,” she confessed.