by Lindsay Cronin May 8, 2020 202 comments
ShareTweetWhatsappPinterestRedditTumblrMailFlipboard 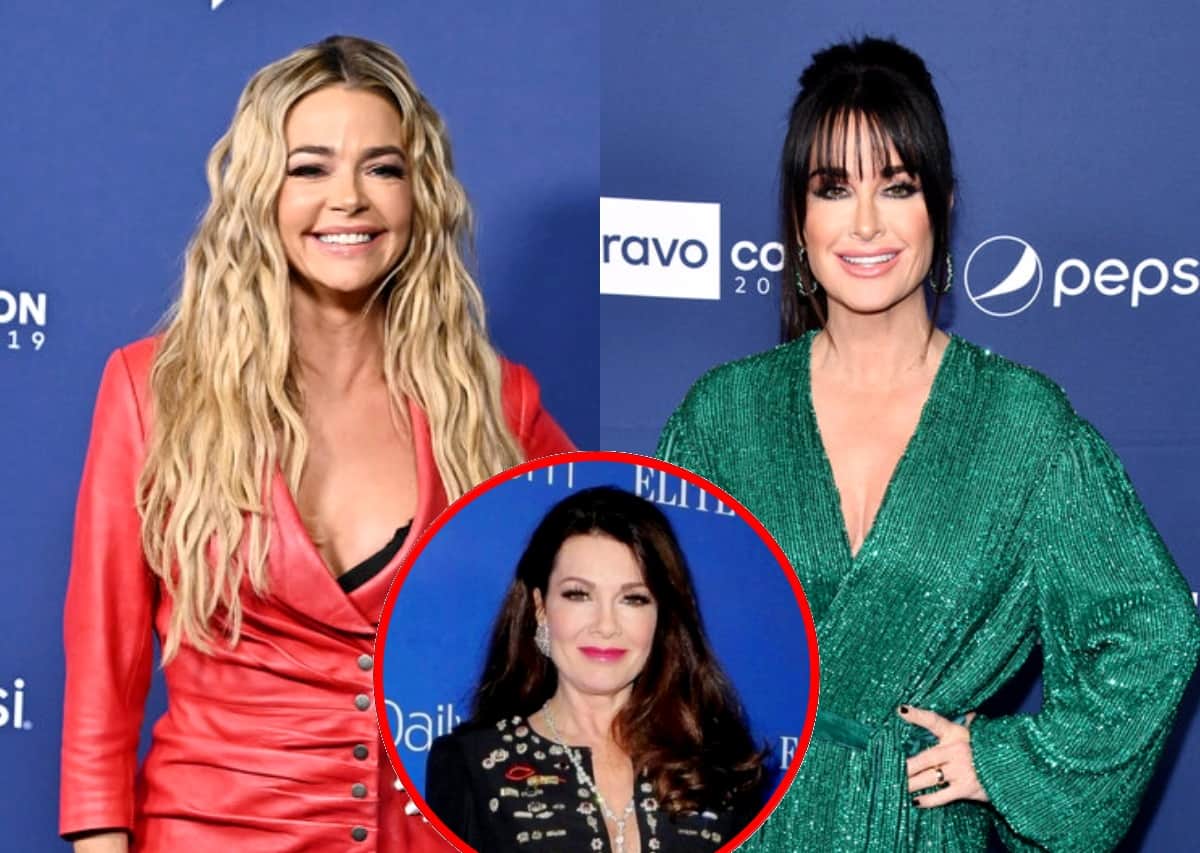 Kyle Richards regrets slamming Denise Richards as a “ragamuffin” during a dinner party at Denise’s home on Tuesday’s episode of The Real Housewives of Beverly Hills and has offered an apology to her on Instagram.

Denise first took to her Instagram page to respond to Kyle by sharing a number of glamorous past magazine covers with the caption: “Going down memory lane with this #ragamuffin Just a few covers to share for #tbt”

Kyle reacted to Denise’s post with a public apology to her RHOBH co-star. Kyle applauded Denise for her beauty and admitted she wasn’t the “best version” of herself during the meal.

“Denise, you are absolutely beautiful. There is no doubt about that,” Kyle wrote. “I was exhausted , emotional & felt everyone was coming at me. I got upset because I thought you of all people would get what I was saying.”

Kyle went on to say that because Denise doesn’t “get the glam thing,” and has admitted so herself, she believed Denise would understand her comment and her frustration with Dorit Kemsley, who had arrived late to Teddi Mellencamp‘s All In event during an earlier scene of the episode.

“You yourself say you don’t get the glam thing and just wear a messy top knot. So I didn’t get the sudden change,” Kyle explained. “With that said, I still regret that comment and was not the best version of myself that night. My apologies.” 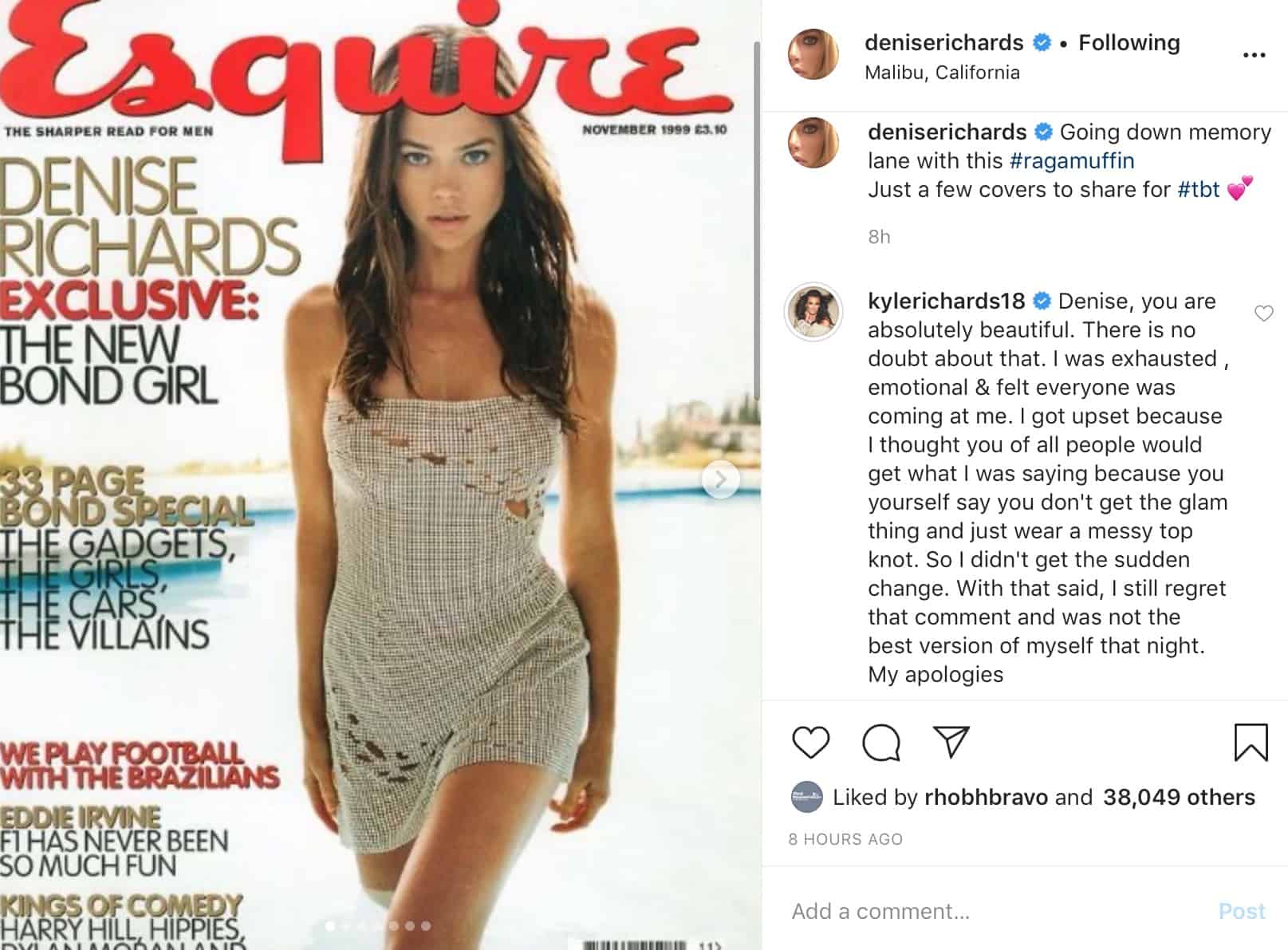 Kyle also took to Twitter to explain her comment. She added that the margaritas she was drinking didn’t mix well with the exhaustion and emotions she was feeling at the time.

“My Mom used to call me that when I looked messy,” Kyle explained to a fan on May 6. “She would say don’t run around like a ragamuffin. Doesn’t make it right that I said that. Not nice. Denise is beautiful no doubt.” 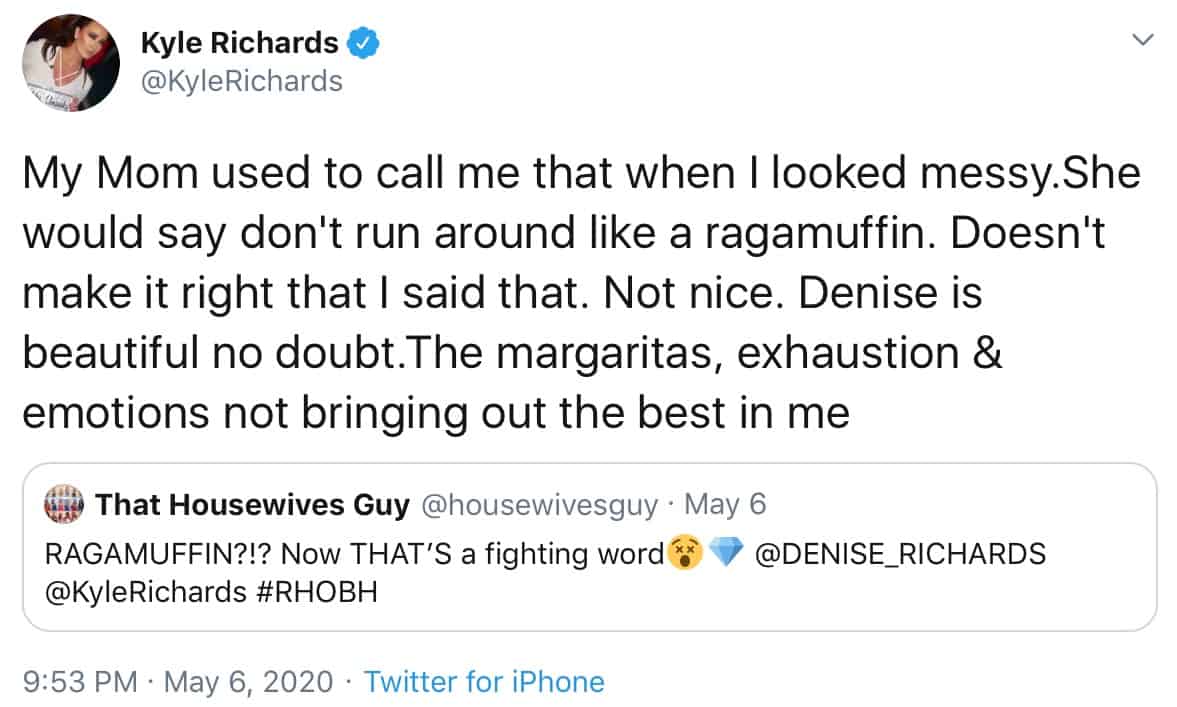 In a second tweet, Kyle admitted to feeling like everyone was against her. She was quickly met with a fan who mentioned that she and Lisa Vanderpump, who was accused of leaking a story about Dorit abandoning her dog during RHOBH season nine, have the feeling of being ganged up on in common.

“It felt like everyone was against me and I was too tired and emotional to deal with any of this,” Kyle tweeted.

“That so funny, now you and Lisa Vanderpump have this in common,” the fan replied.

In response, Kyle told the fan, “It happens.” 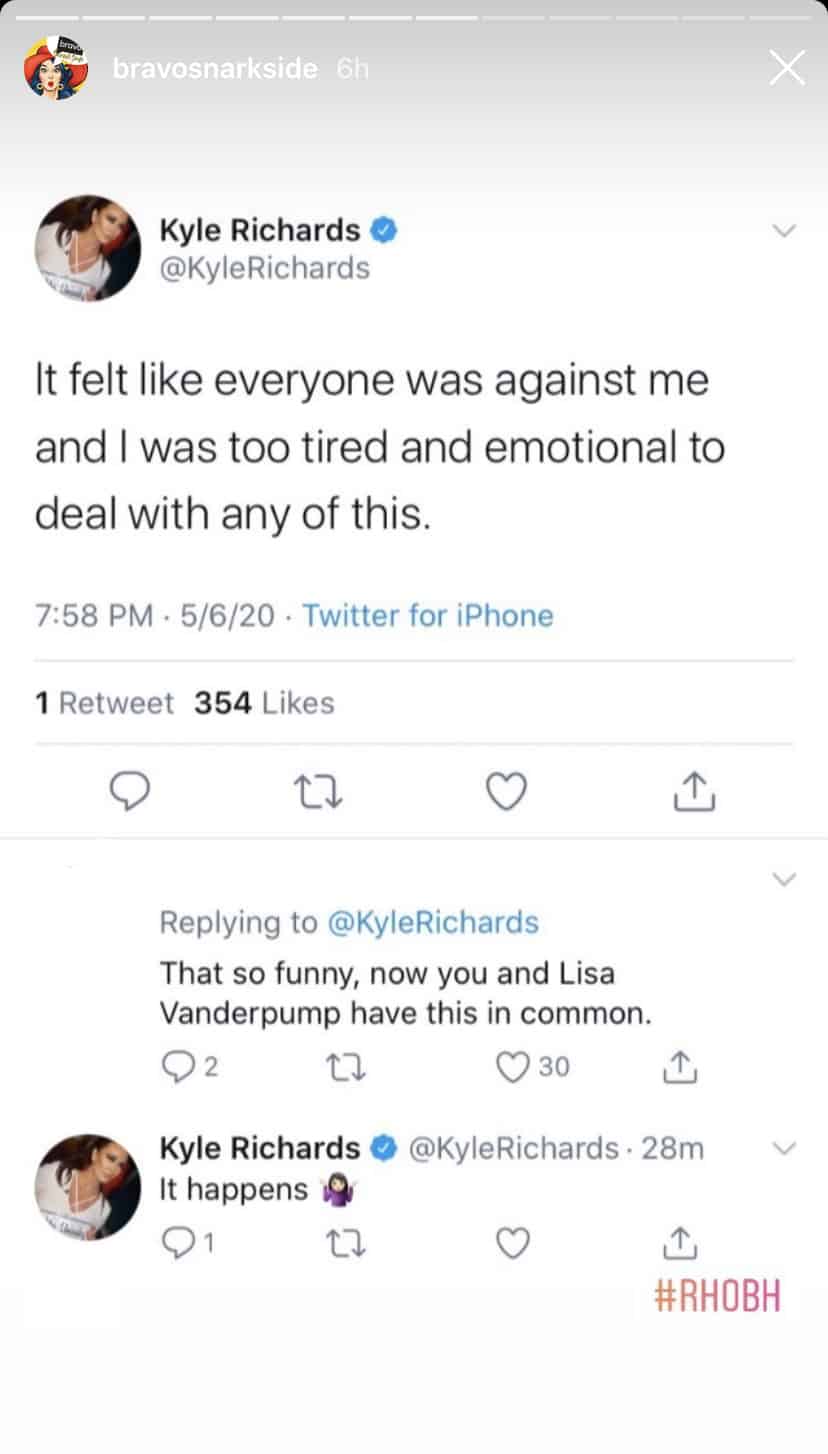