by Lindsay Cronin May 7, 2020 44 comments
ShareTweetWhatsappPinterestRedditTumblrMailFlipboard 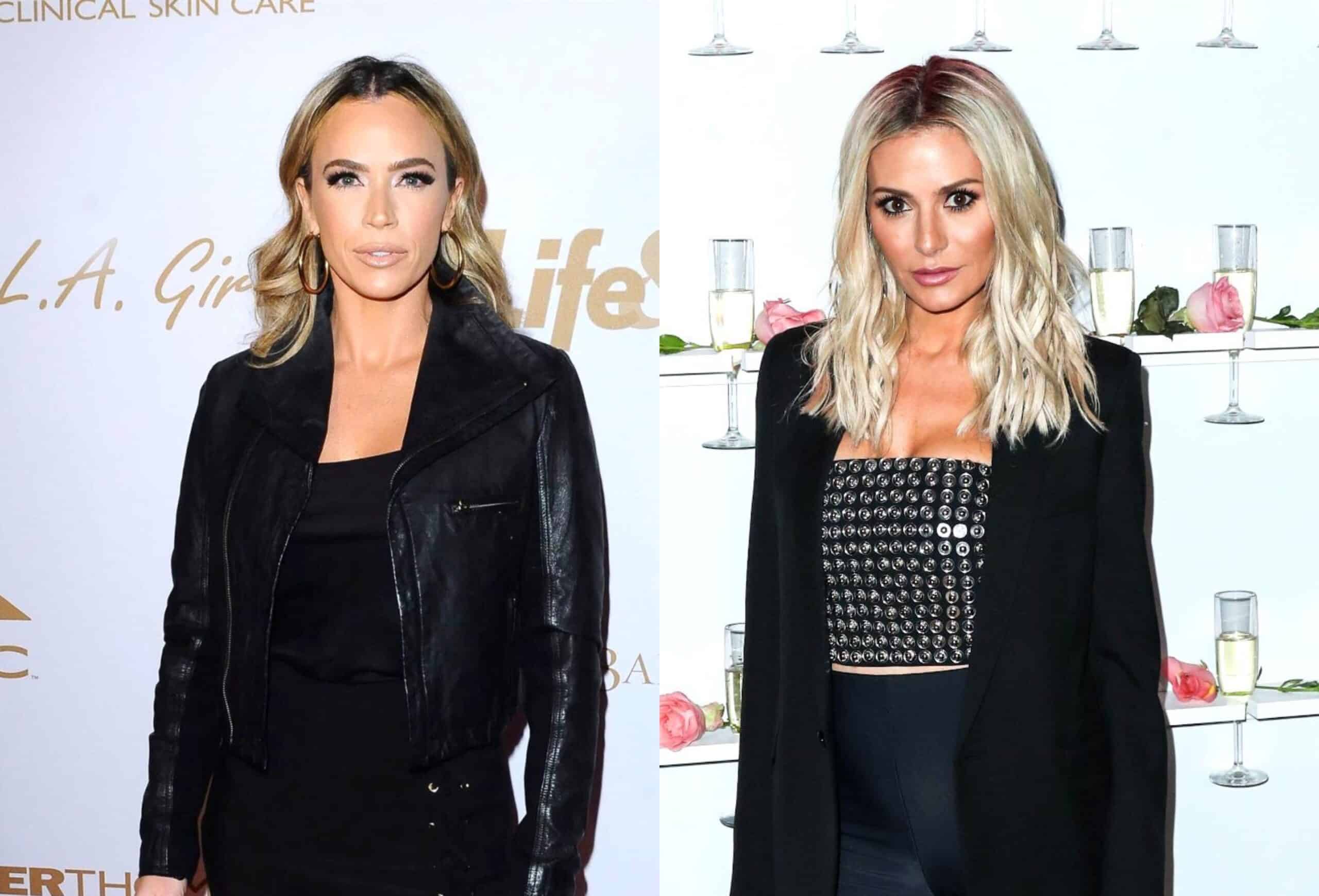 Teddi Mellencamp took aim at Dorit Kemsley last night on Twitter as the latest episode of The Real Housewives of Beverly Hills aired on Bravo.

After Dorit was seen arriving late to Teddi’s All In event after getting all glammed up for the wellness retreat, Teddi took to social media to blast Dorit for comments made about the accents of her husband Edwin Arroyave, and Kyle Richards‘ husband, Mauricio Umansky. Then, Teddi questioned Dorit’s intentions for attending her event as Dorit defended herself in a series of tweets of her own.

“I don’t think Dorit is the person who should be making any comments about other peoples’ ‘accents,'” Teddi tweeted.

During the show, Dorit oddly suggested that Teddi and Kyle had bonded over their husband’s accents. Meanwhile, Dorit’s own accent was pulled into question, which isn’t anything new for the Connecticut-born cast member.

At another moment from the series, several of the RHOBH ladies were seen making disparaging remarks about Teddi’s event, including Erika Jayne, who suggested the group didn’t actually want to be there.

“‘Why don’t we just admit that nobody wants to be here?’ There it is. The exact reason I was saying only come if you WANT TO,” Teddi explained in response to Erika’s statement. “I’d much rather that than have to see this behind my back.”

Teddi also made a mention of a comment Dorit made on the show.

“‘I came to be with Teddi’ she says as she eats French fries in her suite rather than actually be with Teddi,” Teddi shared.

But according to Dorit, she believes her behavior was that of a supportive friend.

“I wasn’t alone in that suite or the one who ordered the fries,” Dorit replied. “I was however at your retreat for 9 hours with 4 hours of driving. I think that shows the desire to support a friend.” 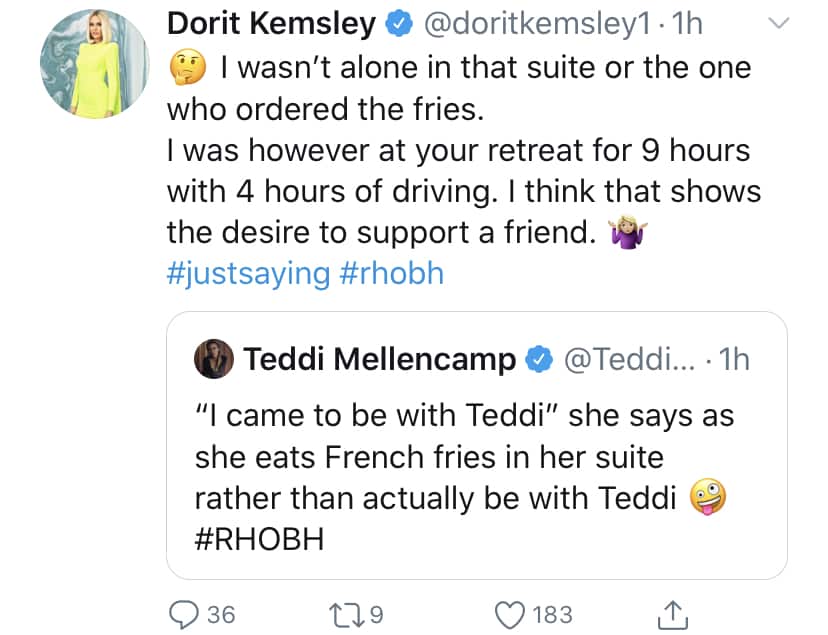 “I didn’t want to go all day without seeing my kids or sit in an extra hour of traffic,” Dorit explained. “I was there for 9 hours + 4 hours of driving. What I choose to do in my personal time is my business- whether it’s glamming, taking pics for Instagram, or promoting my brand.” 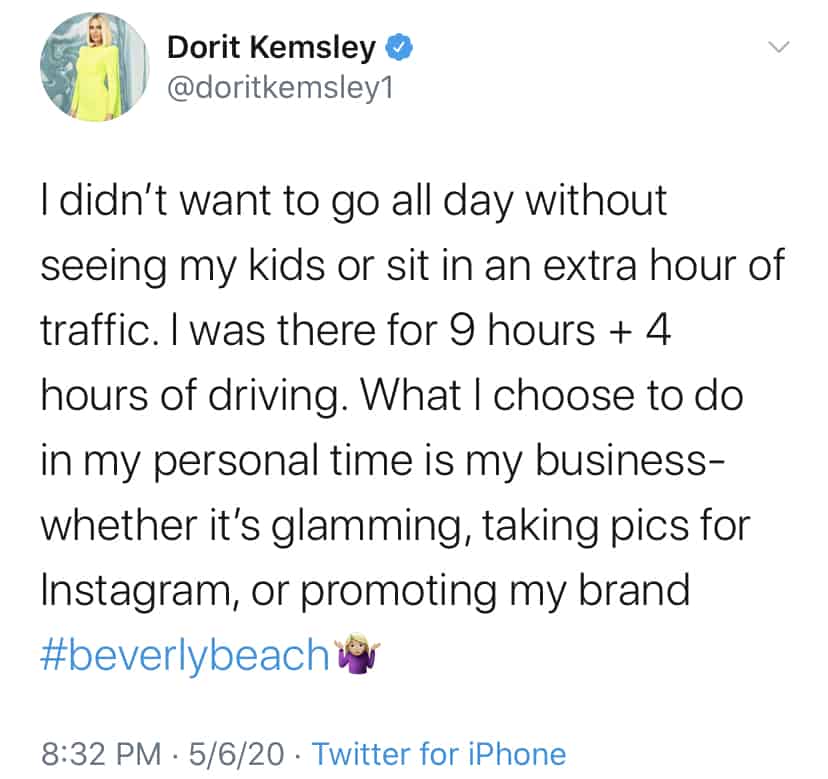