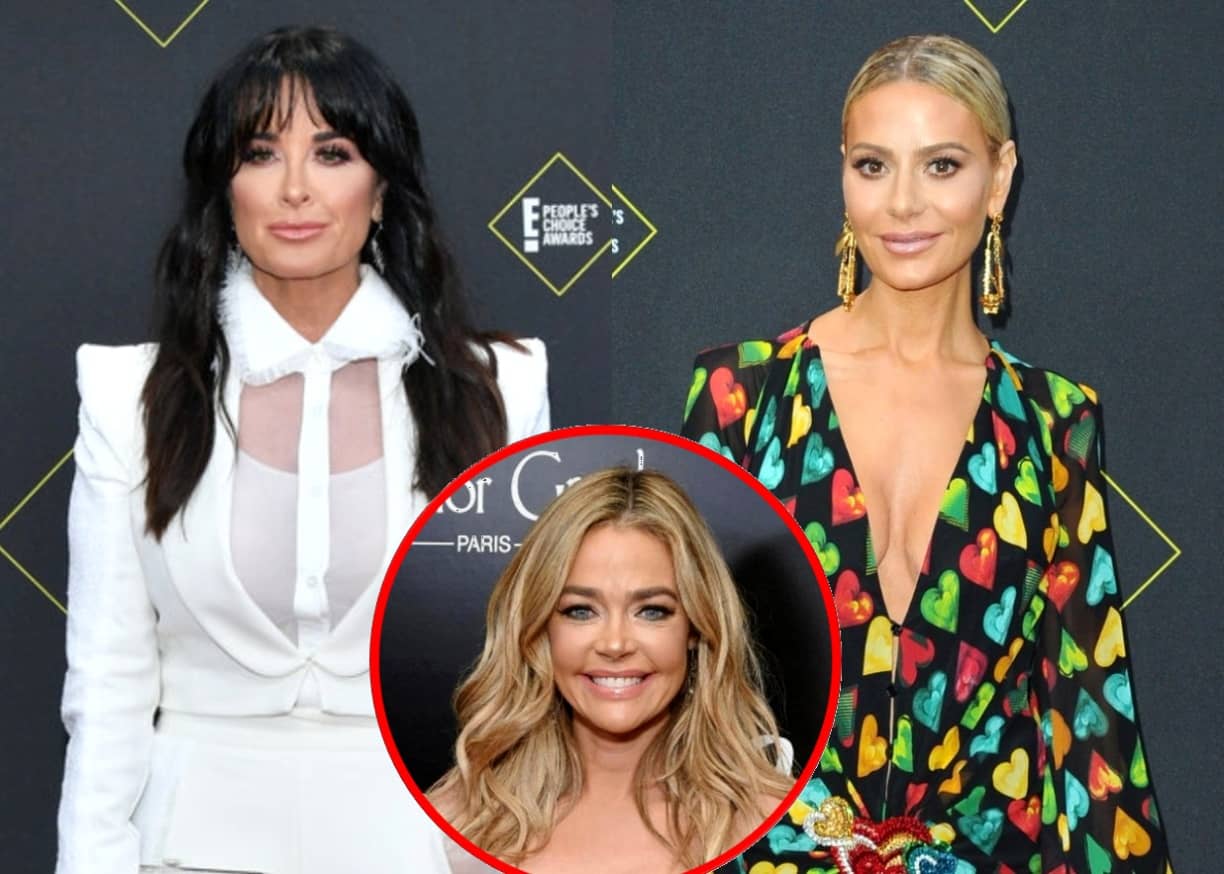 Kyle Richards wants fans to know that she and her Real Housewives of Beverly Hills castmates aren’t feuding with Denise Richards because of her alleged affair with Brandi Glanville.

During an interview with People Now, Kyle explained the real reason she and her co-stars are at odds with Denise before speaking of a potential reconciliation, her friendship with Brandi, her ongoing tension with Dorit Kemsley, and having Dorit’s back against Lisa Vanderpump last season.

“For us, it was stuff that was being said about all of us,” Kyle said of the issues the RHOBH cast had with Denise. “It had nothing to do with what happened between Brandi or Denise. That’s between them. That’s not our issue.”

While Kyle and her castmates didn’t seem to make any progress with Denise after their season 10 falling out, Kyle is open to making amends.

“I actually had no issues with [her] before this. We had the issue at her house but there’s rough nights in reality television. There’s always room for repair,” Kyle explained. “We’ve had these bumps in the road but I like Denise.”.

After confirming she and Garcelle seem to be on better terms following their dueling appearances on Watch What Happens Live weeks ago, noting that Garcelle has “been commenting” on her Instagram photos, she revealed she and Dorit haven’t been seeing eye-to-eye in recent weeks.

“I do think [Dorit focuses too much on glam],” Kyle continued. “We are a reality show and that’s not my reality to get hair and makeup done to go to a workout thing and then not actually work out. That’s weird to me. [Erika Jayne] did glam but she also got up and left her house at 5 a.m. and was on time.”

Although Kyle has taken issue with Dorit’s antics on season 10 in recent weeks on the show, she doesn’t blame her for the loss of her friendship with Lisa.

“I made the choice to speak up and say what I felt was right,” Kyle explained of the Puppy Gate scandal that ended her years-long relationship with Lisa. “What I didn’t like was that she’s like, ‘You never defend me.’ I just was like, ‘How do you not remember how we all went to great lengths?'”

Last season, Kyle sided with Dorit after Lisa was accused of leaking a story that accused Dorit of abandoning a dog she adopted from Lisa’s rescue center. Because of that, Lisa ended their friendship.

Kyle also said Lisa was “probably” still watching RHOBH, even though she claims she does not.

“My guess would be yes,” she stated.