Ex RHOBH Star Lisa Vanderpump Reacts to Fan Suggesting the “Crown” Belongs to Kyle Richards and Shares If She’s Watching New Season, Plus She Reveals Stepson Was Diagnosed With COVID-19 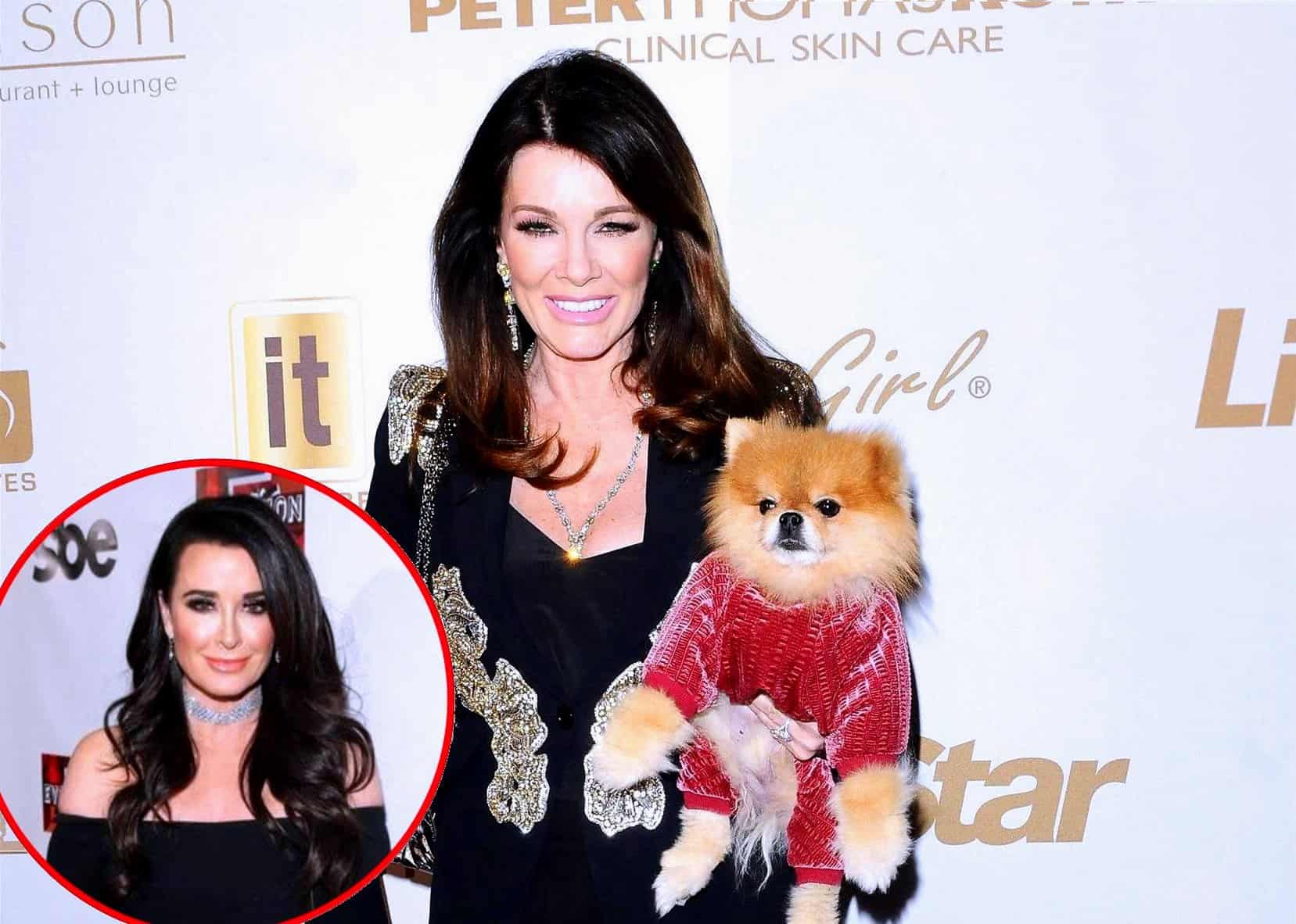 In addition to weighing in on a fan’s suggestion that the series’ “crown” now belongs on the head of Kyle Richards, who is the only remaining full-time original cast member of the show, Lisa revealed if she’s watching the new episodes before sharing that Ken Todd‘s son was recently diagnosed with COVID-19.

“The crown is heavy darling, so just leave it wear it belongs… on [Kyle Richards] head,” a fan wrote on Twitter earlier this week in a post tagging Lisa.

“Way to support your countrymen lol,” Lisa replied, seemingly giving a nod to the fact that she and the fan both hail from England. 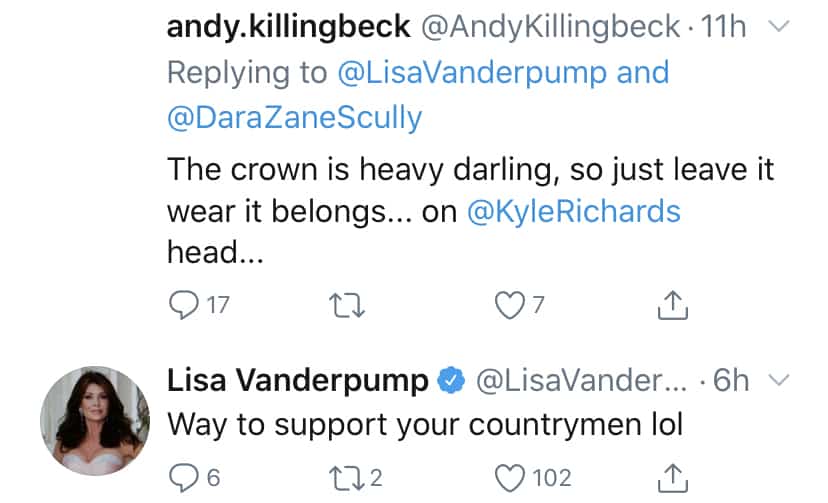 In another tweet, a different fan slammed Bravo for what she felt was the mistreatment of Lisa.

As fans may have noticed, the network seemingly made a dig at Lisa when they titled the RHOBH season 10 premiere episode, “The Crown Isn’t So Heavy,” referring to a comment made by Lisa Rinna during the episode. Years prior, Lisa said in her season seven tagline, “The crown is heavy, darlings, so just leave it where it belongs.”

“Bravo’s wrong to treat you as they have & we fans will continue to protest their treatment of you,” the person said. 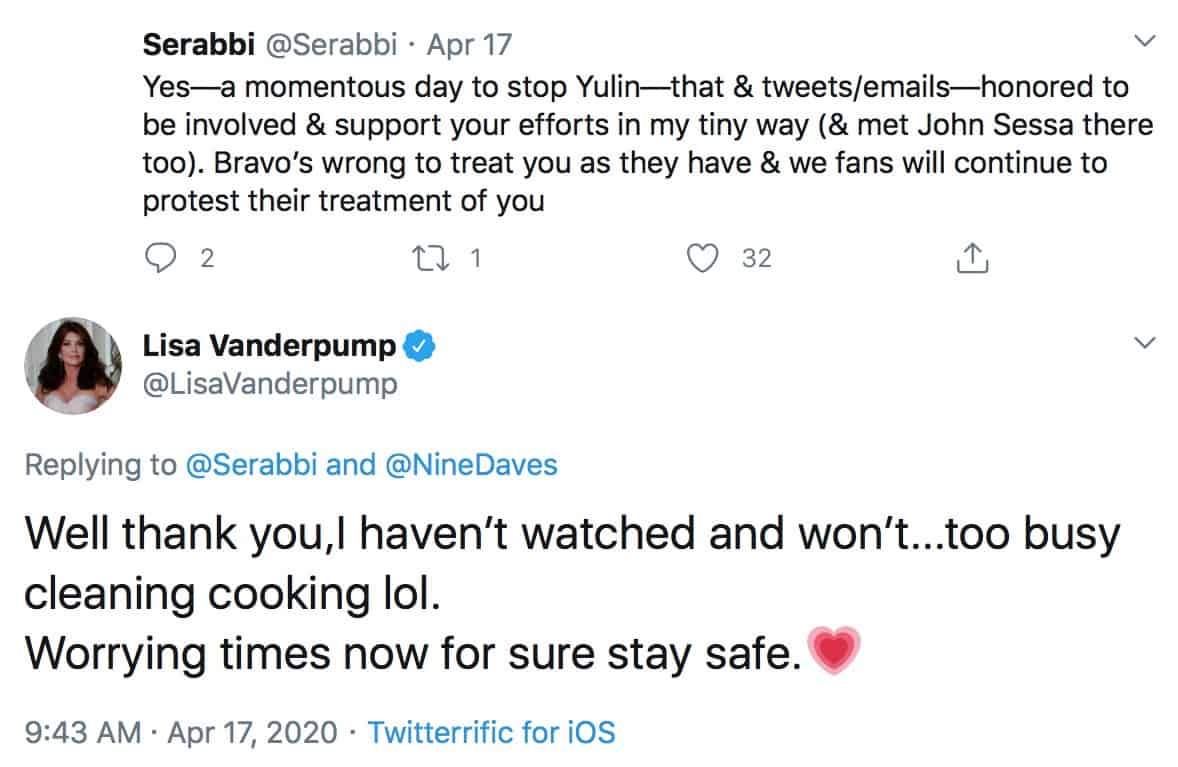 As the conversation continued, the same person encouraged Lisa to steer clear of RHOBH before revealing to her that ratings on the premiere episode were way down.

“Don’t watch—not worth your time & only upset you (which they want)—we’re not watching,” they said. “Their 1st episode ratings were WAY DOWN ????. You just keep being fabulous as always & you all stay safe too with gloves, masks & whatever means possible.”

“It’s very unnerving for sure, we just all have to hope this will pass,” Lisa replied. “So many losses tho.”

Lisa then said that her step-son, likely referencing Ken’s son from a previous marriage — Warren Todd, was diagnosed and he’s since recovered from the coronavirus. 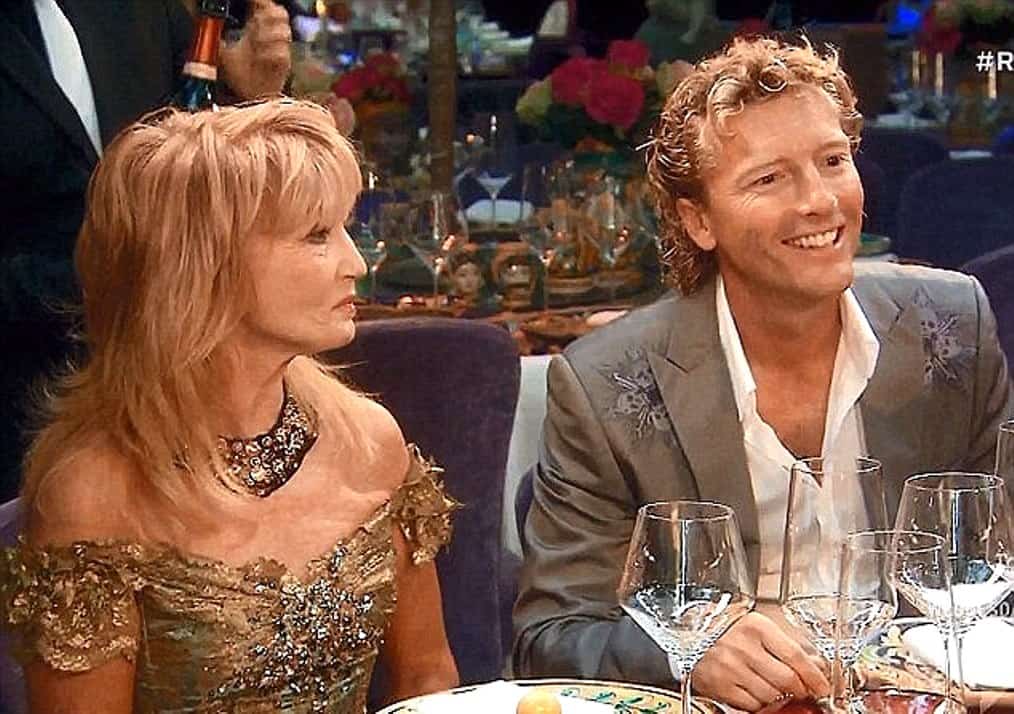 “I am protective of Ken also his son had it and has recovered, we were very worried. Sending love,” she added. 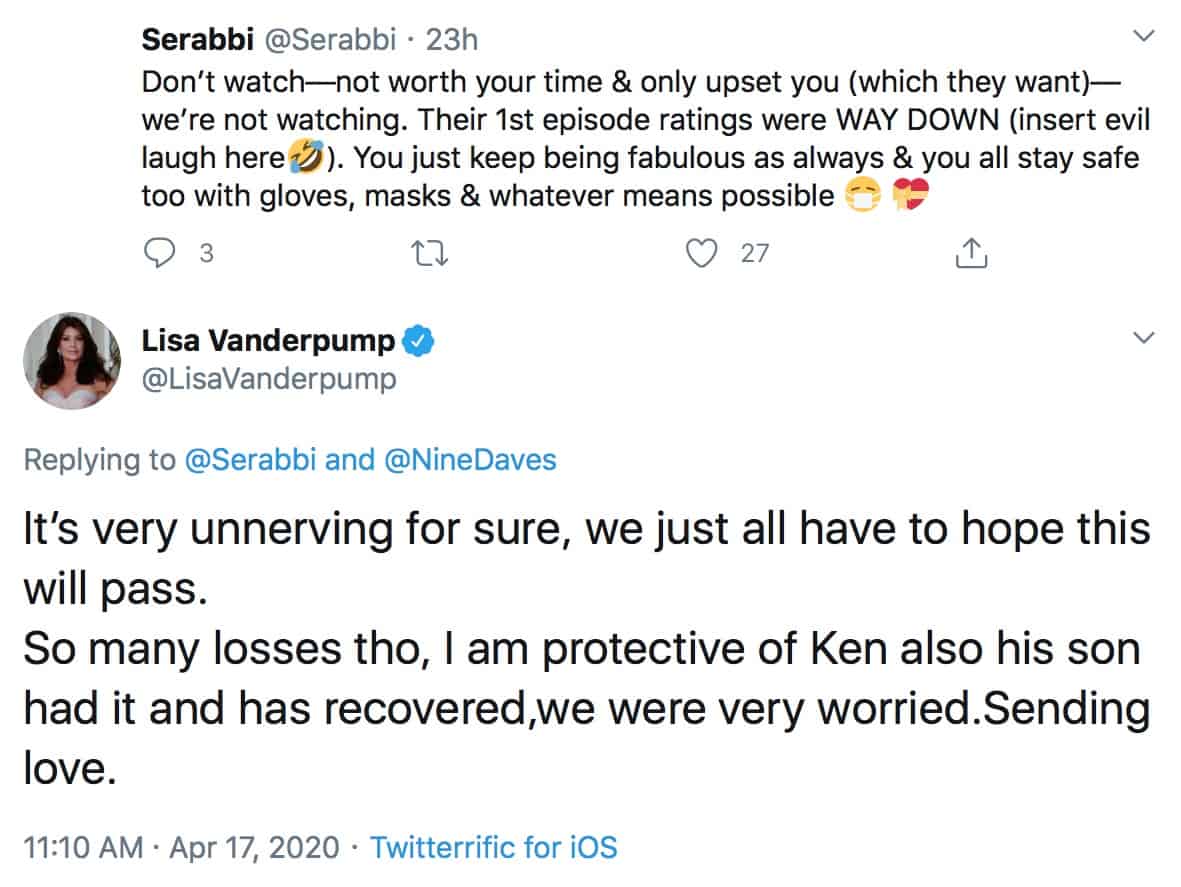 The Real Housewives of Beverly Hills season 10 airs on Wednesdays at 8/7c on Bravo.