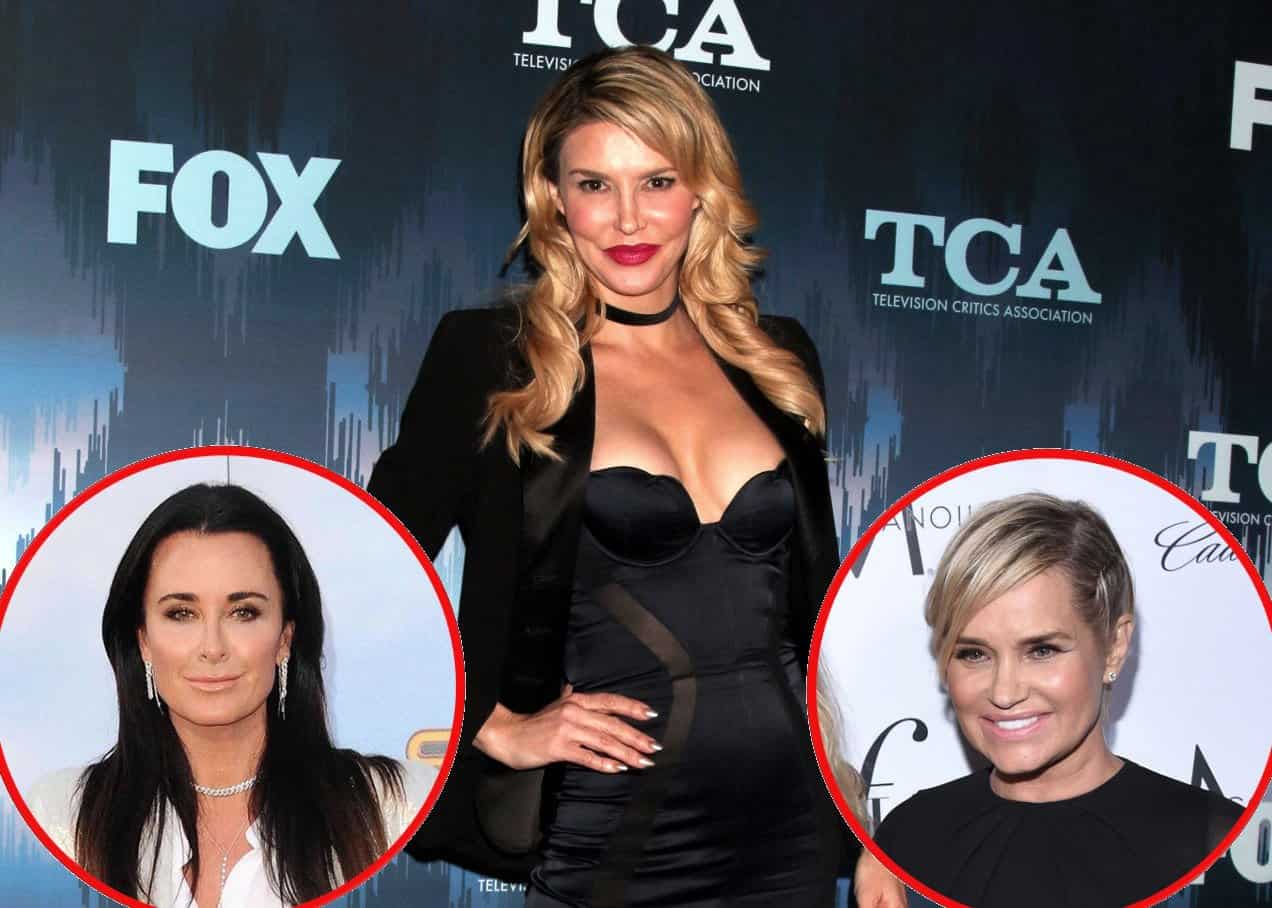 Brandi Glanville hosted a Q&A session on her Instagram Stories on Monday night, and during her chat with her fans and followers, the Real Housewives of Beverly Hills star answered questions about her friendships with cast members and the series’ upcoming 10th season.

In addition to revealing her most and least favorite reality shows she has appeared on, Brandi dished on her relationships with Kyle Richards and Yolanda Hadid before revealing when Bravo will be releasing the official trailer for season 10.

“My most favorite is RHOBH, my least favorite was [Celebrity Apprentice],” Brandi explained on March 9 when asked about the reality shows she has filmed. “It’s very uncomfortable to ask people for money when you can’t tell them exactly what charity it’s going to.”

After a second fan asked Brandi if she was planning to welcome Kyle to her podcast, Brandi applauded Kyle as a “great friend” before confirming she will soon appear on Brandi Glanville Unfiltered.

“Yes she has really proven to be a great friend,” Brandi stated. “I couldn’t see it before for obvious reasons but the moment I asked she said absolutely because she knew it would help me however bravo asked that we wait until after the show airs.” 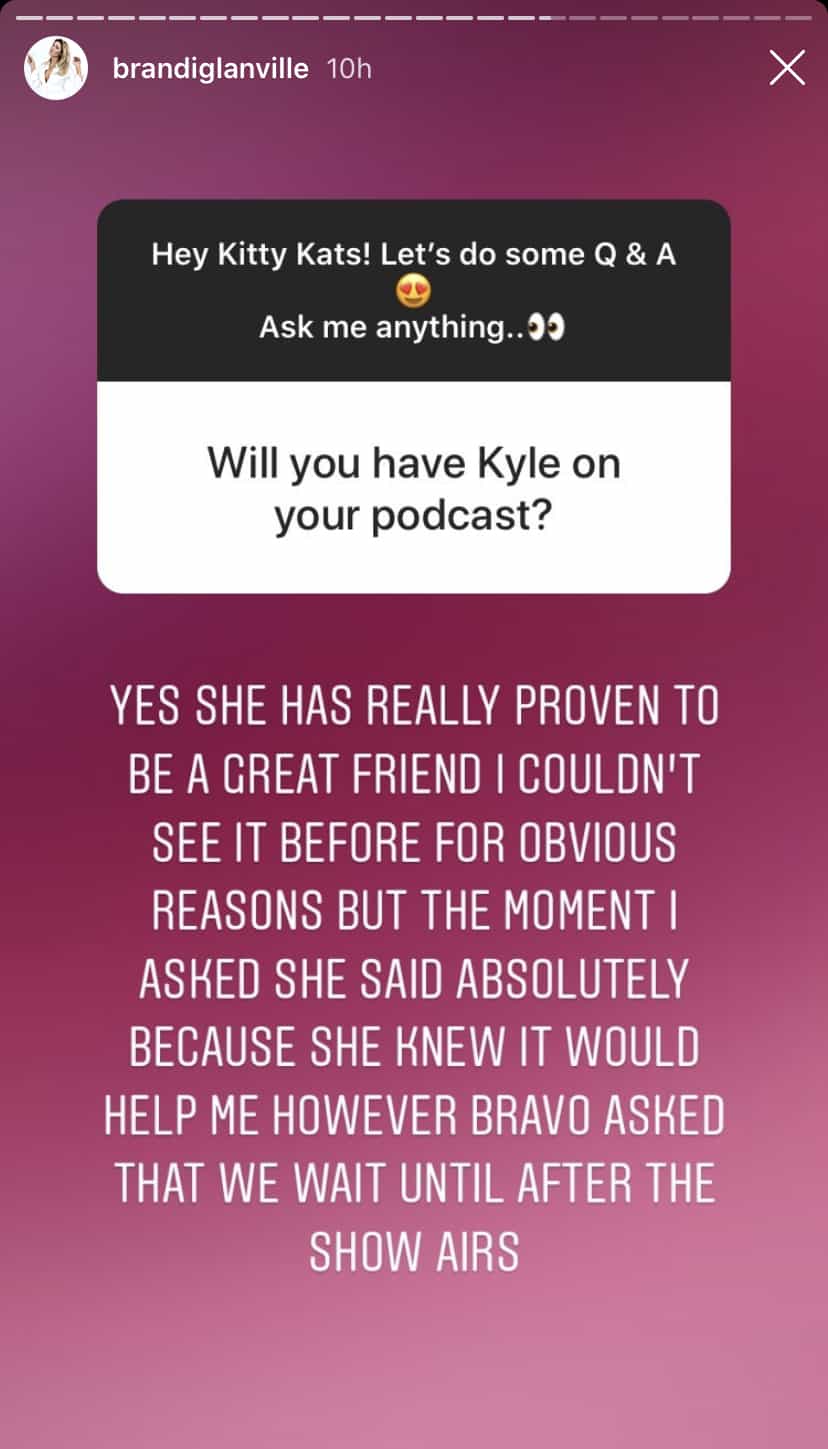 “Are you and Yolanda still friends? Friendly? Distanced?” another fan asked.

“I love Yo forever and we text here and there,” Brandi replied. “We always get right back to one another. I am honestly the worst at keeping in touch with people. It doesn’t mean I don’t love them but I have [two] teenagers and a full plate. But I think we all feel the same about each other. I would do anything for any of my true friends even if I hadn’t talked to them in months.” 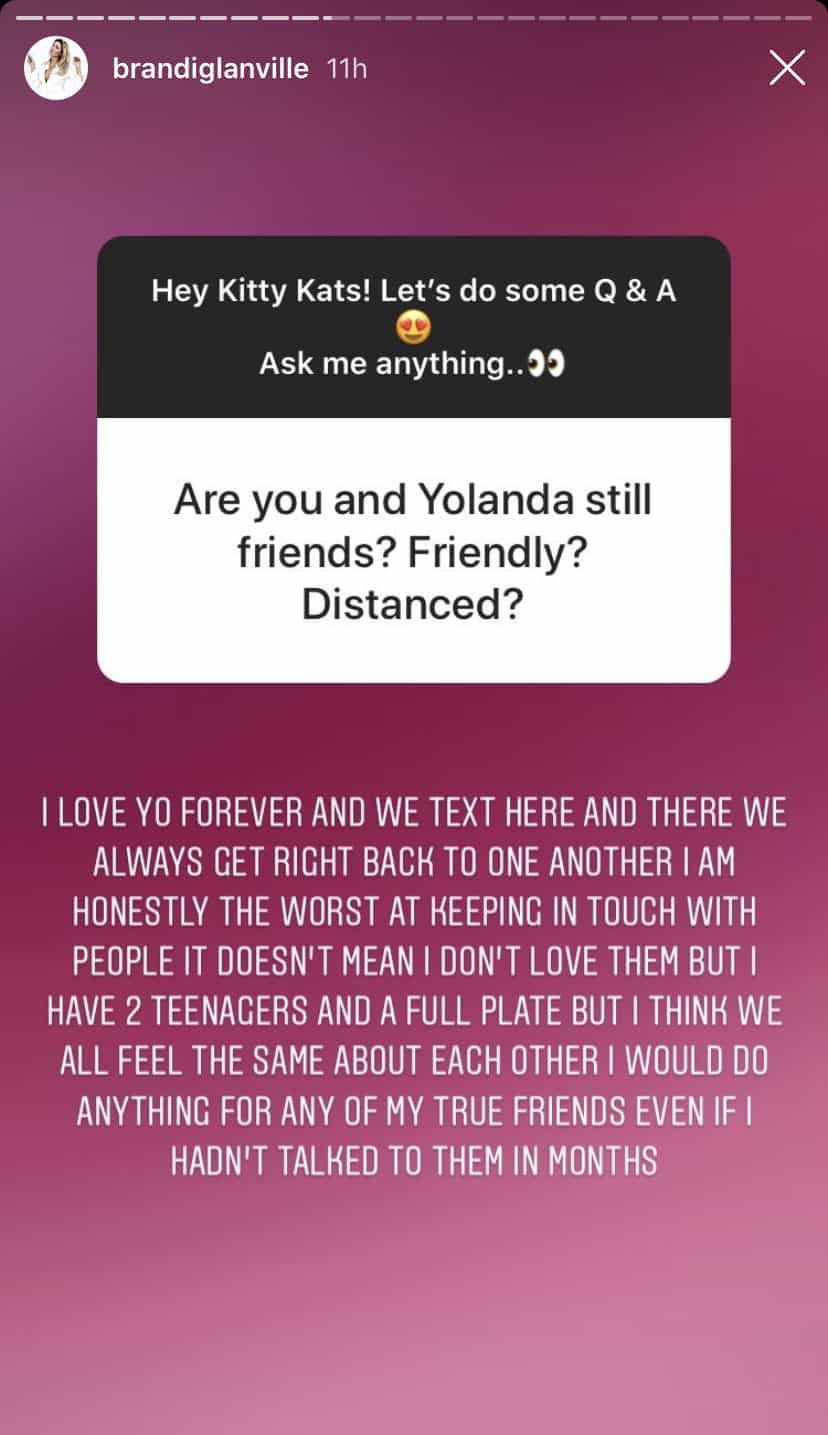 Brandi then responded to a fan who wanted to know if she’d seen the season 10 trailer for RHOBH.

“No, not yet. I [hear] it’s one more week before it comes out!” she teased. “Fuuuuuu*k it’s gonna be fun and tough… prepping for the hate.” 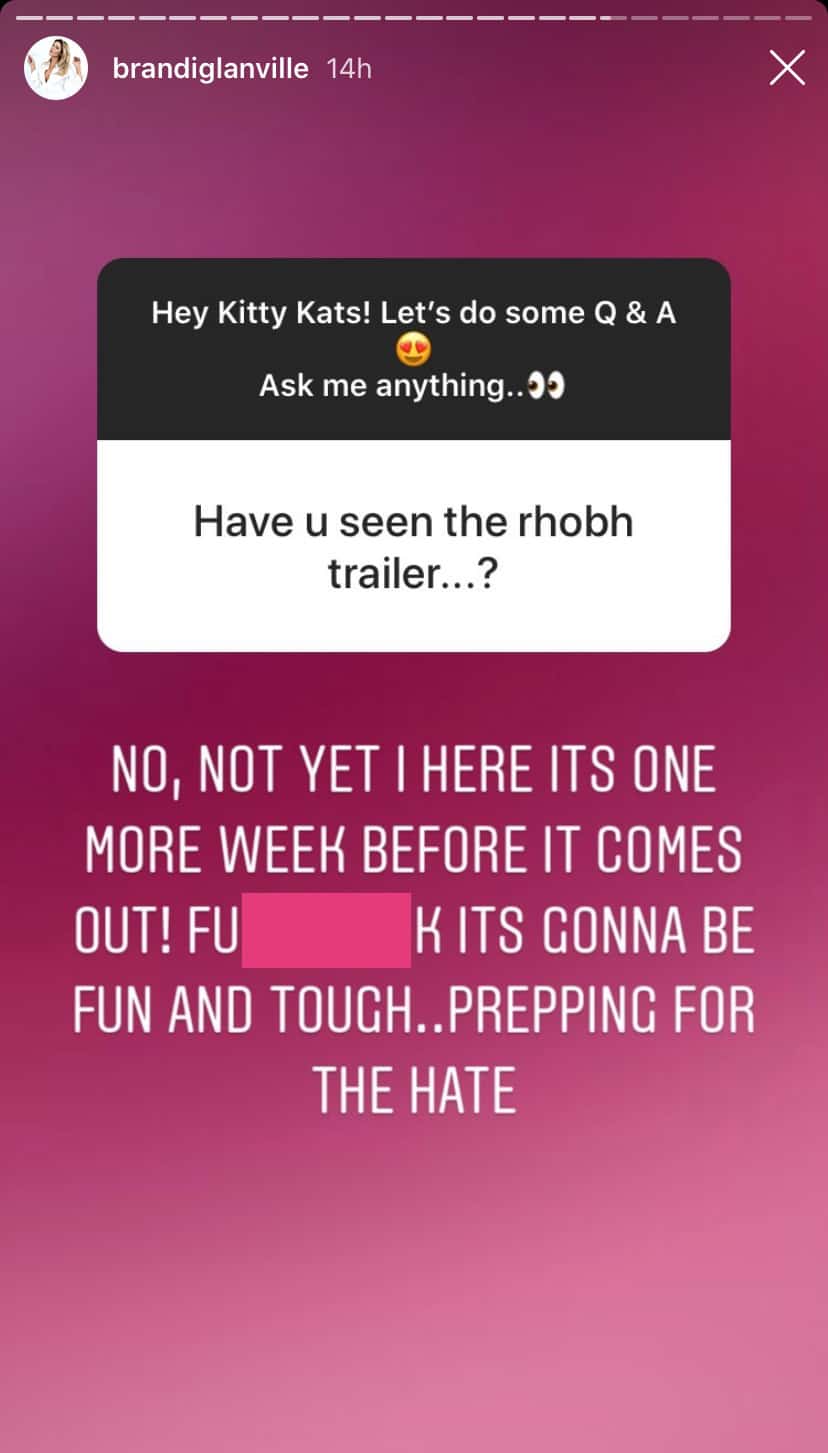 The Real Housewives of Beverly Hills season 10 premieres April 15 at 9 p.m. on Bravo.