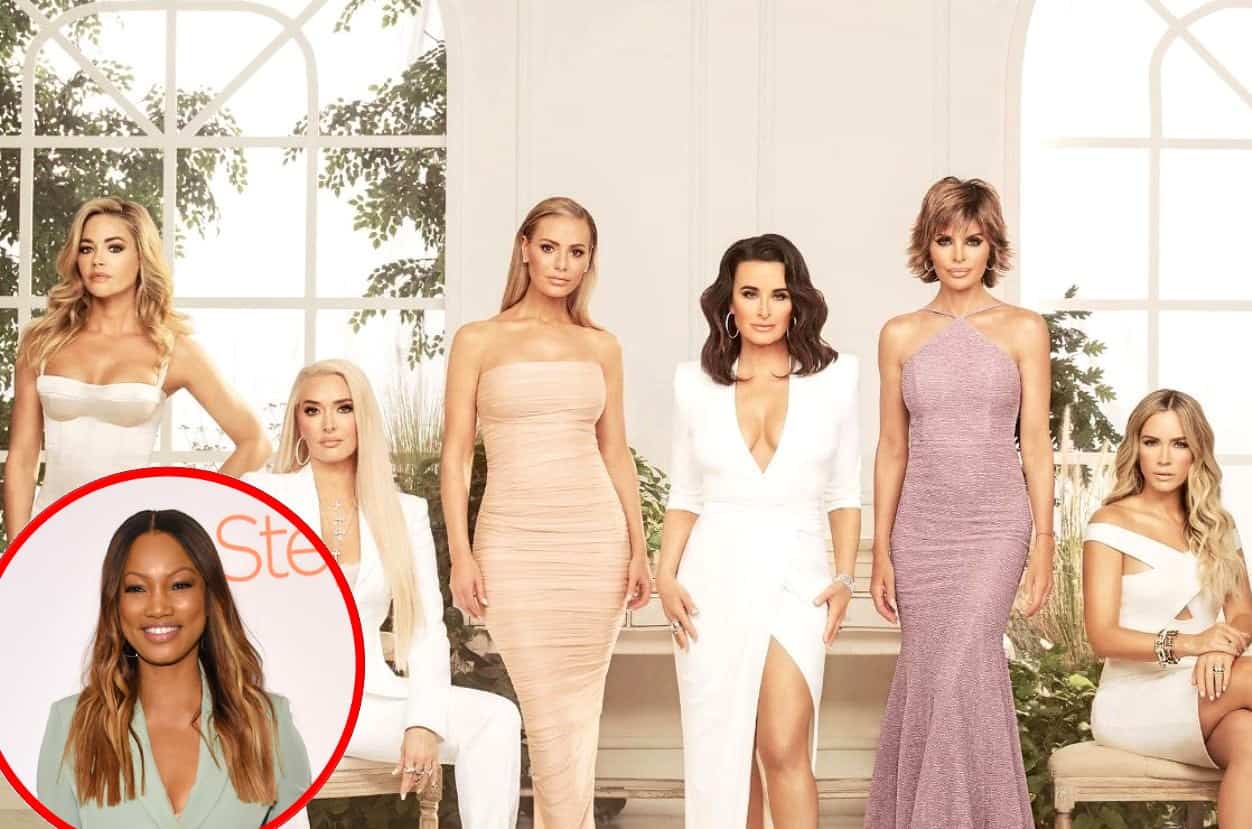 Amid filming on the new season of The Real Housewives of Beverly Hills, newbie Garcelle Beauvais has just shared her first photo with her costars. See that picture below as Kyle Richards debuted her new line, Kyle and Shahida, on Sunday, September 8 during New York Fashion Week, which featured her costars walking in her show.

While joined by her fellow RHOBH cast members, including newbies Garcelle Beauvais and Sutton Stracke, who dished on their additions to the show during the event, Kyle showcased her colorful new resort collection with designer Shahida Clayton. RHOBH cast members Erika Jayne, Denise Richards, Lisa Rinna, and Dorit Kemsley also all showed their support at the show.

“I’m so embarrassed,” Kyle told The New York Post backstage afterward. “I tried to pull it together but I couldn’t.”

Also in attendance at the launch of Kyle’s new line were two of her daughters, Sophia Umansky and Alexia Umansky, and her nieces, Paris Hilton and Nicky Hilton.

“I’m from a family of all women and fashion is a part of our lives. After closing my stores, I thought, ‘What’s my next move?’ I just decided I want to do a clothing line and I found an amazing partner in Shahida. We bounce ideas back and forth, so that it’s a collaboration between us,” Kyle explained.

Garcelle, who took to her Instagram page to share her first photo with her costars and her fellow newbie Sutton, spoke to The New York Post at Kyle’s event.

“I think it’s about time,” Garcelle said of Bravo TV’s decision to add her to RHOBH as its first African American cast member. “I think they’re a little late. Diversity is already great and inclusion is always wonderful.”

“I’ve always been an open book, whether I’m going through a divorce or whatever. I’ve had ups and downs, but I’ve also had a beautiful life. Out of the downs, I’ve been able to make them positive,” she continued.

Garcelle is a mom to twin boys, Jax and Jaid. According to the actress, they were happy to hear about her new role.

As for what convinced Sutton to join RHOBH, she joked that she had “lost [her] mind for a day.”

“You know what, I wouldn’t have done it, but I watched the show, and I liked all the girls and I wanted to have the experience,” she explained.

Sutton has three teenage children, and she said that when it came to their thoughts on the show, they seemed to be completely “indifferent” about their mom’s upcoming journey.

Kyle’s show also featured her castmates, including Lisa, Erika, and Denise, modeling her clothes and walking in her runway show.

The Real Housewives of Beverly Hills season 10 will air sometime next year on Bravo TV.