Erika Jayne Suggests Kyle Richards is Not ‘Truly Concerned’ About Legal Drama, Reacts to Her “Yelling” and Hints Dorit is a Better Friend as Kyle Speaks, Plus RHOBH Live Viewing 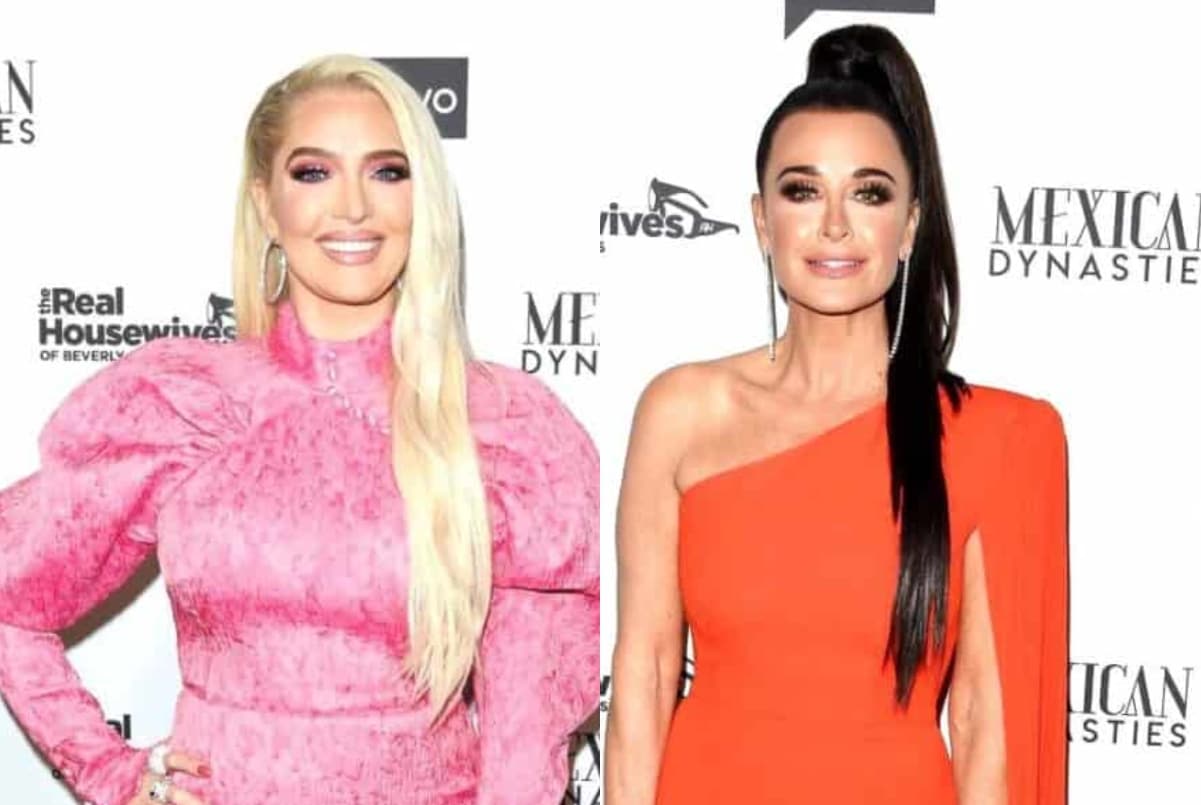 Erika Jayne isn’t happy about the way Kyle Richards acted on Wednesday night’s episode of The Real Housewives of Beverly Hills, which saw the ladies in a heated confrontation in Aspen.

After downplaying the victims of her estranged husband Thomas Girardi‘s fraud scandal during an argument with Crystal Kung-Minkoff, during which she declared, “I don’t give a f-ck about anybody else but me,” Erika found herself in a battle not many expected — and she didn’t appreciate how Kyle came at her.

“In my opinion, Kyle could’ve come over and said, ‘Hey Erika, I wanna talk to you for a second,’ instead of yelling at me from the sidelines,” Erika said on the September 7 episode of the RHOBH: After Show.

According to Erika, if Kyle was truly concerned, she would’ve spoken to her privately.

“Anybody who’s really truly interested in what I was doing or how bad it looked or how bad it felt… [Dorit Kemsley knows] to come grab my hand and be like, ‘Hey, can I talk to you for a second,’ but that’s not what happened,” she noted.

Meanwhile, in her own segment, Kyle said that she was forced to speak out against Erika due to the comments she was making in regard to the “potential victims” of Thomas’ legal malpractice.

“I was not happy to be fighting with someone I considered a friend but I just really was taken aback by the things she was saying and I couldn’t keep my mouth shut,” she explained, noting that she’d be “letting it all play out” before their encounter.

“I really struggled with the Erika stuff during this whole time because I know what’s being said about her out there. I read all the headlines but she’s been nothing but kind to me,” Kyle reasoned. “Of course people love for someone to be blindly loyal, especially when they’re the one in the hot seat, but it’s really hard to do that sometimes.”

“I was put in a position where I had to be honest. I couldn’t lie,” she continued. “I could see that she had been drinking and she kind of just shifted… I knew she wasn’t herself but I had to speak up. I couldn’t have lived with myself if I didn’t.”

Following the ladies’ interaction, Sutton Stracke joked that she’s been there and done that.

“I’ve already asked all these questions. I was watching a rerun,” she stated.