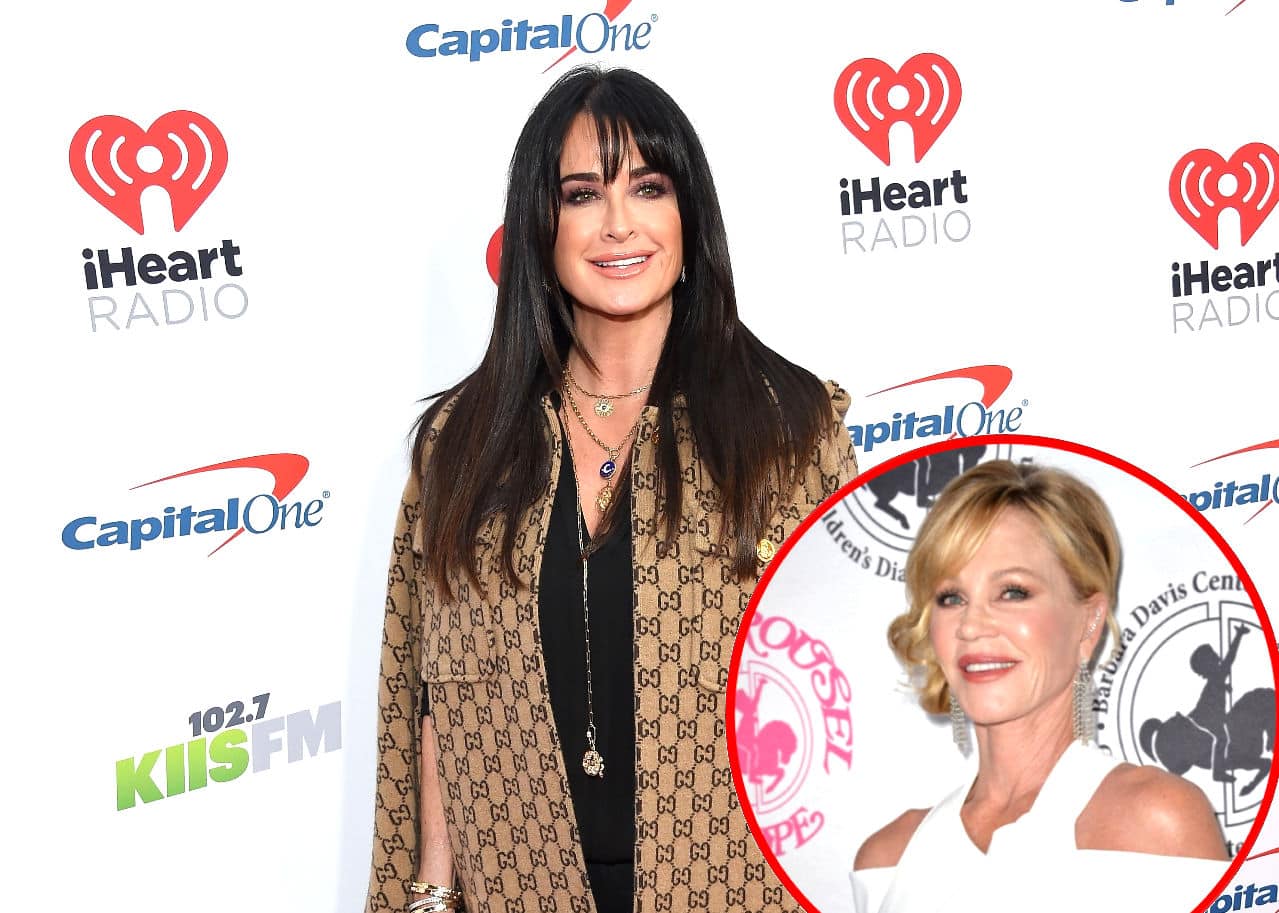 In August, Real Housewives of Beverly Hills star Kyle Richards unveiled two new tattoos. The designs, which were placed on her wrists, showcased a heart and the number 18 in Roman numerals.

As fans speculated on the markings, Kyle confirmed that they were real, and she said she recently purchased them. Now, her daughter Alexia Umansky has revealed the significance of the number 18.

On her Instagram story, the 26-year-old explained, “All my sisters have 18 in their birthday… That being said, it’s our family’s lucky number.”

The realtor added, “In the Jewish religion, ‘18’ can be translated into ‘life’/‘chai.’ A lot of times, people gift money or donate in multiples of 18 because it’s believed to be good luck.”

Alexia herself tattooed the number on her arm and shared the following photo with her explanation. 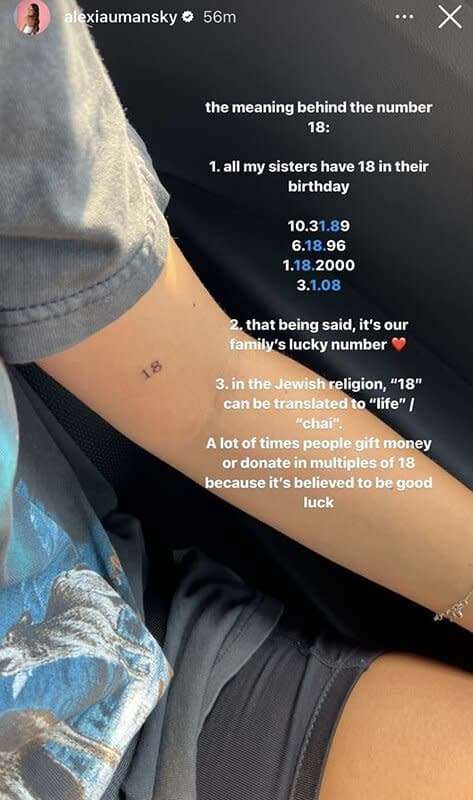 According to a recent report, Kyle is doing more than just getting new tats behind the scenes — she is also attempting to recruit a new Housewife.

A source who spoke with Life & Style claims the ‘OG’ castmate wants Melanie Griffith on the show.

The insider said that, while at Melanie’s 65th birthday party, Kyle suggested the actress join the franchise.

“Everyone thought it was a joke, but Kyle was being dead serious,” said the source, via All About TRH. “Melanie is Hollywood royalty, so she’s got tons of great stories. Plus, Kyle hinted that Andy Cohen would love for it to happen, too.”

The insider also revealed: “The idea of starring on a reality TV show both fascinates and frightens Melanie.”

Many fans (who are unhappy with Erika Jayne) are calling for her replacement. Others point out, however, that the pop singer’s controversy is driving viewers to the show, and the current ratings are through the roof.

RHOBH, like any other show, is a business. If Melanie joins the franchise, she’ll likely replace any castmate except Erika. Numbers speak louder than tweets. Why would producers cut off the source of their success?