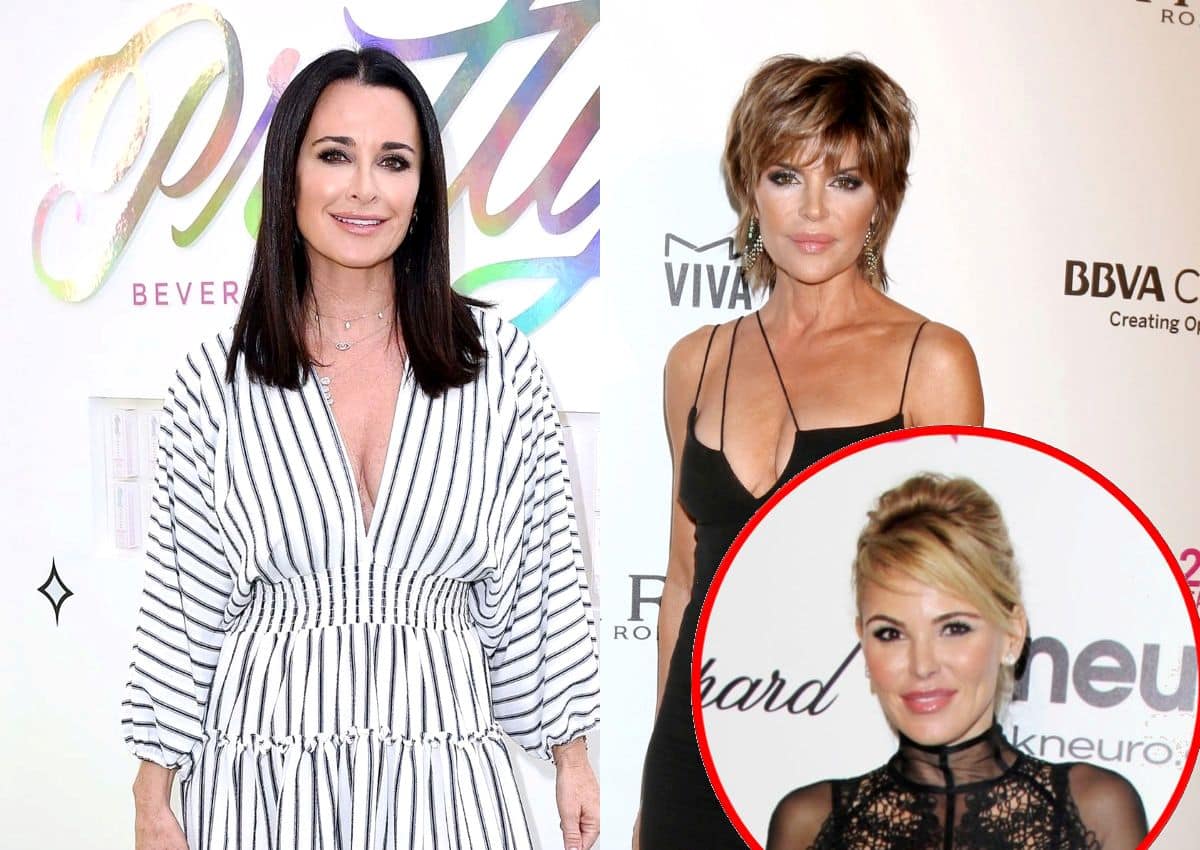 Kyle Richards and Sutton Stracke are weighing in on Lisa Rinna‘s departure from The Real Housewives of Beverly Hills.

As Sutton suggested the entire cast is “sad” to see Lisa move on, Kyle admitted that despite the drama that went down between Lisa and her sister, Kathy Hilton, on season 12, she’s going to miss having Lisa on the show and finds it strange that she won’t be a part of the upcoming episodes.

“I will [miss Rinna]. And don’t ‘at’ me because she fought with my sister last year and all that. You know what, guys? I can put those two situations in separate [places] because we did have a lot of amazing times on the show over these years and Lisa brought a lot to the show on her eight years of being on,” Kyle revealed on Amazon Live, via Everything Houswives on Instagram. “Regardless of what happened last year, and I have very strong feelings about what happened last year, regardless of that, she brought a lot to the show.”

According to Kyle, she’s not focused on Lisa’s feud with Kathy, but rather on the fun times they experienced together in the past eight seasons.

“We had a lot of great times and that’s what I’m choosing to think about and remember even though that also makes me sad. It’s very strange to think she’s gone and I’m not someone who likes change,” Kyle noted.

Meanwhile, Sutton acknowledged that the ladies of RHOBH are sad to see Lisa’s run on the show come to an end.

“I think we’re all sad that Lisa’s leaving,” Sutton shared on The Sarah Fraser Show. “I think she’ll be missed. She always loved to stir that pot and then we all liked to taste the soup so I think we’ll miss Lisa’s soup but I don’t think this is the last we’ll see from her.”

“I think it’s gonna be a nice time of reflection for her, is what I’m hoping, and I wish Lisa all the best,” she added.

“I actually know a lot of people on there obviously but we got some [RHOBH] being represented… all ex-housewives,” Kyle noted, via Everything Housewives on Instagram. “Camille’s on there and Brandi… They… I’m just gonna say it: They don’t like each other. I was trying to think of a nice way to put that. They are not friends.”

As she prepared for the start of filming on the upcoming 13th season of RHOBH earlier this week, Kyle took to her Instagram page, where she shared a hilarious throwback video of Rinna attempting to get Kyle and Dorit Kemsley out of her bed as Teddi Mellencamp filmed a video of the trio in Provence, France, amid season nine.