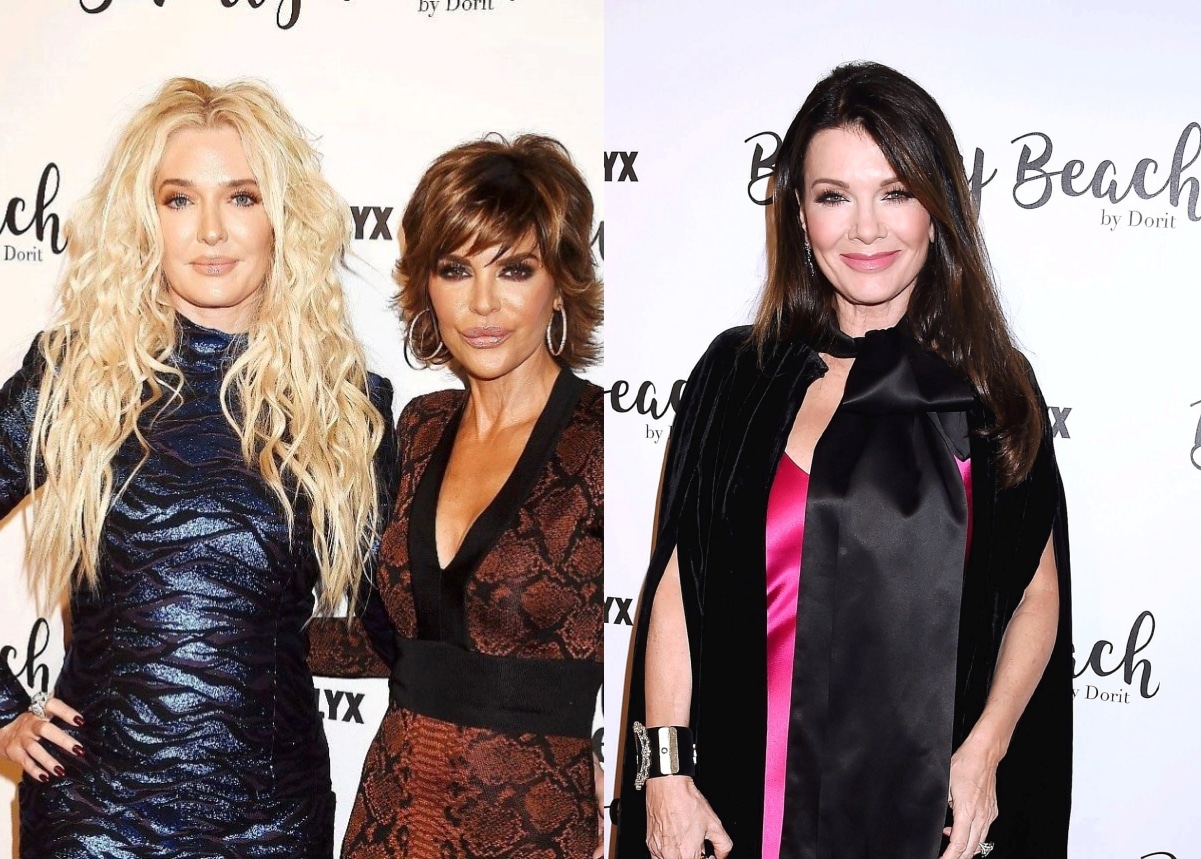 Erika Jayne is worried about the future of The Real Housewives of Beverly Hills.

Following the confirmation of Lisa Rinna‘s departure from the Bravo reality series on Thursday, Erika admitted she doesn’t know what will happen with the series’ ratings as she shut down the idea of “coward” Lisa Vanderpump returning to the show and explaining why she has “respect” for Kathy Hilton.

“I don’t know what’s gonna happen [with the ratings]. They can’t [replace Rinna]. She’s the G.O.A.T. She’s the f-cking G.O.A.T. I mean, they can try,” Erika told TMZ while shopping in Los Angeles on January 6, adding that Vanderpump certainly isn’t the person for the job.

“She’s a coward that ran away and couldn’t show up for the reunion, and so I don’t think that’s a good fit,” Erika explained, giving a nod to Vanderpump’s season nine reunion absence, which came after her June 2019 exit announcement.

As for Kathy, who feuded with both her and Rinna amid RHOBH season 12 (due to Erika’s slur claims and Rinna’s meltdown claims, both of which Kathy denied), Erika admitted that she actually has a lot of respect for Kathy after seeing her show up to the reunion and face the allegations against her.

According to Erika, she’s gonna miss Rinna “very much” in future seasons but appreciates the fact that she “gained a BFF in real life, which is sometimes much more important” than having her bestie alongside her on RHOBH.

“I mean, obviously, she’s a very close friend of mine, and in my personal life, I will still see her. But she will be missed, and I think that everyone will feel it,” Erika noted, seemingly giving another nod to her concerns about the show’s impending ratings.

When Erika was then asked what’s next for Rinna, she mentioned her business endeavors, including her newly-launched Rinna Wines.

Immediately after Rinna revealed she was leaving RHOBH, Vanderpump took to her Twitter page, where she wrote, “Ding dong,” in a nod to the phrase, “Ding dong, the witch is dead.” And, shortly after she did so, Kyle Richards “liked” a post criticizing her apparent shade.

“Why didn’t you comment about Vivienne Westwood and have to comment on this?” read Kyle’s “liked” message.

In other RHOBH news, Rinna made her first post-exit appearance alongside husband Harry Hamlin on Friday night at the premiere of 80 for Brady, which Harry stars in, at the 34th Annual Palm Springs International Film Festival in California.

“The reality TV star looked chic in a classy black blazer dress, belted at the waist, which she paired with sexy thigh-high black boots with a feather trim. She added a nod to RHOBH by accessorizing with a sparkling rhinestone bunny purse,” the Real Housewives Zone shared with a slideshow of pics.

A number of additional pics were shared on Rinna’s Instagram Story, including the first two images seen in the slideshow below.

Filming on The Real Housewives of Beverly Hills season 13 is expected to begin later this month.